In his opening remarks, Biden stressed the importance of private companies collaborating with the federal government to defend against cyber threats, and urged the companies to improve their cybersecurity.

“The reality is, most of our critical infrastructure is owned and operated by the private sector, and the federal government can’t meet this challenge alone,” Biden said. “I’ve invited you all here today because you have the power and the capacity and the responsibility, I believe, to raise the bar on cybersecurity.”

The primary purpose of the meeting was to address “the root causes of any kind of malicious cyber activity,” senior administration officials said at a briefing announcing the meeting. The officials said private companies would take “concrete steps” to beef up their cybersecurity.

Following the meeting, Google announced it was committing $10 billion to improve its cybersecurity, including expanding its zero-trust computing programs and enhancing the security of open-source software used by many federal agencies and companies. The company also said it would help 100,000 Americans earn certifications in fields such as information technology and data analytics.

Microsoft said it will invest $20 billion over the next five years to improve its cybersecurity standards, $150 million of which will help local, state and federal governments maintain their cyber defense systems, according to a White House announcement. The company was itself the victim of a cyber attack earlier this year when its Exchange email service was allegedly breached by Chinese-sponsored hackers. 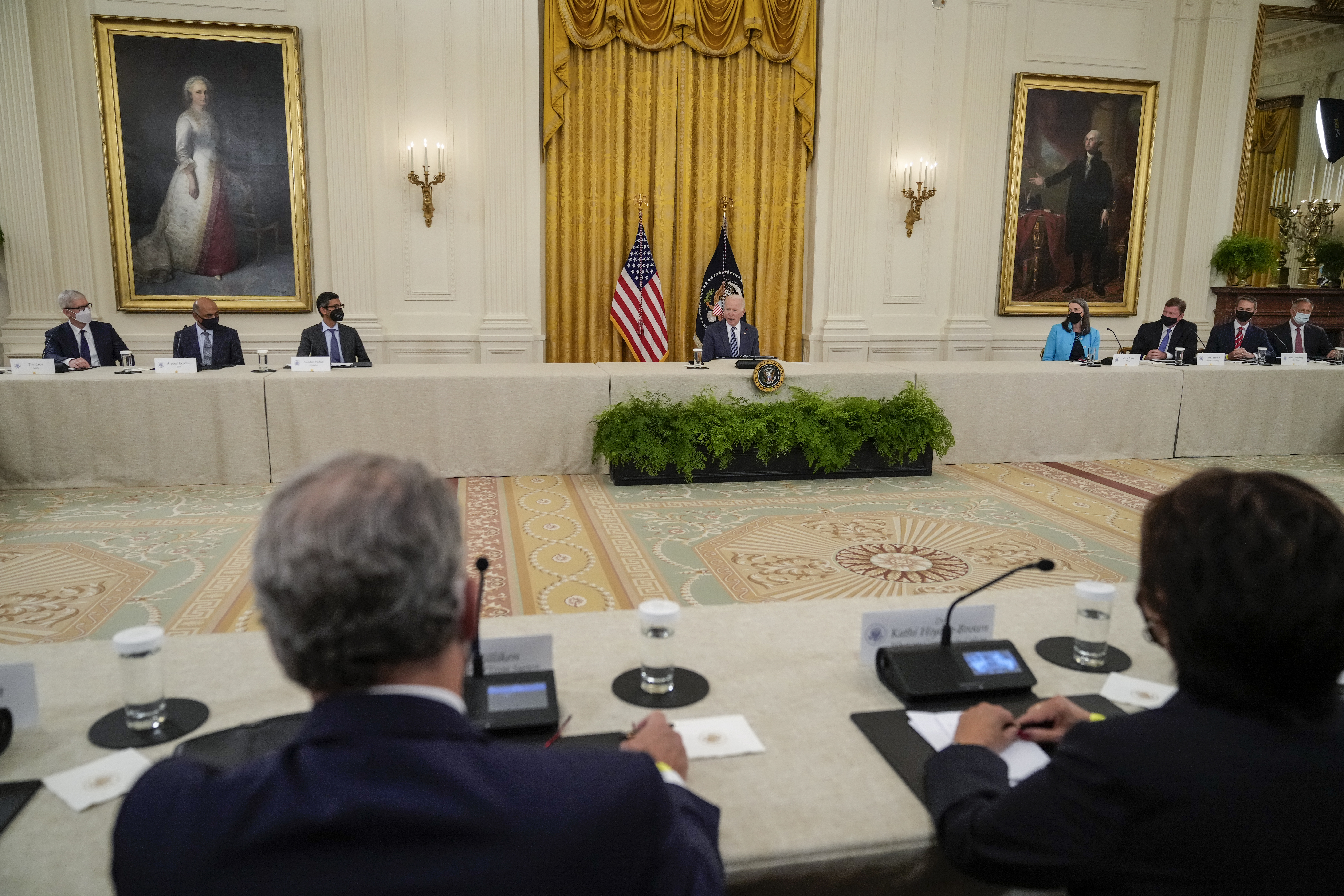 U.S. President Joe Biden speaks during a meeting about cybersecurity in the East Room of the White House on August 25, 2021 in Washington, DC. (Photo by Drew Angerer/Getty Images)

Amazon announced it will give its Amazon Web Services customers free multi-factor authorization tools as well as free cybersecurity training materials, while IBM said it would help 150,000 people over the next three years learn cybersecurity skills, according to the White House. Apple said it would work with its suppliers to implement security measures and improve responses to cyber threats.

The Biden administration has made cybersecurity a priority following a string of ransomware attacks that affected major businesses and critical infrastructure earlier this year.