“Texans, like everyone else in this country, should be able to count on safe abortion care in their own state,” Whole Woman’s Health CEO Amy Hagstrom Miller said in a statement. “No one should be forced to drive hundreds of miles or be made to continue a pregnancy against their will, yet that’s what will happen unless the Supreme Court steps in.”

Represented by attorneys from the American Civil Liberties Union and the Center for Reproductive Rights, abortion groups asked the highest court in the land to block the enforcement of Texas’ Heartbeat Act (S.B. 8), signed into law May 19. The law bans abortions after the unborn baby‘s heartbeat can be detected, usually by about six weeks, and makes exceptions for medical emergencies but not in cases of rape or incest.

The Heartbeat Act has raised the ire of pro-abortion advocates as it allows “any person” to sue doctors, abortion clinics, or anyone who “knowingly engages in conduct that aids or abets the performance or inducement of an abortion.”

Those who sue over an abortion may be awarded $10,000 “for each abortion that the defendant” performed, induced, aided, or abetted in violation of the law — monetary amounts that some pro-abortion advocates are calling “bounties.”

The abortion groups asked the Supreme Court to block the law only two days before it was scheduled to go into effect. Center for Reproductive Rights President Nancy Northrop warned that if the law is not blocked within the next two days, “Texas politicians will have effectively overturned Roe v. Wade.” (RELATED: Attorney Takes Legal Action To Block ‘Desperate’ Texas Law Allowing Citizens To Sue Clinics, Doctors For Performing Abortions)

“I am confident in the constitutionality of SB 8,” Chelsey Youman, Human Coalition Action Texas Legislative Director, told the Daily Caller News Foundation Monday. “Texas has a compelling interest in protecting its most vulnerable from death by abortion.” 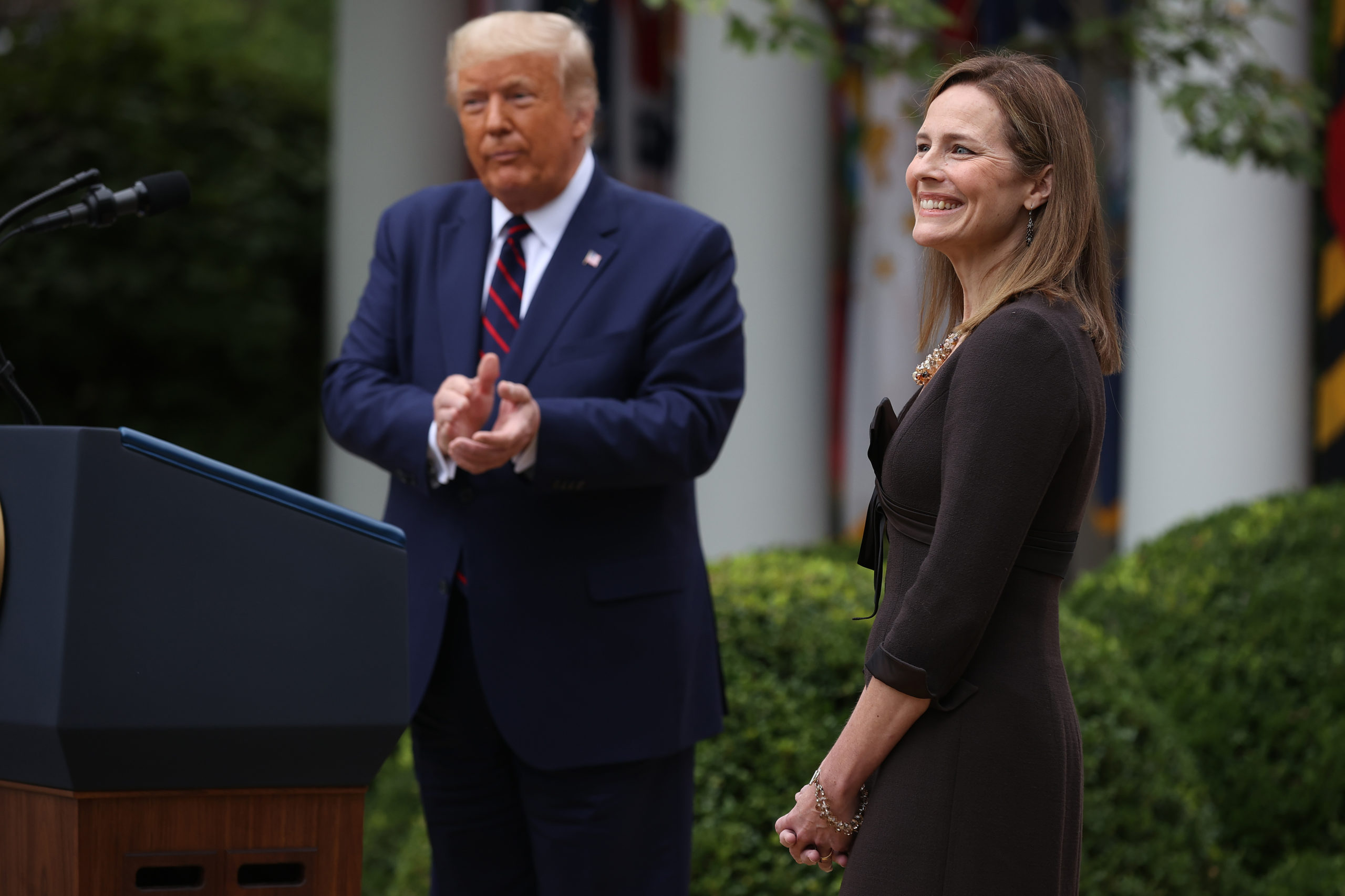 WASHINGTON, DC – SEPTEMBER 26: Seventh U.S. Circuit Court Judge Amy Coney Barrett smiles after U.S. President Donald Trump announced that she will be his nominee to the Supreme Court in the Rose Garden at the White House September 26, 2020 in Washington, DC. With 38 days until the election, Trump tapped Barrett to be his third Supreme Court nominee in just four years and to replace the late Associate Justice Ruth Bader Ginsburg, who will be buried at Arlington National Cemetery on Tuesday. (Photo by Chip Somodevilla/Getty Images)

“The abortion lobby is obviously scrambling, pulling all the tricks out of their proverbial hats to try to stop this legally sound bill from enactment,” Youman continued. “Unfortunately, Planned Parenthood and its ilk demonstrate their commitment to killing innocent pre-born human life.”

The law has sparked a backlash from abortion advocates, Democrats, and media figures who have compared it to the Taliban and the dystopian show The Handmaid’s Tale. (RELATED: ‘This Is Talibanism’: Media Melts Down Over Law Giving Americans Power To Sue Abortion Clinics, Doctors)

“So now Texas Republicans are putting bounties on pregnant women,” MSNBC’s Joy Reid tweeted in July. “I almost hate to ask what this benighted party will think of next. This is Talibanism. Are Texas conservatives going to be spying on women of childbearing age and turning them in for the bounties?”

Whole Women’s Health and a number of Planned Parenthood affiliates and clinics had previously filed a lawsuit in July in the United States District Court for the Western District of Texas, arguing that the Heartbeat Act “flagrantly violates the constitutional rights of Texans seeking abortion and upends the rule of law in service of an anti-abortion agenda.”