China sent a total of 19 aircraft into Taiwan’s zone, according to The Guardian. Nuclear-capable bombers and an anti-submarine aircraft were among the aircraft deployed and it was one of China’s largest operations in weeks.

The military mission follows the chaotic U.S. exit from Afghanistan, which Taiwanese politicians view as a red flag, according to TIME. Some are pushing for improved relations with Beijing while others want Taiwan to be able to better protect itself.

Taiwan President Tsai Ing-wen, just days after the Taliban took over Kabul in mid-August, warned that Taiwan must “make itself stronger, more united and more determined to protect itself.”

“Relying solely on the protection of others is not an option for us,” she added, issuing a warning about America’s ability to help. (RELATED: Blinken Frames Next Steps Following Afghanistan Withdrawal, Declares ‘A New Diplomatic Mission Has Begun’)

While China’s aircraft didn’t move into Taiwan’s territorial airspace, the mission prompted Taiwan to deploy scramble jets, according to The Guardian. Missile monitoring systems were also used on Sunday. Flights from China’s army have increased over the past year and a half, though large missions are reportedly usually reserved for responding to specific events, The Guardian added. 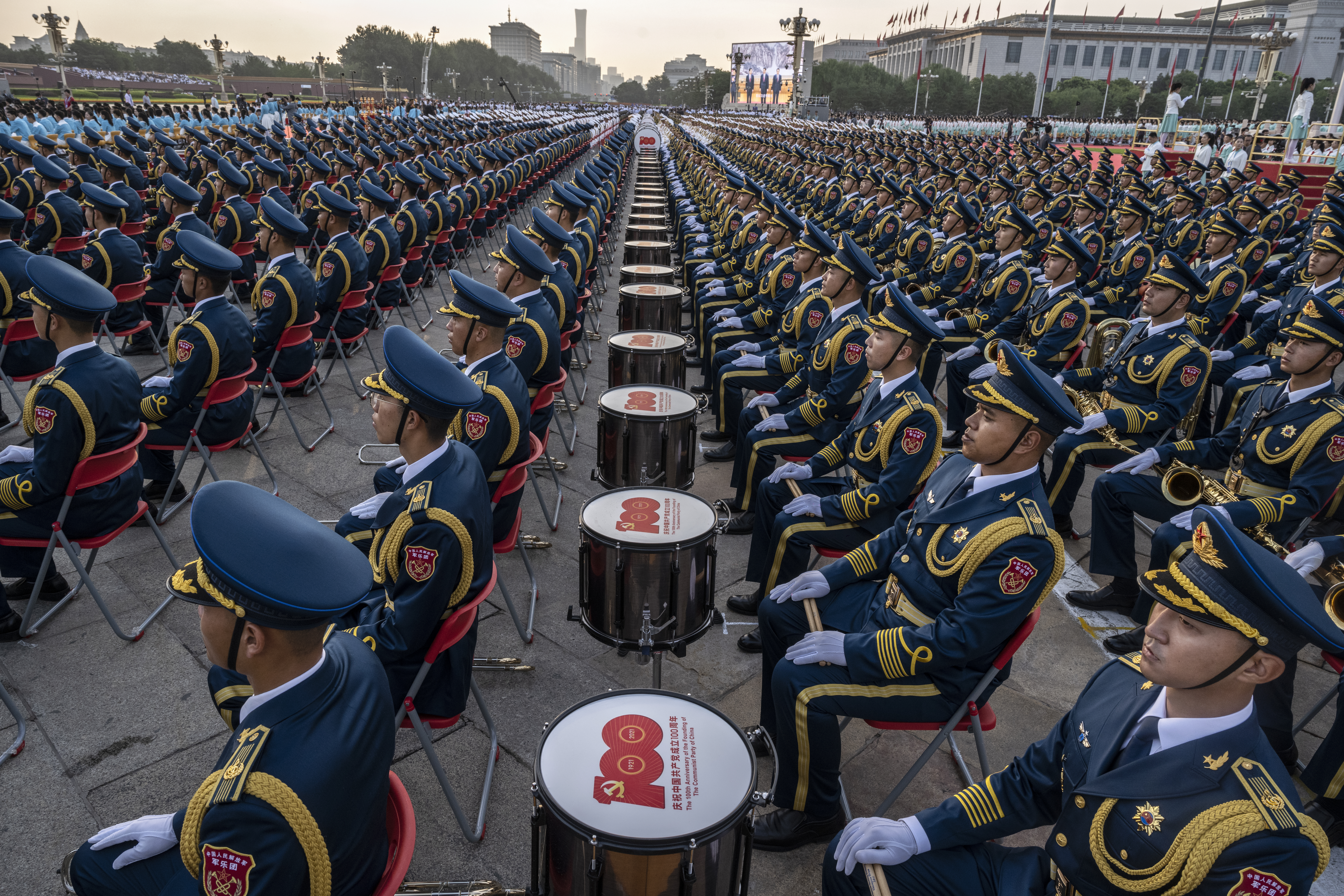 BEIJING, CHINA – JULY 01: Members of a People’s Liberation Army ceremonial band sit next to drums with ‘100’ on them at a ceremony marking the 100th anniversary of the Communist Party on July 1, 2021 at Tiananmen Square in Beijing, China. (Photo by Kevin Frayer/Getty Images)

As Taiwan raises concerns about America’s ability to help defend itself, Taiwan’s defense ministry recently warned that China “can combine with its internet army to launch wired and wireless attacks against the global internet, which would initially paralyse our air defences, command of the sea and counter-attack system abilities, presenting a huge threat to us,” TIME reported.

Former United States Secretary of State Mike Pompeo also warned about the U.S. defending Taiwan in the wake of China’s incursion. He tweeted Sunday that the U.S. “must always stand with Taiwan and for freedom.” Meanwhile, former U.S. ambassador to Japan and Republican Tennessee Sen. William Hagerty pointed to America’s disastrous ending in Afghanistan as reason for China’s increased flights.

“Communist China & other adversaries will continue to probe the resolve of the U.S. & our allies after Biden’s debacle in Afghanistan,” Hagerty tweeted. “The Senate must press the Biden Admin to adopt a stronger posture to prevent foreign aggression.”