Military officers allegedly arrested the president of Guinea and threw out the country’s constitution on Sunday, CNN reported.

“We will no longer entrust politics to a man. We will entrust it to the people. We come only for that; it is the duty of a soldier, to save the country,” Guinean army officer Mamady Doumbouya said in a statement broadcasted Sunday, CNN reported.

The West African government, constitution and all other institutions are now dissolved, and every Guinean land and air border is closed to travel, Doumbouya said.

Following the coup, the military arrested former president Alpha Conde, an advisor to Conde told CNN. Unnamed military officers desire to reassure the international community of the former president’s safety, though there is no clear evidence of the 83-year-old’s location or condition, according to CNN.

Doumboya cited “poverty and endemic corruption” to justify the military actions, Reuters reported. “It is time for us to understand each other, to join hands, to sit down, to write a constitution that is adapted to our realities, capable of solving our problems,” Doumbouya said in a video. 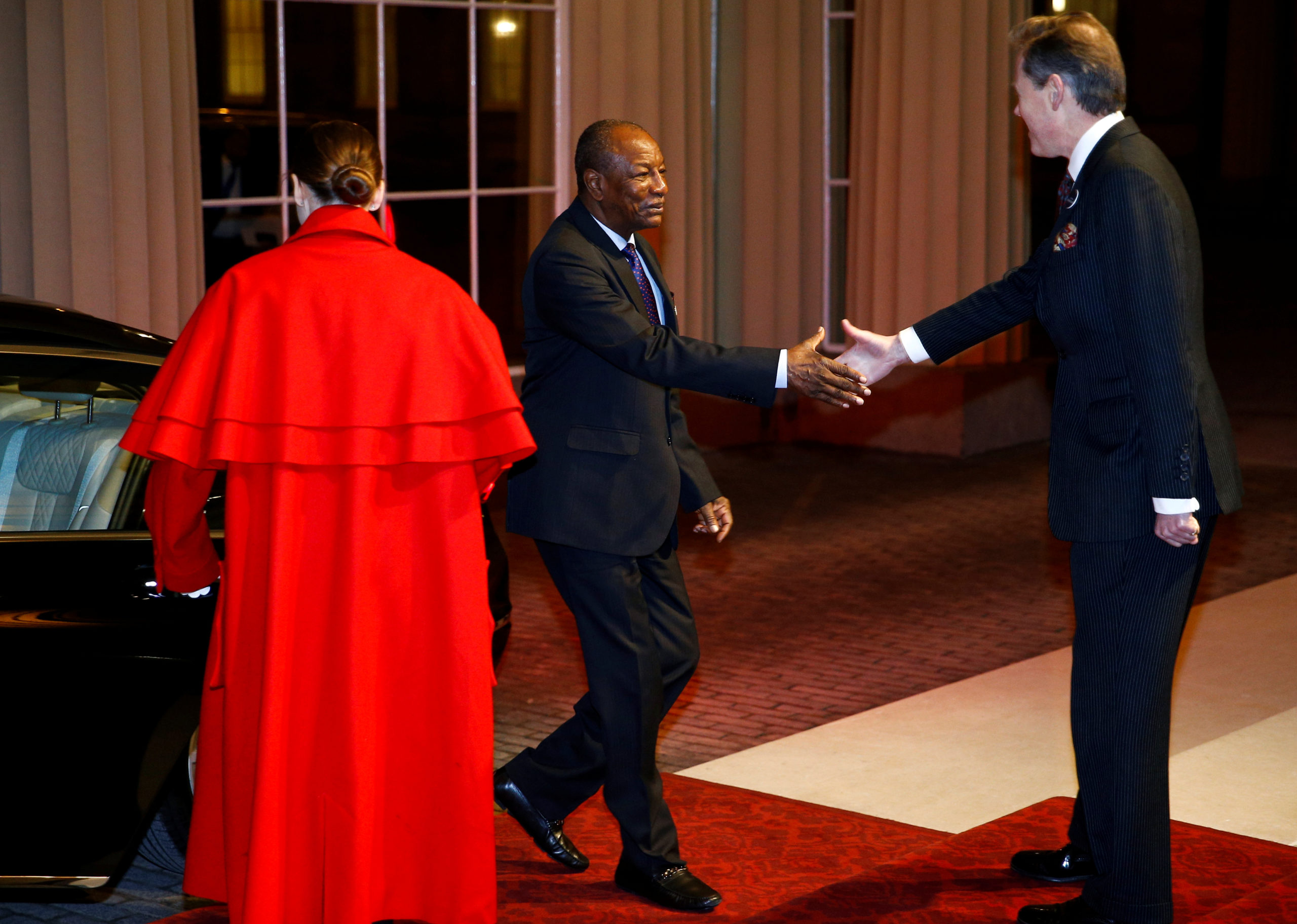 Military actors summoned outgoing ministers and top government officials to a meeting on Monday, threatening to consider any failure to attend as an act of rebellion, Reuters reported. (RELATED: Military Takes Power In Myanmar Coup, Detains Head Of Government)

“Violence and any extra-constitutional measures will only erode Guinea’s prospects for peace, stability, and prosperity,” the U.S. State Department said in a statement. “These actions could limit the ability of the United States and Guinea’s other international partners to support the country as it navigates a path toward national unity and a brighter future for the Guinean people.”

“I am personally following the situation in Guinea very closely. I strongly condemn any takeover of the government by force of the gun and call for the immediate release of President Alpha Conde,” U.N. Secretary-General Antonio Guterres tweeted Sunday.

The African Union condemned the coup, with Chairperson H.E. Felix Tshisekedi and the chairperson of the AU Commission, H.E. Moussa Faki Mahamat, calling for the immediate release of Conde in a statement on Sunday.