Democratic Virginia candidate for governor Terry McAuliffe is heading into the gubernatorial election without defining a single restriction on abortion that he supports — and given the opportunity to name abortion restrictions he would support, he passed.

“Are there any boundaries that you could see for restrictions on any kind of abortion?” McAuliffe was asked during a Monday interview with WVTF.

Without naming a single abortion restriction, McAuliffe responded with his oft-repeated assurance that he “will be a brick wall to protect women’s individual rights.”

The former governor of Virginia has repeatedly criticized his opponent Glenn Youngkin’s pro-life stances, but shies away from controversial specifics on abortion policy and repeatedly takes refuge in generalizations when questioned.

McAuliffe’s reticence allows his opponent to suggest that the Democratic candidate supports abortion until birth, harnessing the horror and distaste over Democratic Virginia Gov. Ralph Northam’s 2019 comments on infanticide.

“I believe in exceptions in the case of rape, and in case of incest, in case the mother’s life is in jeopardy,” he continued. “I’m most focused on making sure that Terry McAuliffe’s extreme agenda, which promotes abortion, all the way up through and including birth, is not part of Virginia’s future.” 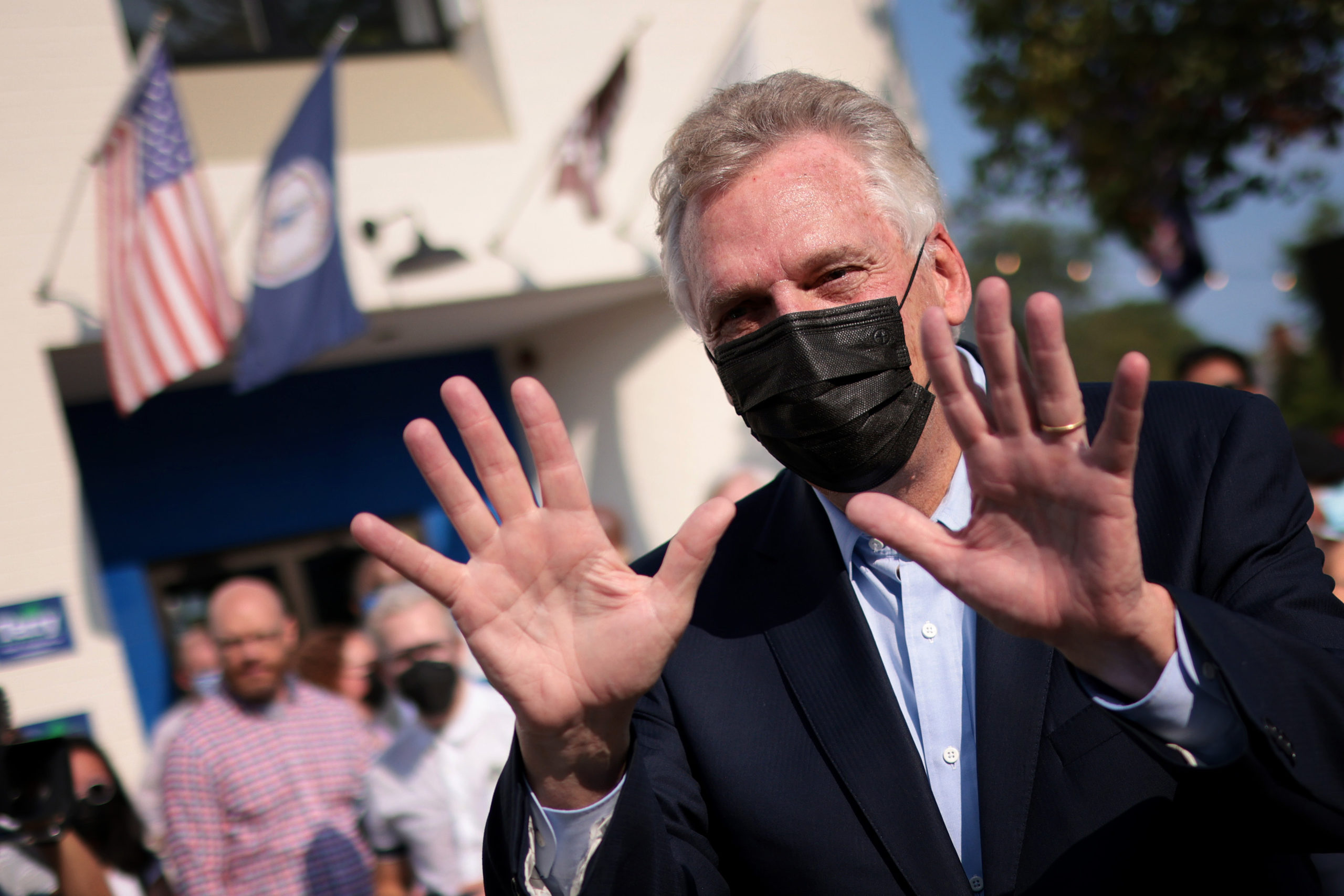 McAuliffe has not responded to many requests for comment from the DCNF on this topic.

McAuliffe has also accused Youngkin of hiding his abortion stances for fear of losing independent voters, referring to a video clip published by the American Independent in July in which Youngkin promised a voter that he will not “go squishy” on her, emphasizing he is “staunchly pro-life,” but said that he cannot go “on offense” against the abortion industry yet.

“I’m going to be really honest with you,” Youngkin said. “The short answer is in this campaign, I can’t. When I’m governor and I have a majority in the House we can start going on offense. But as a campaign topic, sadly, that in fact won’t win my independent votes that I have to get.

“So you’ll never hear me support Planned Parenthood, what you’ll hear me talk about is actually taking back the radical abortion policies that Virginians don’t want,” Youngkin said. (RELATED: Virginia Governor Asked About Abortion Until Birth. He Floats Infanticide)

Youngkin’s campaign told the DCNF that the videos merely show Youngkin refusing to engage with divisive topics. “This deceptively recorded audio demonstrates that Glenn Youngkin says the same thing no matter who he is talking to, unlike Terry McAuliffe who knowingly makes false allegations and decides what to say based on whatever poll is in front of him,” Youngkin spokesman Matt Wolking told the DCNF in July.