The trial of 20 men accused of orchestrating the 2015 Paris terrorist attack that killed 130 people began in France on Wednesday.

The only survivor of the Islamist State group’s extremist cell, Salah Abdeslam, is the key defendant in the trial, the AP reported.

Abdeslam, whose brother died during the attack as a suicide bomber, said in the courtroom that he was “a fighter for Islamic State” after intoning a prayer, the AP reported. He had abandoned his rental car and suicide vest and fled home to Brussels after the attack.

“The events that we are about to decide are inscribed in their historic intensity as among the international and national events of this century,” Jean-Louis Peries, the presiding judge, said Wednesday, the AP reported. The trial is expected to last nine months. 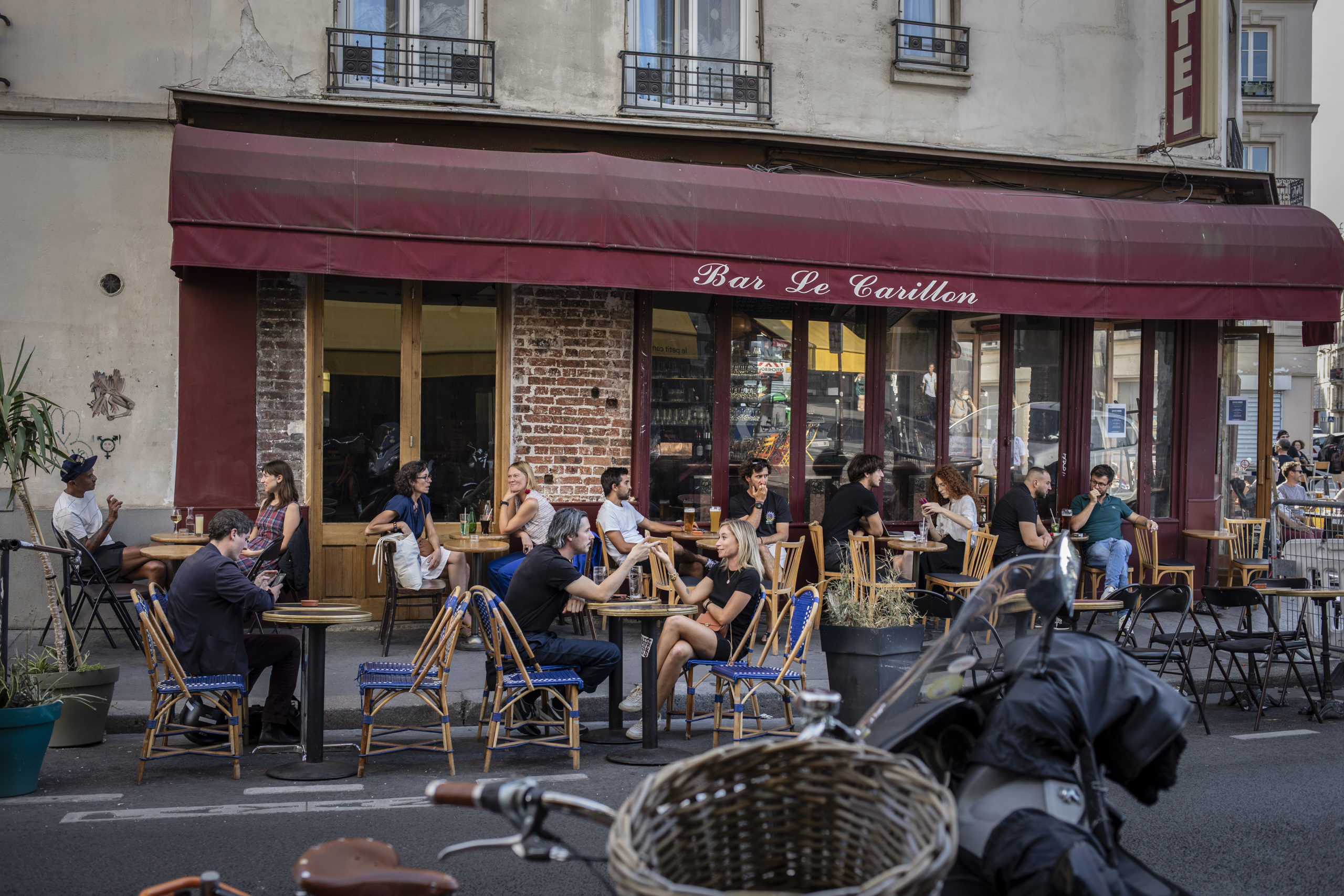 Customers socialize outside one of the worst hit bars, targeted during the 2015 terror attacks in Paris, on September 7, 2021 in Paris, France. (Photo by Siegfried Modola/Getty Images)

“The assassins, these terrorists, thought they were firing into the crowd, into a mass of people,” Dominique Kielemoes, whose son bled to death at a café that was attacked, told the AP. “But it wasn’t a mass — these were individuals who had a life, who loved, had hopes and expectations, and that we need to talk about at the trial. It’s important.”

Kielemoes said the month of the trial dedicated to the testimony of victims, October, will be healing for both her and the nation. French officials, including former President François Hollande, will testify between November and December, the AP reported.

“What we did that evening with other people, to provide assistance to the people wounded during the attack, was a way to stand against what these monsters had tried to do to us,” Jean-Luc Wertenschlag, who lived above the café where Kielemoes’ son died and went downstairs to try to save lives, told the AP. (RELATED: France Condemns President Trump’s Paris Terrorist Attack Comments)

Twenty men are charged, with six tried in absentia, but Salah Abdeslam is the only one charged with murder, the AP reported. He has refused to speak with investigators and still has answers to several remaining questions about the terrorist attack.