Thousands of fake pro-China accounts used dozens of social media platforms to mobilize Asian American protesters in the United States, according to a report by U.S. cybersecurity researchers.

A coordinated network of pro-China bot accounts spanning 30 social media platforms and over 40 additional websites and forums have made posts in at least seven different languages attempting to influence American politics, according to a report published Wednesday by cybersecurity firm Mandiant Threat Intelligence, a subsidiary of FireEye.

The network promoted certain pro-China political messages, such as the claim echoed by the Chinese government that COVID-19 originated in Fort Detrick, Maryland, and links to studies showing the virus was present in the U.S. in December 2019.

“These accounts have posted similar, and in many cases identical messaging and engaged in the coordinated sharing, commenting on, and liking of text, image, and video content,” Mandiant researchers Ryan Serabian and Lee Foster wrote in the report. 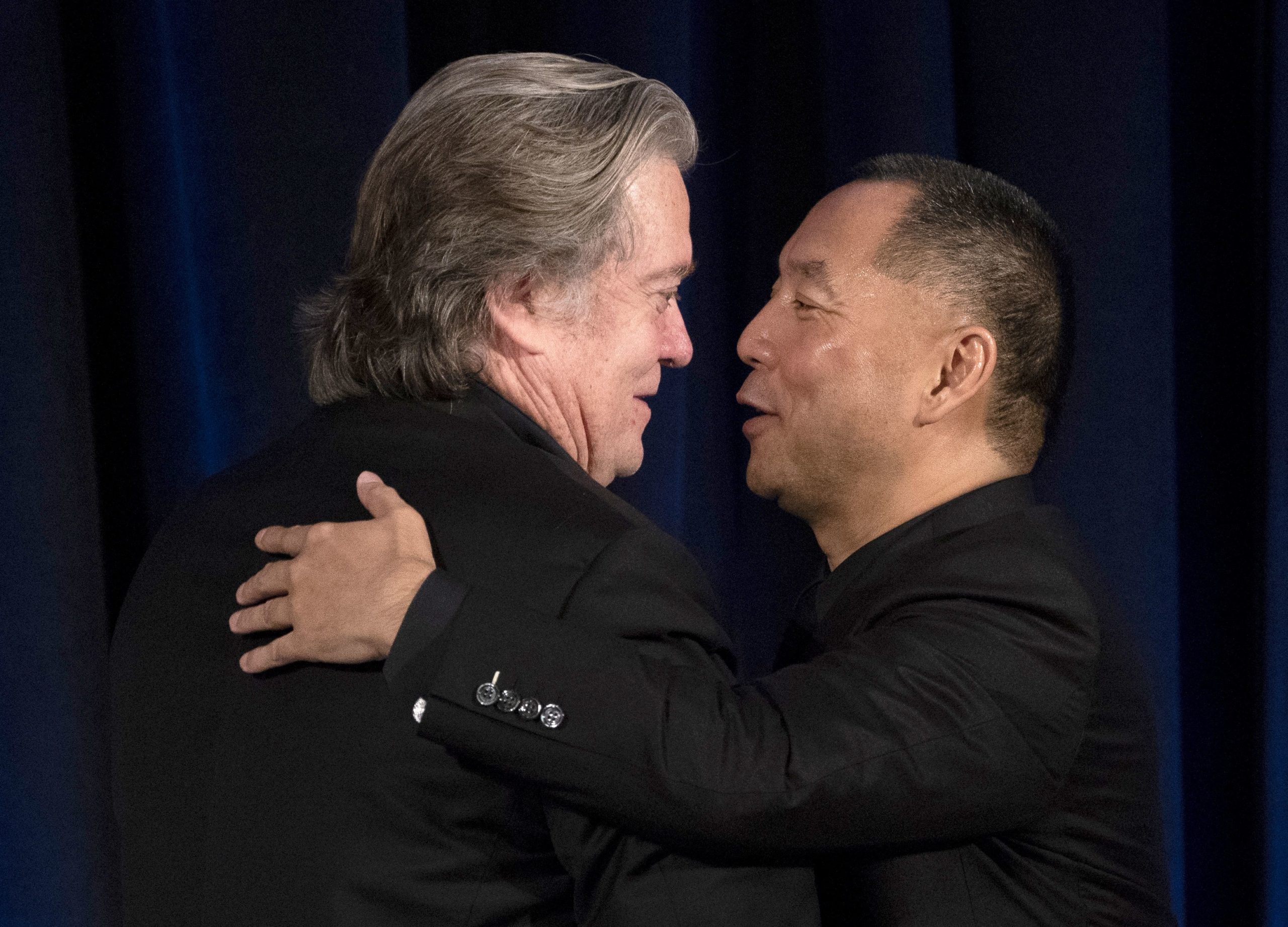 Former White House Chief Strategist Steve Bannon (L) greets fugitive Chinese billionaire Guo Wengui before introducing him at a news conference on November 20, 2018 in New York, on the death of of tycoon Wang Jian in France on July 3, 2018. (Photo by Don EMMERT / AFP via Getty Images)

“The attempt to physically mobilize protesters in the U.S. provides early warning that the actors responsible may be starting to explore more direct means of influence and may be indicative of an emerging intent to motivate real-world activity outside of China’s territories,” Serabian and Foster wrote, adding they found no evidence the calls for mobilization were successful.

Researchers said they first detected the bot network in June 2019, where its activities were limited to Twitter, Facebook, and YouTube. They said the network has expanded its scope and reach, and is attempting to influence a wider array of issues.

“The actors behind this campaign have significantly expanded their online footprint and appear to be attempting to establish a presence on as many platforms as possible to reach a variety of global audiences,” the researchers wrote.

Though the researchers did not explicitly link the botnet to the Chinese government, fake pro-China accounts have previously been found amplifying Chinese officials’ messages on social media platforms.