“The Biden Administration is continuing to overstep its authority and suppress legislatures that are standing up for the unborn to pass strong pro-life laws,” Noem said in a statement. “They are working right now to make it easier to end the life of an unborn child via telemedicine abortion. That is not going to happen in South Dakota.” (RELATED: Abortion Advocates Call On FDA To Remove Restrictions On Abortion Drugs Over Coronavirus Crisis, Push Abortion Telemedicine)

Under Executive Order 2021-12, abortion drugs can only be prescribed and dispensed to a woman by physicians licensed in South Dakota after the woman has undergone an examination in person. Noem’s executive order also prohibits women from obtaining abortion drugs by “courier, delivery, telemedicine, or mail service” and prohibits the drugs from being provided in schools and on state grounds.

The South Dakota governor also directed the Department of Health to create licensing requirements for “pill only” abortion clinics and gather data on how often women use abortion drugs and how often complications occur.

The pro-life Susan B. Anthony List praised Noem’s “bold” actions in a Tuesday statement, commending the governor for setting a “courageous model” that the organization hopes other state leaders will follow. (RELATED: As Virginia Governor’s Race Draws To A Close, McAuliffe Will Not Name One Abortion Restriction He Supports)

“The Biden administration would turn every post office and pharmacy into an abortion center if they had their way, leaving women alone and at risk of severe heavy bleeding, physical, emotional, and psychological stress, and more,” SBA List President Marjorie Dannenfelser said. “States must take action.” 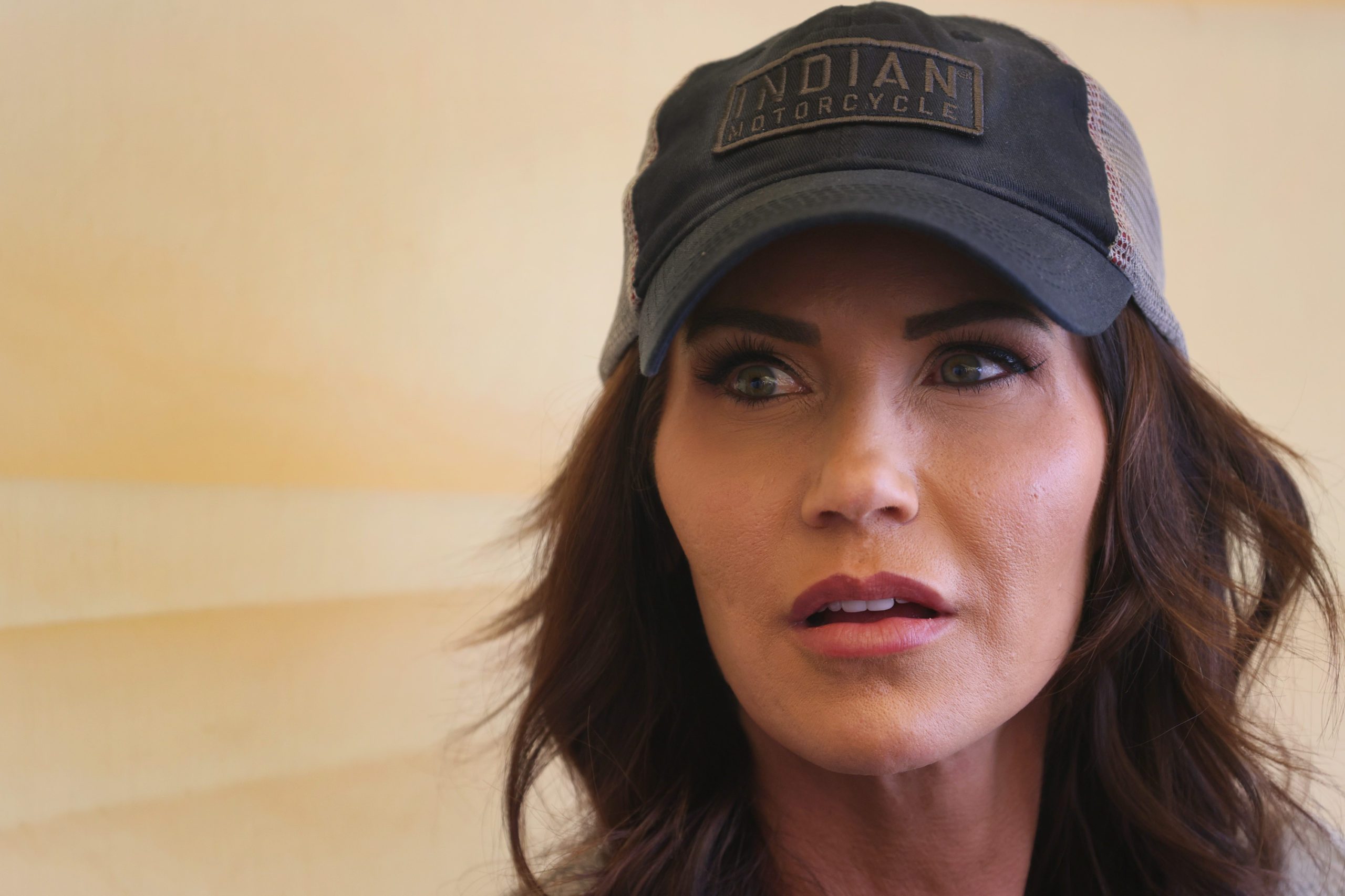 Governor of South Dakota speaks to reporters at the Sturgis Buffalo Chip campground after riding in the Legends Ride for charity on August 9, 2021 near Sturgis, South Dakota. (Photo by Scott Olson/Getty Images)

“This is no longer about ‘a woman and her doctor,’ but a woman – or girl – and a stranger on the internet,” Catherine Glenn Foster, President and CEO of Americans United for Life, said in a separate statement. “States can no longer depend on the FDA to regulate abortion drugs in any meaningful way, and I am pleased to see Governor Noem step up for her state. Abortion is never safe, but it’s far more dangerous when women are abandoned by physicians and left to manage their complications alone.”

In April, President Joe Biden’s administration announced it was lifting the Food and Drug Administration’s previous restrictions on abortion drugs, allowing the abortion pills to be delivered by mail during the coronavirus pandemic. (RELATED: EXCLUSIVE: Republican Lawmakers Warn FDA Against Calls To Remove Restrictions On Abortion Drugs)

The Supreme Court had backed former President Donald Trump’s policy in January that the pills could not be dispensed by mail during the COVID-19 pandemic. But acting FDA Commissioner Janet Woodcock said in April that sending the drugs by mail will not increase risks for women and will protect those who want the drugs from COVID-19.

The American College of Obstetricians and Gynecologists had challenged the Trump administration’s requirement shortly after the death of Supreme Court Justice Ruth Bader Ginsberg, but the court declined to intervene, allowing abortion clinics to continue administering the drugs remotely, according to Politico. The justices in January granted the Trump administration’s request that the rules be reinstated in a 6-3 decision.

The FDA had approved the use of the abortion drug mifepristone, also called Mifeprex, in 2000 for up to 10 weeks’ gestation. But the FDA explicitly warned that buyers should not purchase Mifeprex over the Internet “because they will bypass important safeguards designed to protect their health.” (RELATED: Biden Administration Lifts Restrictions On Abortion Pills Despite Risks, Allows Them To Be Delivered By Mail)

“The FDA’s intent to exercise enforcement discretion with respect to these requirements during the public health emergency is the result of a thorough scientific review by experts within FDA’s Center for Drug Evaluation and Research (CDER), who evaluated relevant information, including available clinical outcomes data and adverse event reports,” the FDA’s website said.

The FDA did not respond to requests for comment from the Daily Caller News Foundation.