The Taliban’s new Higher Education Minister Abdul Baqi Haqqani announced Sunday that university classrooms will be gender-segregated and Islamic dress will be mandatory.

Haqqani said women would teach female students when possible and classrooms would be separated in accordance with the Taliban’s interpretation of Sharia law, Reuters reported.

“Thanks to God we have a high number of women teachers. We will not face any problems in this. All efforts will be made to find and provide women teachers for female students,” Haqqani said during a news conference in Kabul, according to Reuters. 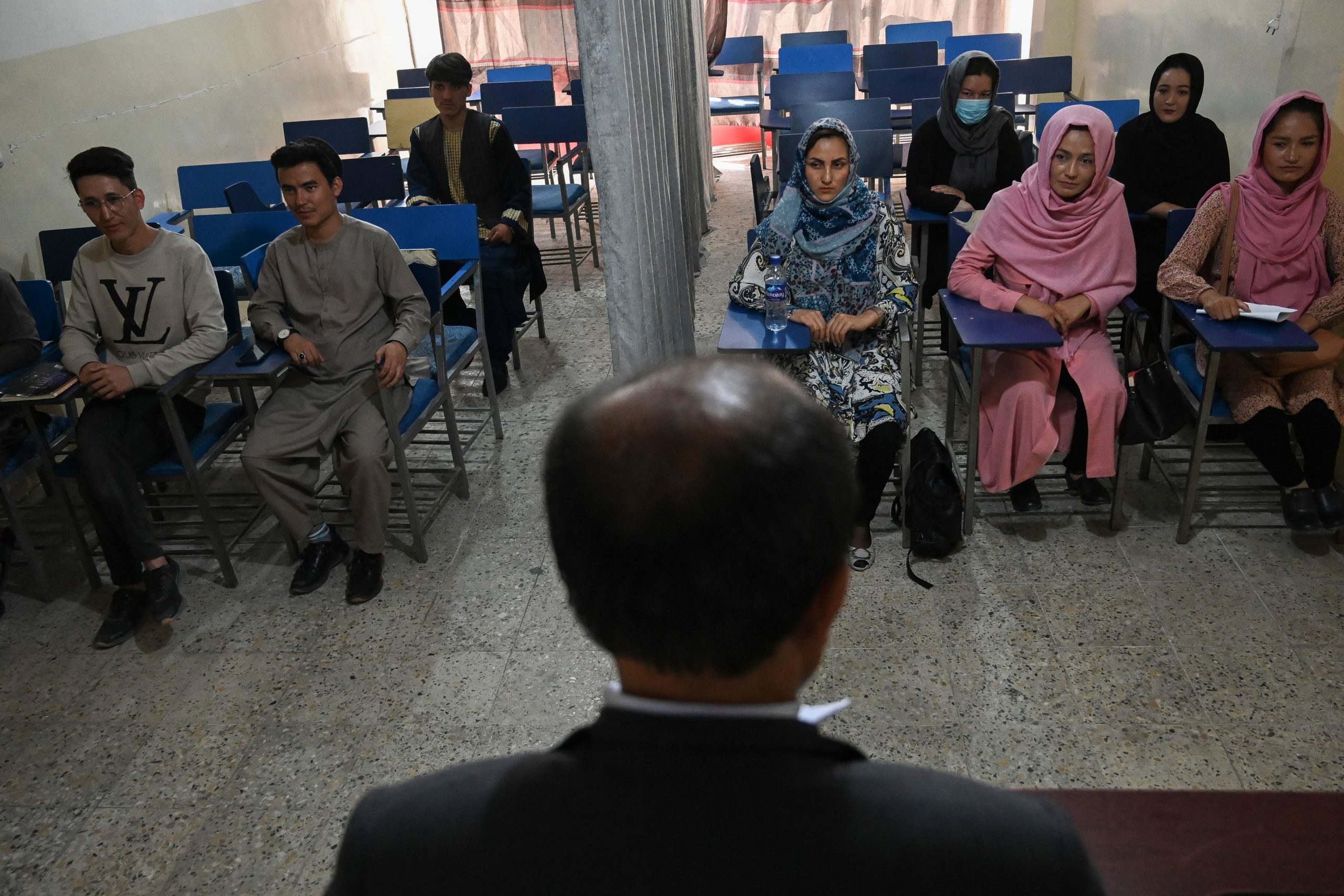 Students attend a class bifurcated by a curtain separating males and females at a private university in Kabul on September 7, 2021, to follow the Taliban’s ruling. (Photo by AAMIR QURESHI/AFP via Getty Images)

Men and women will not be allowed to study together, The Associated Press reported. Women will also be required to wear religious veils and have been banned from participating in sports. (RELATED: Afghan Women Dread Islamist Radicalism, Wearing Burqas As Taliban Takes Over Kabul)

Before the Taliban took power, universities were co-ed, men and women studied together, and female students were not required to abide by a dress code, the AP reported.

When the Taliban was in power during the late 1990s, women were not allowed to attend school or participate in public life, the AP reported. Therefore, the issue of female education has been a major question since the Taliban took control Aug. 15, Reuters reported. (RELATED: Christians In Afghanistan Fear Persecution, Death As Taliban Takes Over)

The Taliban have suggested that they will be more inclusive toward women. Unlike their previous reign, they say televisions are still allowed and female presenters appear on news channels. However, Taliban police officials have violently broken up women’s rights protests, beaten journalists and killed citizens.