Biden has faced waves of criticism after his promised “safe and orderly” withdrawal from Afghanistan played out as a frantic and deadly withdrawal, leaving more than 100 U.S. citizens stranded in the country alongside tens of thousands of Afghan allies and refugees. Trump argues the withdrawal made the U.S. both far less secure against foreign terrorism and less respected on the global stage.

“Our Country is far more susceptible to attack by outside terrorist groups than ever before. Our enemies all over the World are inspired by what just happened in Afghanistan—the removal of the Military first, and our ‘gift’ of $85 billion in Military equipment,” Trump said in a statement. “We are no longer respected after the pathetic and incompetent withdrawal from Afghanistan. It will be a long time before we gain our reputation back.” 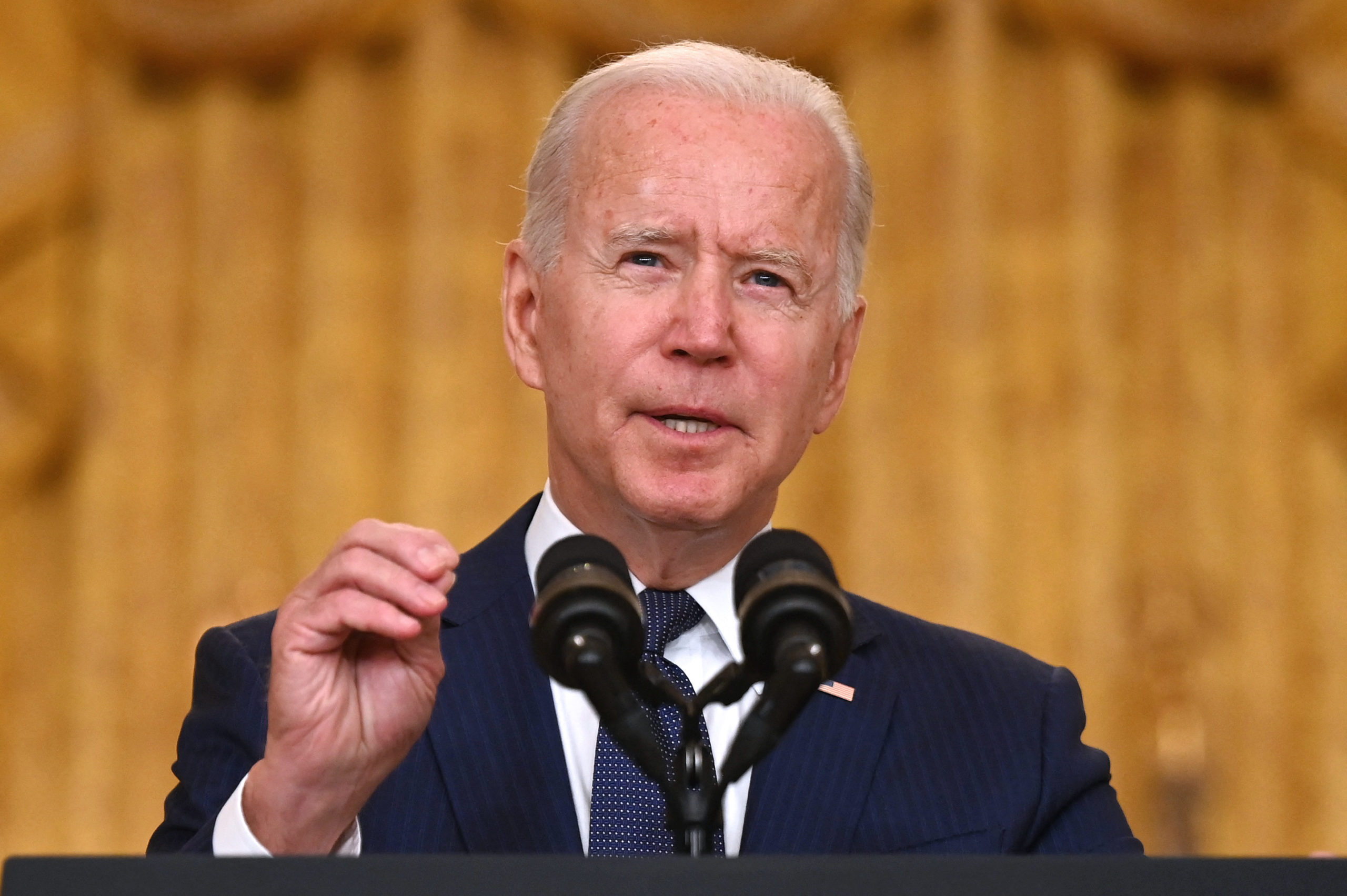 US President Joe Biden delivers remarks on the terror attack at Hamid Karzai International Airport, and the US service members and Afghan victims killed and wounded, in the East Room of the White House, Washington, DC on Aug. 26, 2021. (JIM WATSON/AFP via Getty Images)

“Just nine months ago, the United States was viewed as being strong, and now we are being viewed as weak and stupid,” he added. (RELATED: ‘We The People Seek Accountability’: Ousted Marine LTC Slams ‘American Leadership,’ Sets Resignation Date For 9/11)

Numerous U.S. allies criticized Biden’s withdrawal as short-sighted, with former U.K. Prime Minister Tony Blair going so far as to call it “imbecilic.” He was not alone among European leaders.

“I say this with a heavy heart and with horror over what is happening, but the early withdrawal was a serious and far-reaching miscalculation by the current administration,” Norbert Röttgen, chairman of the German parliament’s foreign relations committee, said in August. “This does fundamental damage to the political and moral credibility of the West.”

“Naturally this has damaged American credibility, along with that of the intelligence services and of the military,” Rüdiger Lentz, the former head of the Aspen Institute in Berlin, told Politico. “One can only hope that the damage to America’s foreign policy leadership can be quickly contained.”

U.S. adversaries such as China have also capitalized on the withdrawal. The Chinese Communist Party (CCP) is already making in-roads with the Taliban, and the terror group called China its “most important partner” soon after taking power.

China also used the withdrawal to send threatening messages to Taiwan that it couldn’t count on U.S. support if China chose to invade. National security adviser Jake Sullivan and other White House officials have insisted that U.S. support for Taiwan and South Korea is unwavering, however.