Megan Fox said she’s been dressing nearly naked on the red carpet lately in an effort to fight “puritanical” projections of what women should be.

“Just me out here ignoring and defying all of your puritanical emotionally repressed projections of what a woman should be,” the 35-year-old actress captioned her post on Instagram Tuesday.

The superstar turned heads at the annual gala when she went braless in a red lace-up beaded gown with cutouts through the middle and waist with an extremely high leg slit. 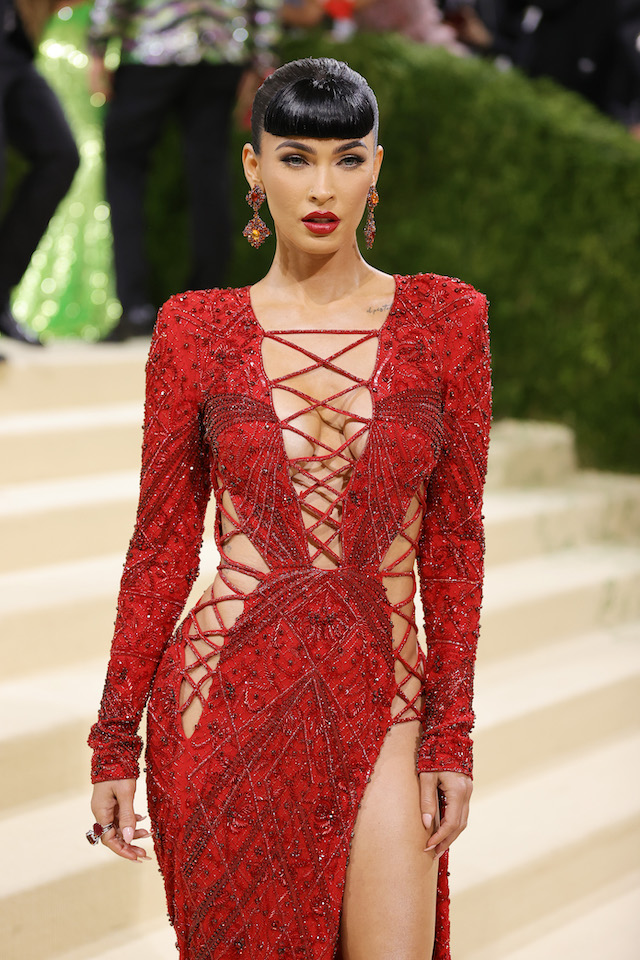 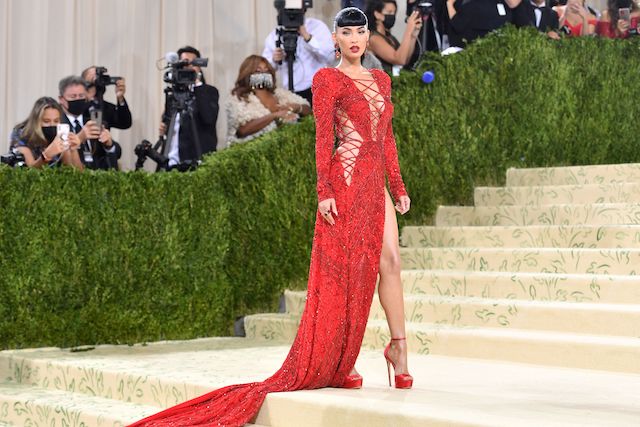 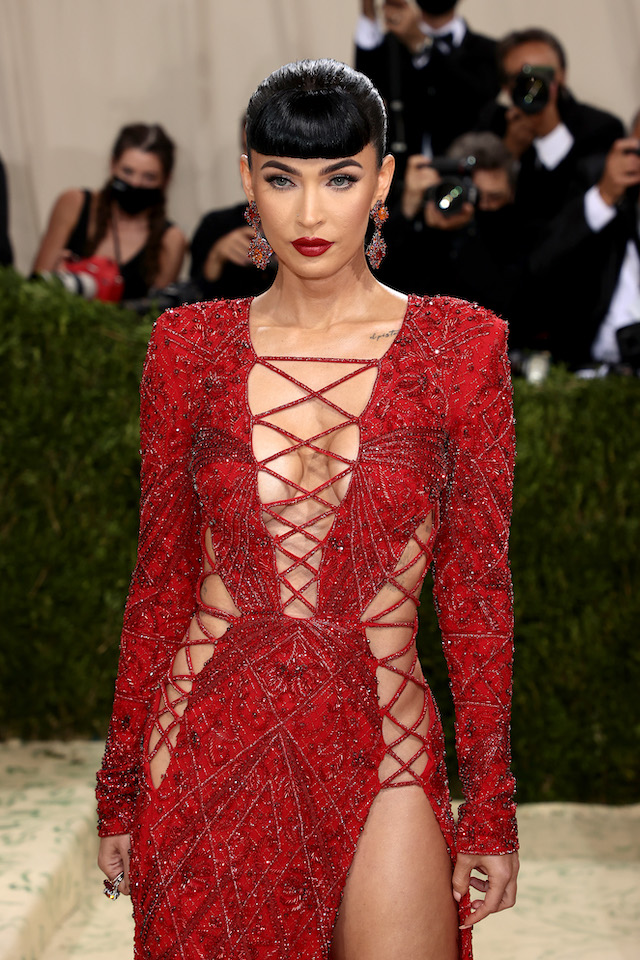 She completed the look with her hair pulled back, jewelry and red high heels.

At the MTV VMAs Sunday, Megan got everyone’s attention when she stepped out in a completely see-through sheer metallic gold and silver gown that went down past her knees. 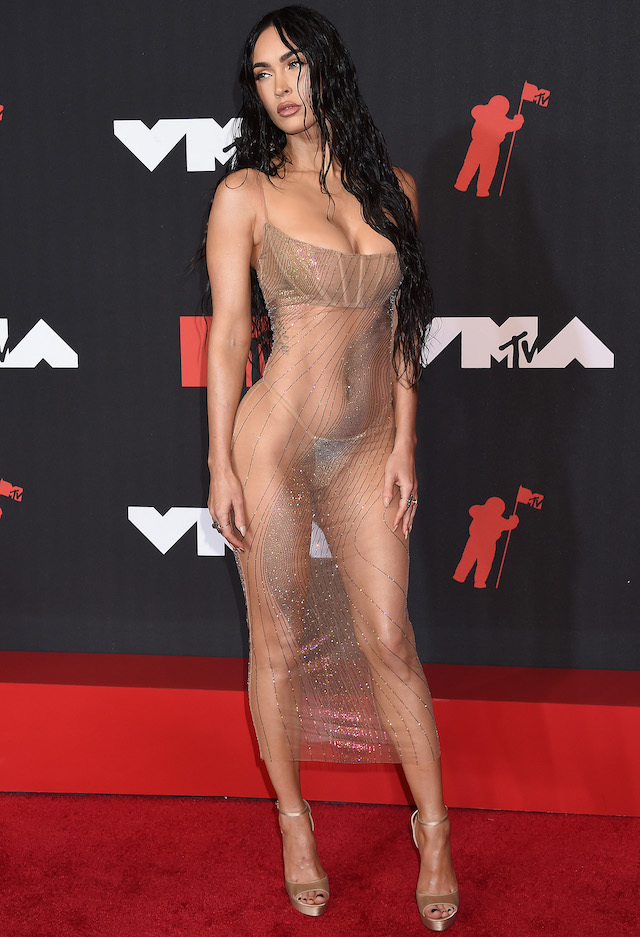 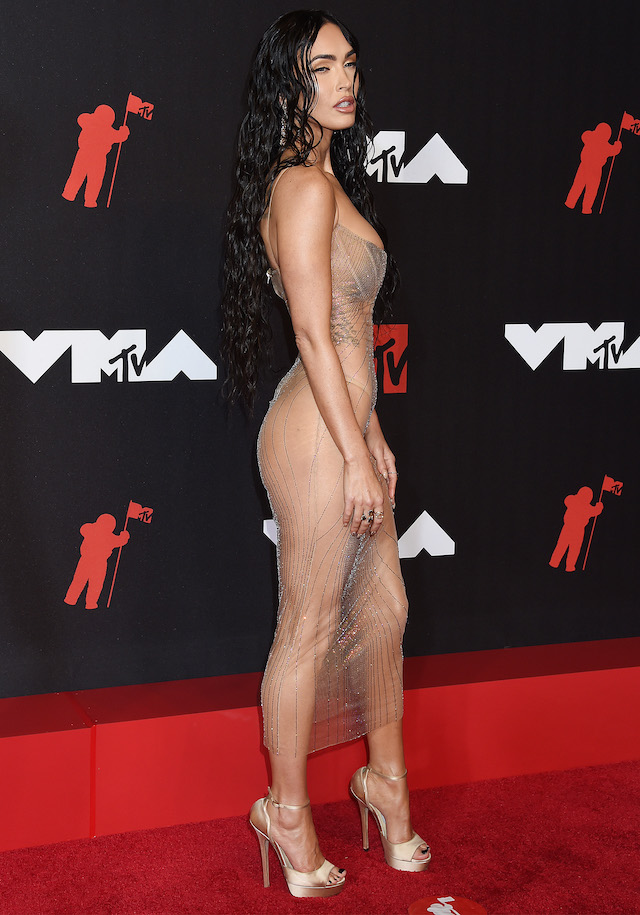 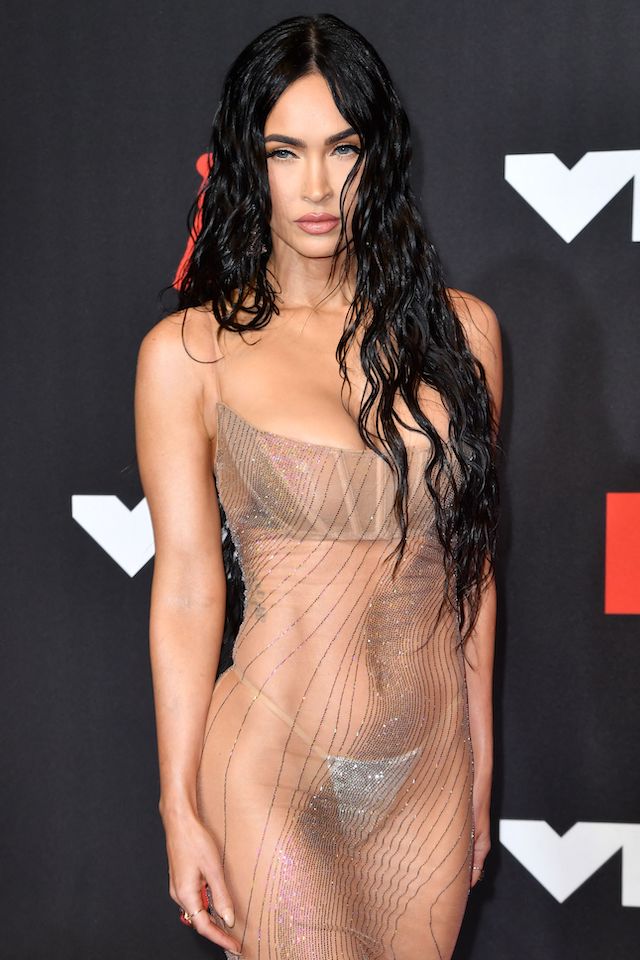 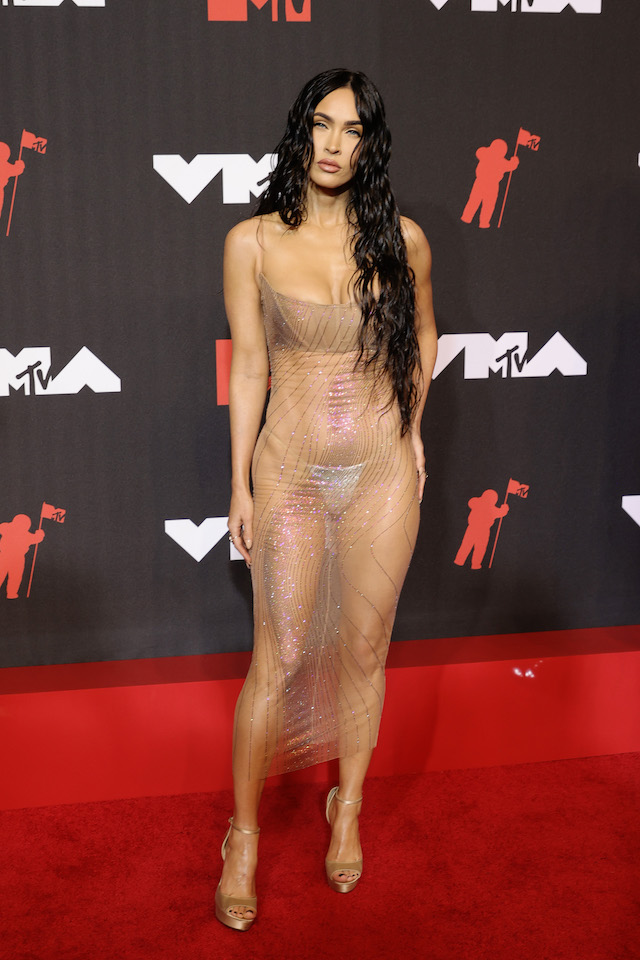 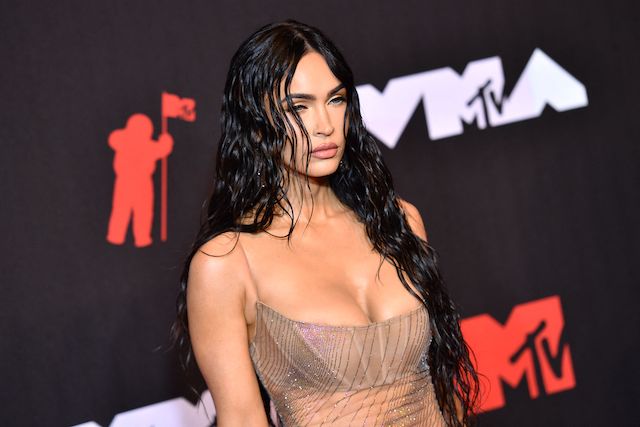 She completed the look with loose hair and metallic gold high heels.

Both outfits would be included in Fox’s most incredible looks over the years. Check out some of the other outfits here.