Gov. Gavin Newsom won California’s recall election Tuesday, capitalizing on late momentum and sailing past the field of Republicans looking to oust him in what was considered a neck-and-neck race just weeks ago.

Newsom, first elected in 2018, survived the GOP recall effort with just over two-thirds of voters opting to keep him in office, according to initial results when the Associated Press called the race. Of the approximately 33% voters who chose to recall him, nearly 43% selected conservative radio host Larry Elder as their preferred candidate when the race was declared.

Newsom’s win is the most consequential for Democrats since Georgia’s twin Senate runoffs in January, which gave them 50 seats and majorities in both chambers of Congress as a result. As the recall grew closer and Elder surged to the top of the Republican field, Democrats again turned to the Senate; if Newsom were ousted, they warned, then any Republican would have the power to appoint a successor to 88-year-old Sen. Dianne Feinstein, the oldest senator in Congress, potentially costing them a majority and derailing President Joe Biden’s agenda.

Polls showed those supporting Newsom leading those wanting to recall him by just 0.2% as recently as Aug. 11, as COVID-19 cases again surged and wildfires continued to ravage the state. But as Elder became the race’s clear Republican frontrunner over candidates ranging from former San Diego Kevin Faulconer to Caitlyn Jenner, scandals and accusations soon followed.

His ex-fiancée accused him of domestic violence a week after Newsom began to regain his polling lead, and after Elder acknowledged that he was accused of sexual harassment, he denied it by implying the woman was unattractive. (RELATED: Arnold Schwarzenegger Reveals His Thoughts On Gavin Newsom’s Recall Chances) 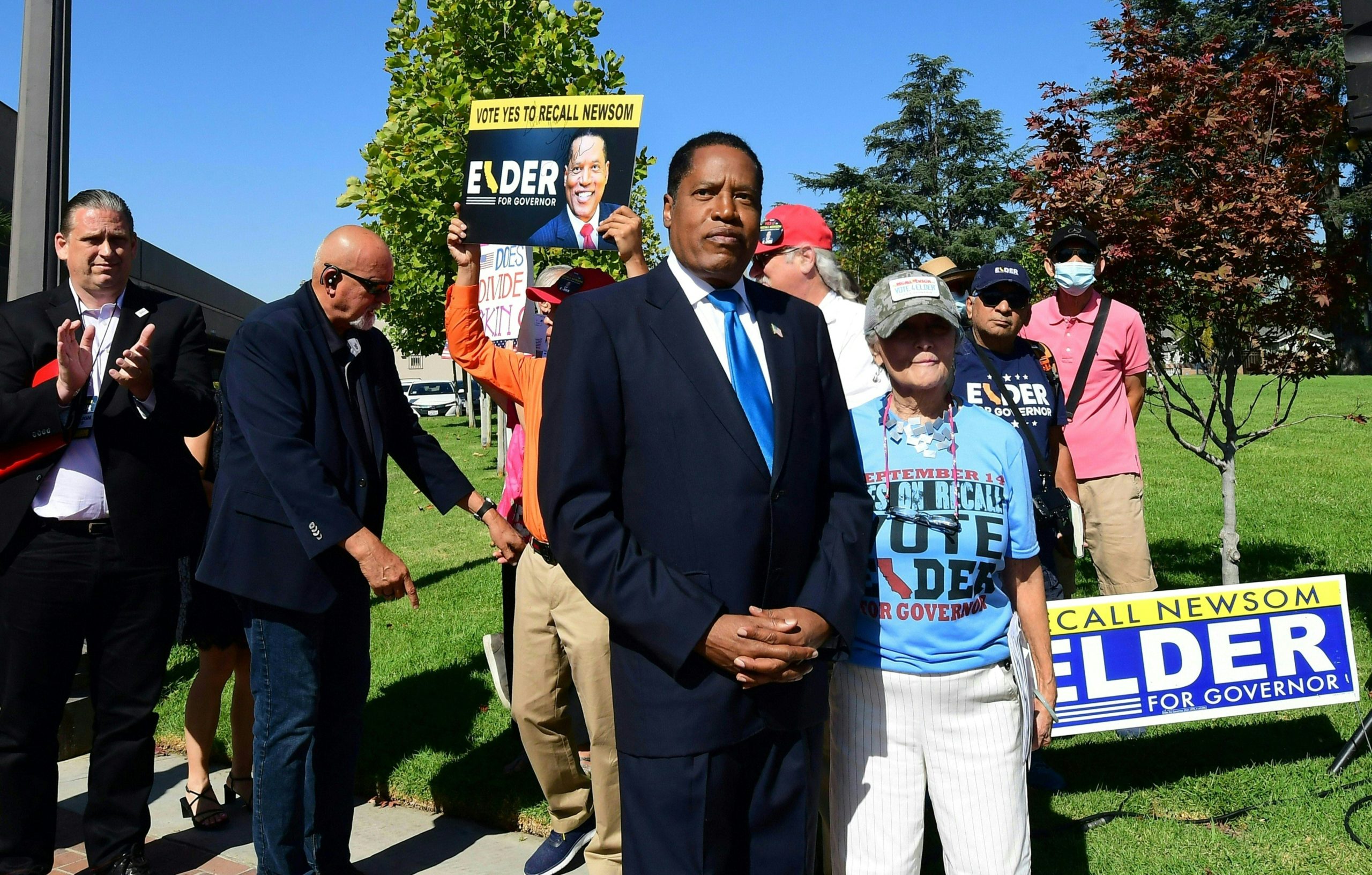 Newsom also capitalized on Elder’s previous political stances, including his support for eliminating the minimum wage and restricting abortion access, labeling them as antithetical to the positions of the majority of California voters. He tied Elder’s position on abortion to Texas’ new law which severely limits access to the procedure, even warning that California could transform into the Lone Star State if the recall succeeded.

As Democratic enthusiasm began to increase, Newsom attacked Elder over his opposition to vaccine mandates, warning that such policies could lead to the recent case surges witnessed in other Republican states.

Newsom was aided by Biden, who campaigned alongside him Monday and compared Elder to former President Donald Trump, who is deeply unpopular in the state.

“This year, the leading Republican running for governor is the closest thing to a Trump clone that I have ever seen,” Biden said. “No, I really mean it. And he’s leading the other team.” (RELATED: Once A Close Race, Newsom Emerges As The Clear Favorite In California Recall) 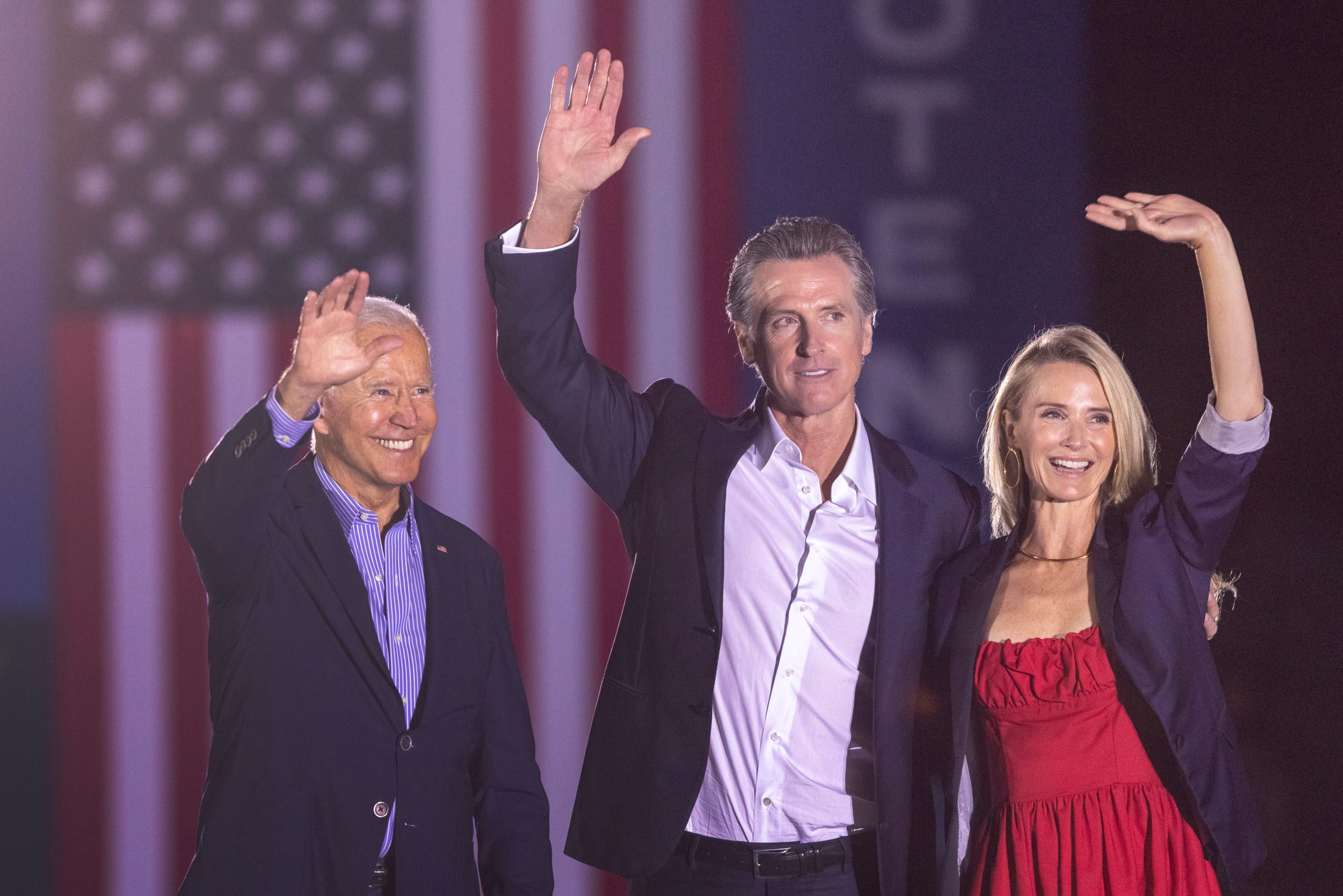 Even before Newsom’s double-digit win in a state that Biden won by nearly 30 points last November, several Republicans baselessly insisted that the only way he would win is if the election was rigged.

Trump himself said Tuesday that Newsom “will probably win … because the California Election is totally Rigged,” and Elder on Monday urged his supporters to donate to an election fraud website.

“Statistical analyses … have detected fraud in California resulting in Governor Gavin Newsom being reinstated as governor,” the site read on Monday, one day before the first results were even tabulated.

California’s recall is the first of three scheduled gubernatorial contests in 2021. The other two, in Virginia and New Jersey, will occur on Nov. 2, and while Democrats are favored in both, Republican candidate Glenn Youngkin is well within striking distance of former Virginia Gov. Terry McAuliffe, who held the post from 2014-2018.