Davis was recalled amid an economic recession and rolling blackouts, a political situation that Schwarzenegger described as “exactly the same” as today’s.

“The atmosphere is exactly the same (as) when I ran,” he said.

In addition to Newsom’s COVID-19 lockdown policies, which he has publicly flouted, Schwarzenegger cited the state’s trouble managing its large homeless population. California has the most homeless people of any state in the U.S., and the third-most per 100,000 residents, according to Statista. Advocates have cited the state’s refusal to build new housing as a key component of the crisis. The average cost of a California home reached $600,000 in 2019, more than double the national average, according to Bloomberg. (RELATED: Apple Pledges $2.5 Billion To Help Combat California’s Housing Crisis)

“I drive by homeless people every day when I go to Gold’s Gym and I talk to some of them. They’re angry the way they’ve been pushed around and they’ve been promised things and no delivery,” Schwarzenegger said. 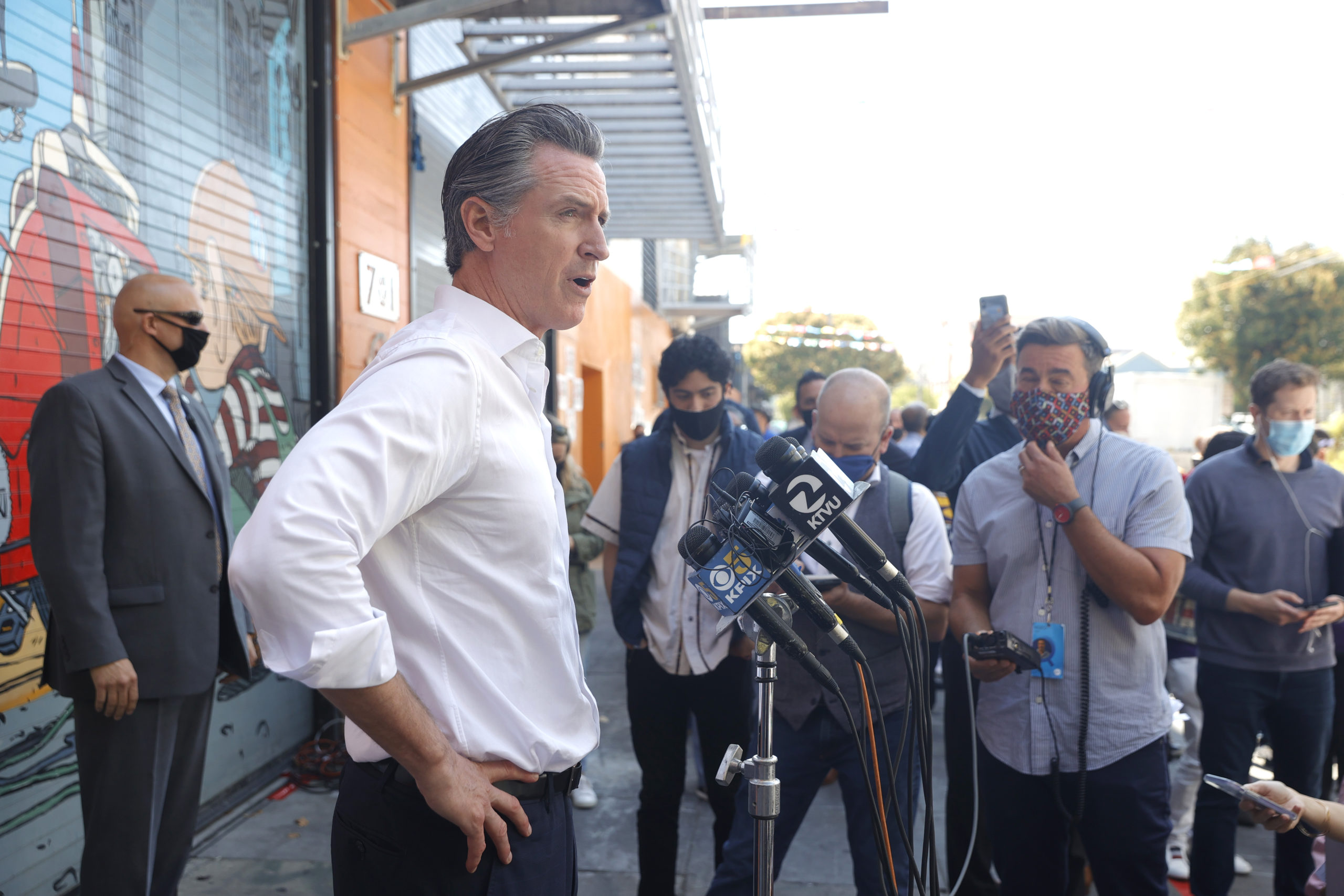 SAN FRANCISCO, CALIFORNIA – SEPTEMBER 07: California Gov. Gavin Newsom speaks to reporters at a “Vote No” get out the vote tour campaign stop at Mission Language and Vocational School on September 07, 2021 in San Francisco, California. With seven days to go until the California recall election, California Gov. Gavin Newsom continues to campaign throughout the state. U.S. Vice President Kamala Harris will be joining Gov. Newsom at a campaign event in the San Francisco Bay Area on Wednesday. (Photo by Justin Sullivan/Getty Images)

Schwarzenegger also pushed back on Newsom’s messaging that his recall was spearheaded by “members of the Three Percenters — the right wing militia group, the Proud Boys… folks that quite literally enthusiastically support Qanon conspiracies.”

California’s recall process is governed by a 1911 law proposed by Gov. Hiram Johnson, a progressive Republican who believed that voters should be able to remove an elected official before the official’s term ended.

Schwarzenegger won the 2003 recall election with 48% of the vote.

A FiveThirtyEight moving average showed a virtual tie between the keep and remove options for Newsom as recently as Aug. 11, but the governor has since opened up a 12 point lead.