Pope Francis re-emphasized Wednesday that the Catholic Church is firmly and adamantly against abortion as he addressed questions from reporters about giving pro-abortion Catholic politicians Communion.

The pope stressed the importance of priests acting as both pastors and shepherds without becoming political, but said that he did not know enough “details” to discuss problems presented by pro-abortion Catholic politicians in the U.S. (RELATED: Biden Says He Respects Those Who Believe Life Begins At Conception, But Doesn’t Agree)

“Scientifically it’s a human life,” the Holy Father said, according to CNA. “The textbooks teach us that. But is it right to take it out to solve a problem? And this is why the Church is so strict on this issue because it is kind of like accepting this is accepting daily murder.”

Pope Francis responded to a question about U.S. bishops and the possibility of denying Communion to pro-abortion politicians by emphasizing that clergy should be pastoral in their responses, rather than political.

“What should the pastor do,” the pope asked, according to CNA. “Be a shepherd, do not go around condemning … but be a pastor. But is he also a pastor of the excommunicated? Yes, he is the pastor and … he must be a shepherd with God’s style. And God’s style is closeness, compassion, and tenderness.”

He continued: “For me, I don’t want to particularize […] the United States because I don’t know the details well, I give the principle … Be a pastor and the pastor knows what he has to do at all times, but as a shepherd. But if he comes out of this shepherding of the Church, immediately he becomes a politician.”

The Holy Father has frequently been criticized by conservative and traditional Catholics for not addressing whether high-profile pro-abortion Catholic politicians, specifically President Joe Biden, should be denied Communion. Outlets like The New York Times have suggested that the pope’s silence on the matter “speaks volumes.”

The United States Conference of Catholic Bishops (USCCB) engaged in hours long debates in June whether high profile pro-abortion politicians, such as Biden and Speaker of the House Nancy Pelosi, may be denied Communion. The bishops overwhelmingly approved a measure to draft a document on the meaning of Communion. (RELATED: Media Treats Catholicism In Vastly Different Ways Depending On Politics)

The issue of pro-abortion politicians and Communion has gained media attention since Biden’s election, as the self-proclaimed Catholic president continues to push to expand abortion access in the United States.

Biden said as recently as Sept. 3 — in direct contradiction of Catholic teaching — that though he respects Americans who believe life begins at conception, he does not agree with them. 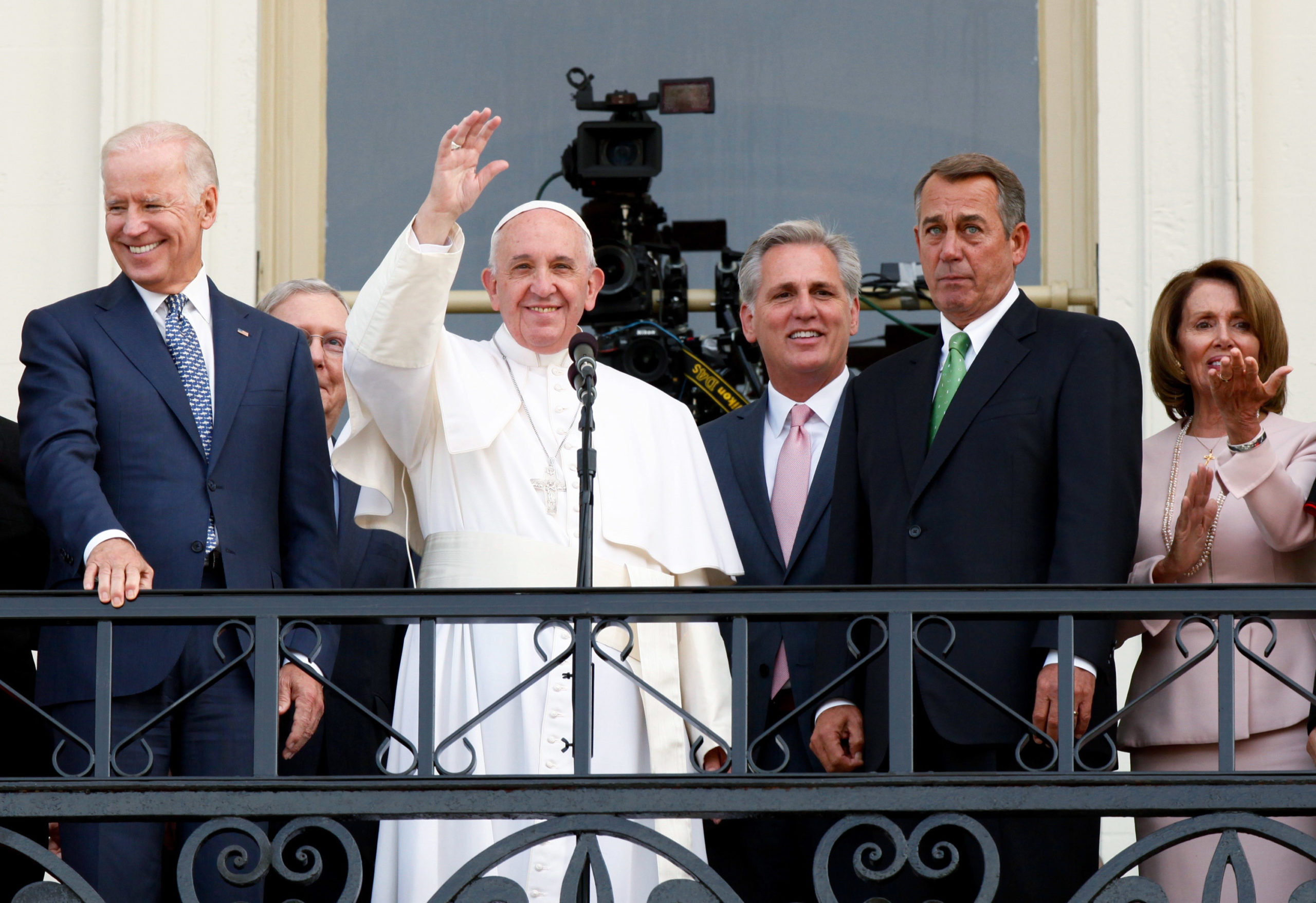 Francis told reporters on the plane that he has never denied anyone Communion, CNA reported, but he was unsure whether he has ever had a pro-abortion Catholic politician come to him for Communion. (RELATED: Media Calls Biden A ‘Devout Catholic.’ Where Does He Actually Stand With The Catholic Church?)

He commented on controversy over his 2016 apostolic exhortation “Amoris laetitia,” which sparked a media firestorm for its commentary on divorced and remarried Catholics receiving Communion.

“Do you remember the storm that was stirred by Amoris laetitia when that chapter on accompanying separated, divorced couples came out,” he asked reporters. “‘Heresy, heresy!’ Thank God there was Cardinal Schönborn, a great theologian who clarified things.”

The pope added that those who are “outside temporarily” are still children of God, urging pastors to continue ministry to these people.