Congress has distributed billions of dollars to states impacted by hurricanes over the past 20 years, and is gearing up to do so once again.

AccuWeather estimates that Ida could ultimately cost the U.S. $95 billion due to damages and economic disruption. CoreLogic, a data analytics firm, adds that costs could run as high as $40 billion across Louisiana, Alabama and Mississippi alone.

The totals would make Ida the seventh-costliest hurricane to the U.S. since 2000. For all six of the more damaging hurricanes, Congress passed bills to supplement FEMA’s disaster relief budget. The largest relief package was associated with Hurricanes Katrina and Rita, with the federal government passing a pair of appropriations bills totaling $62.3 billion in disaster aid. In addition to the congressionally appropriated funds, FEMA has released more than $50 billion to Katrina and Rita’s victims through its Disaster Relief Fund (DRF) over the past 16 years, according to the agency’s August 2021 DRF monthly report. 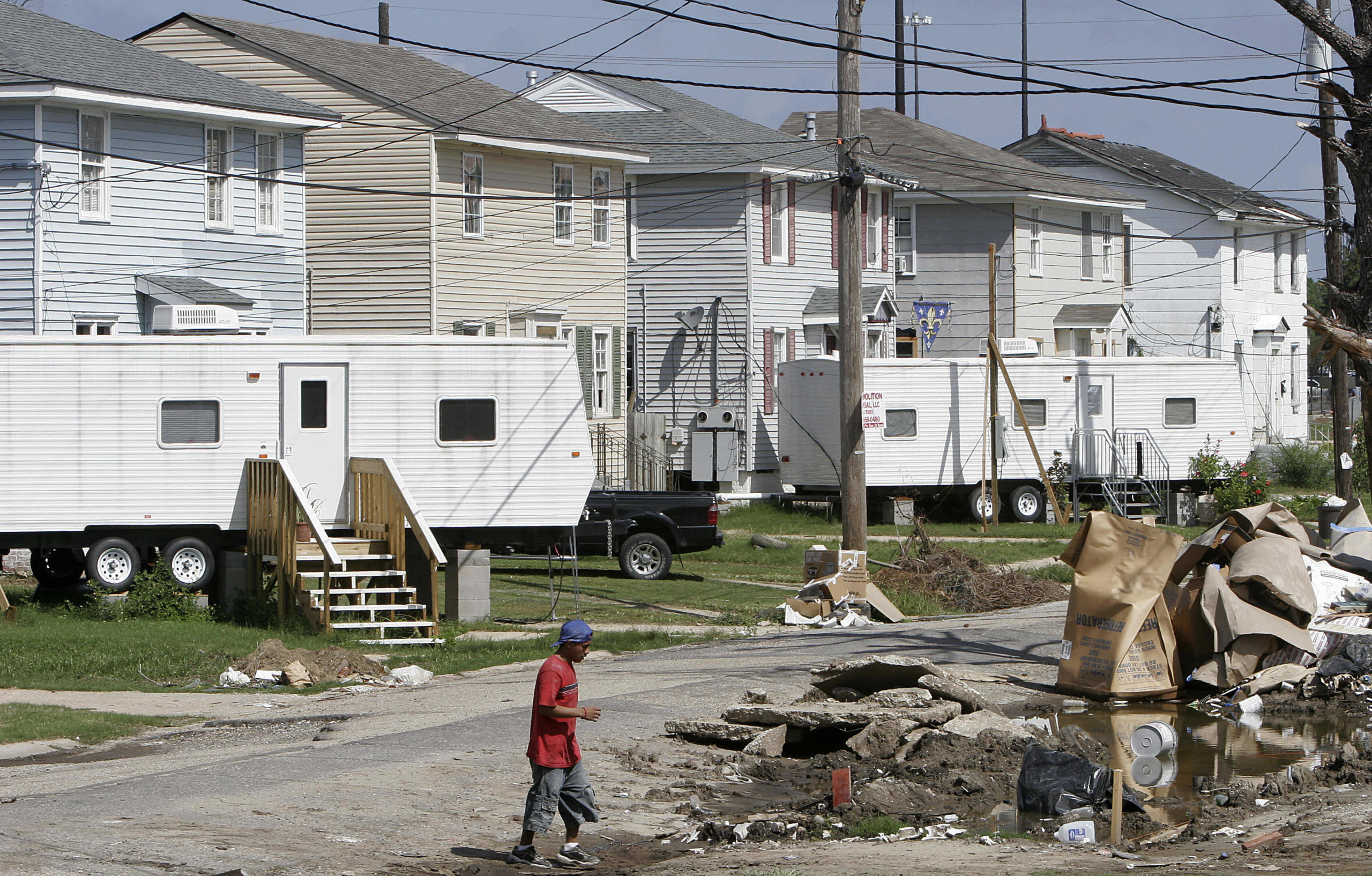 New Orleans, UNITED STATES: A worker crosses a street lined with FEMA trailers and flood-damaged homes still under repair in the Gentilly section of New Orleans, 28 August 2006, one day before the first anniversary of Hurricane Katrina. (ROBYN BECK/AFP via Getty Images)

In recent years, Congress has demonstrated an increased willingness to approve disaster relief aid and replenish FEMA’s funds. COVID-19 relief bills in particular proved fruitful for FEMA, with the CARES Act including $45 billion for the DRF, the 2021 Appropriations Act contributing $17.1 billion, and the American Rescue Plan adding $50 billion. FEMA spent $48 billion on COVID-19 out of the DRF in Fiscal Year (FY) 2020, and has spent $36.8 billion so far in FY 2021, according to the August DRF monthly report.

However, DRF funding does not tell the whole story. In the years after hurricanes Katrina, Rita and Wilma, all of which struck Louisiana between August and October 2005, Congress became much more willing to distribute large sums of aid to states via the appropriations process. Total aid has often been distributed across multiple bills, with the larger bills passing later.

Congress allocated $60.4 billion across two bills for East Coast states to rebuild following Hurricane Sandy, which struck New Jersey and New York in October 2012. The first bill, for $9.7 billion, passed in early January, while the second, which sent $50.7 billion to places like Washington, D.C., and the U.S. Virgin Islands, passed nearly a month later.

With Congress back in session, legislators for states hit hard by Ida are likely to push for multiple relief packages. However, Democrats are also corralling their caucus to pass Biden’s $3.5 trillion social spending package via the reconciliation process, as well as the bipartisan Infrastructure Investment and Jobs Act. Looming over all the new spending is a debt ceiling showdown between Democrats and Republicans, with Senate Minority Leader Mitch McConnell calling on Democrats to raise the debt ceiling unilaterally.

Speaker of the House Nancy Pelosi has demanded a bipartisan agreement to raise it.

With bipartisan support for relief, however, Congress is likely to fund at least one aid package for the affected states.