U.S. and Mexican officials are collaborating to deter more Haitian migrants from reaching the U.S., and some of the migrants who were deported didn’t know they were going back home, according to multiple reports.

U.S. Border Patrol agents on horseback directed Haitian migrants attempting to reach Del Rio, Texas, to turn around and go back to Ciudad Acuña, Mexico, the El Paso Times reported on Sunday. At the same time, some Mexican immigration officials blocked off some entryways into Ciudad Acuña in an effort to stop more migrants from reaching the Rio Grande river.

“Let’s go! Get out now! Back to Mexico!” a U.S. Border Patrol agent shouted at migrants, according to the El Paso Times. Eventually, U.S. agents allowed migrants to return to the Del Rio, Texas, encampment where more than 10,000 others wait in hopes of applying for asylum. 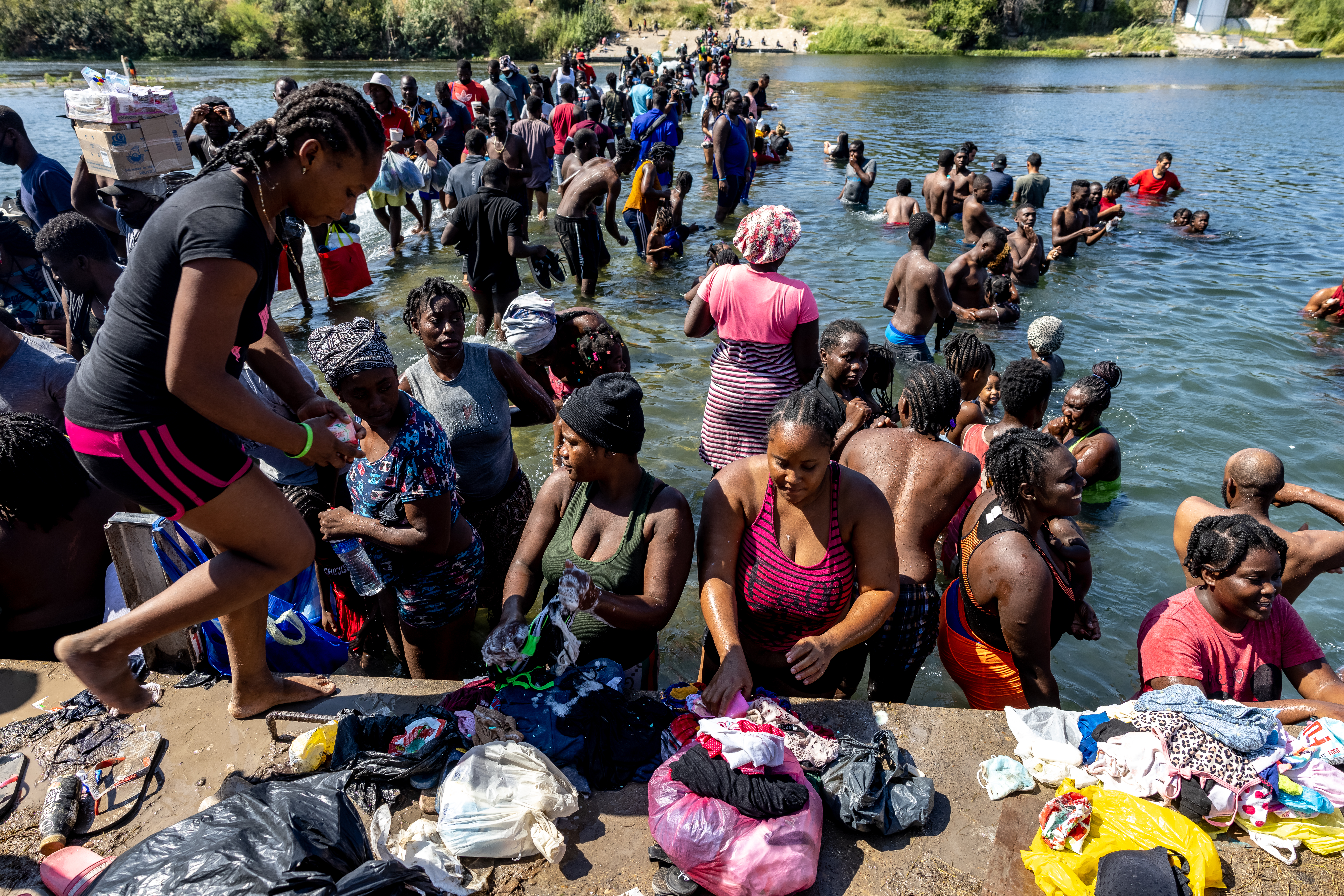 Migrants wash their clothes in the Rio Grande River near a makeshift encampment under the International Bridge between Del Rio, TX and Acuña, MX on September 17, 2021 in Del Rio, Texas. (Photo by Jordan Vonderhaar/Getty Images)

U.S. and Mexican officials told migrants they would be deported to Haiti if they joined others under the Del Rio International Bridge, the El Paso Times reported. More than 2,000 migrants were transferred from the bridge area to other processing facilities, while others were placed on flights to Port-Au-Prince, Haiti, according to Democratic Del Rio Mayor Bruno Lozano.

“Two-thousand people is much better than what we were doing before, which we were only moving about 400,” Lozano said, according to the El Paso Times.

Some Haitian migrants who made it to the Del Rio camp claimed not to know they were being deported to Haiti, The Washington Post reported on Sunday. Johnson Bordes, 23, was deported to Port-Au-Prince just two weeks after arriving in Del Rio, Texas.

“How could they bring us back here?” Bordes said, according to the Post. “This is an injustice. I don’t even know where we are going to sleep tonight.” (RELATED: Thousands Of Migrants, Mostly From Haiti, Overwhelm Border Officials In Texas)

Bordes left Haiti in 2010 when he was 12-years-old, settled in the Dominican Republic and later moved to Chile, the Post reported. His family motivated him to try to come to the U.S., with no expectation the trip could lead him back to where he came from.

“If Biden continues with these deportations, he’s no better than Trump,” Bordes said, according to the Post. “I’m afraid for my safety here. I don’t even know this country anymore.”

Bordes met several other migrants who were deported to Haiti after not living in the country for many years, according to the Post. Several families reportedly said they didn’t know they were being returned to Haiti.