Republican Rep. Tony Gonzales of Texas said the secretary of homeland security attempted to “bull****” him during a call where they discussed national security concerns at the U.S.-Mexico border, the Washington Examiner reported.

“We discussed a wide variety of things, but one of the things that I mentioned in particular, I was like, ‘Look, the migrant situation’s absolutely chaotic and terrible, but what keeps me up at night is another 9/11-type of event,'” Gonzales told the Washington Examiner about his call with Secretary Alejandro Mayorkas.

“And when you have all of your Border Patrol agents — it’s not only in the Del Rio sector, it’s the surrounding sectors as well — that all kind of come to Del Rio to handle this situation, that literally leaves our border wide open,” he said. 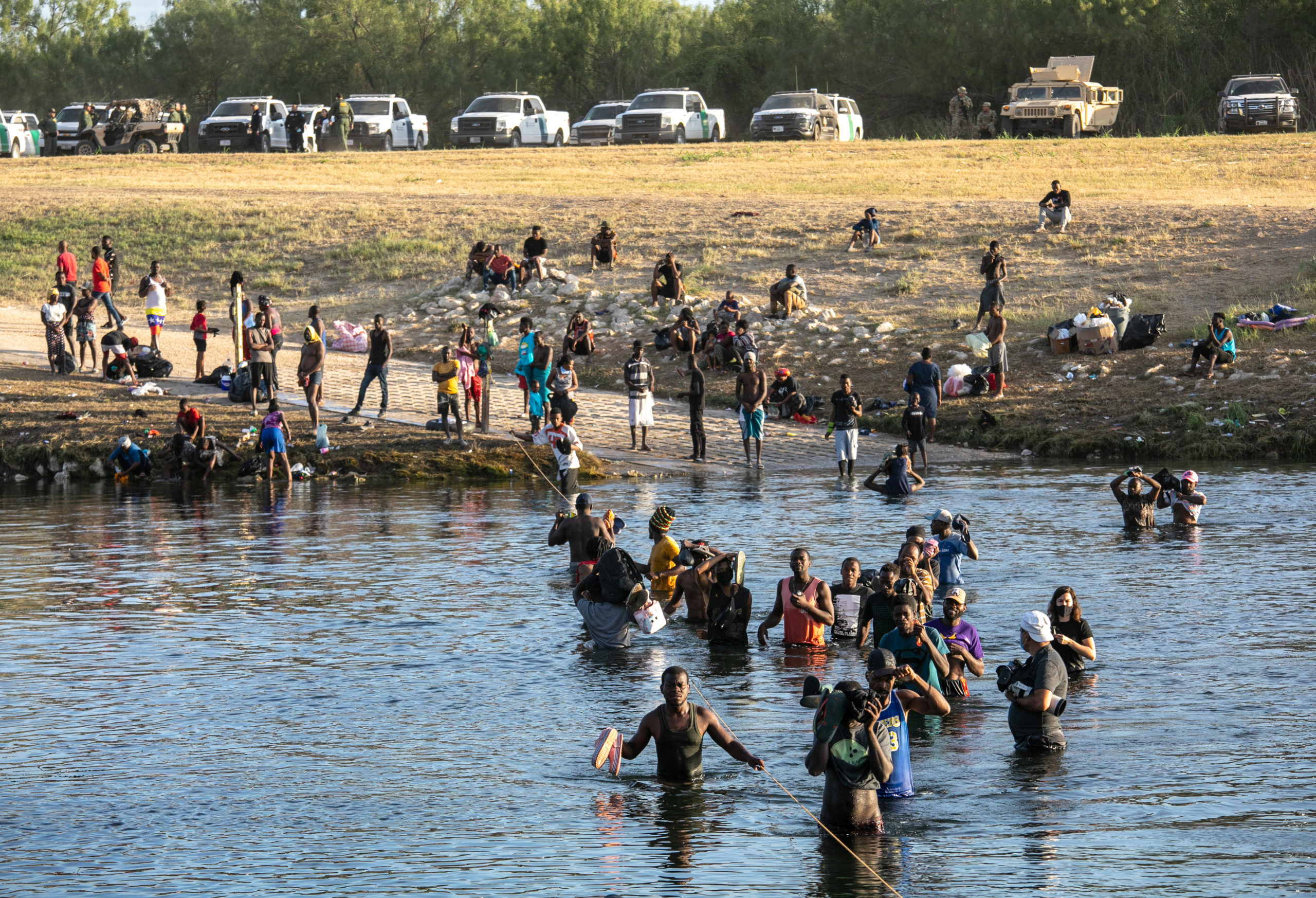 U.S. Border Patrol agents watch from their vehicles as migrants cross from a camp in Del Rio, Texas to go get food supplies on September 22, 2021 as seen from Ciudad Acuna, Mexico. (John Moore/Getty Images)

Gonzales‘ district includes 800 miles of the southern border and the town of Del Rio, where thousands of migrants have overwhelmed border officials. The phone call was the first time Gonzales has directly spoken with Mayorkas since the migrants flooded the town, the Washington Examiner reported.

“It was kind of like, dismissive a little bit, and that’s a problem, especially when you’re talking about national security. Like, there are no second chances. You have to get it right every single time, or it’s game over,” he added.