Mistakes like the ones that led to the deaths of 10 civilians by a U.S. drone strike in Afghanistan will continue without a ground presence, experts told the Daily Caller News Foundation.

“Now that we don’t have an on-the-ground presence, it’s going to be harder to target people and know they’re the right people,” Mick Mulroy, former Deputy Assistant Secretary of Defense (DASD) for the Middle East and veteran of Afghanistan, told the DCNF.

Mulroy said the diminished U.S. human intelligence network in the country would severely impact the ability of the military to monitor terrorism. “We had an intelligence service. We had bases all over the country. We had the ability to move about, to meet with people. Now, we don’t have any of that,” he said.

The Aug. 29 drone strike approved by the U.S. was meant to target alleged ISIS-K fighters, but an investigation by the New York Times concluded that only civilians, including an aid worker and multiple children, perished.

The Pentagon had been tracking the vehicle of the aid worker, Zemari Ahmadi, throughout the day. They believed he had stopped by ISIS-K safehouse and mistook the containers filled with water he had loaded into his car as a potential threat, according to the NYT investigation.

Drone operators had not been surveilling Ahmadi’s home all day and said they did not see any children in the area when they launched the hellfire missile.

The U.S. military later admitted to knowing nothing about the aid worker they suspected was a terrorist before launching the strike. Joint Chiefs of Staff Chairman Gen. Mark Milley had called it a “righteous strike” before the Times’ report came out. 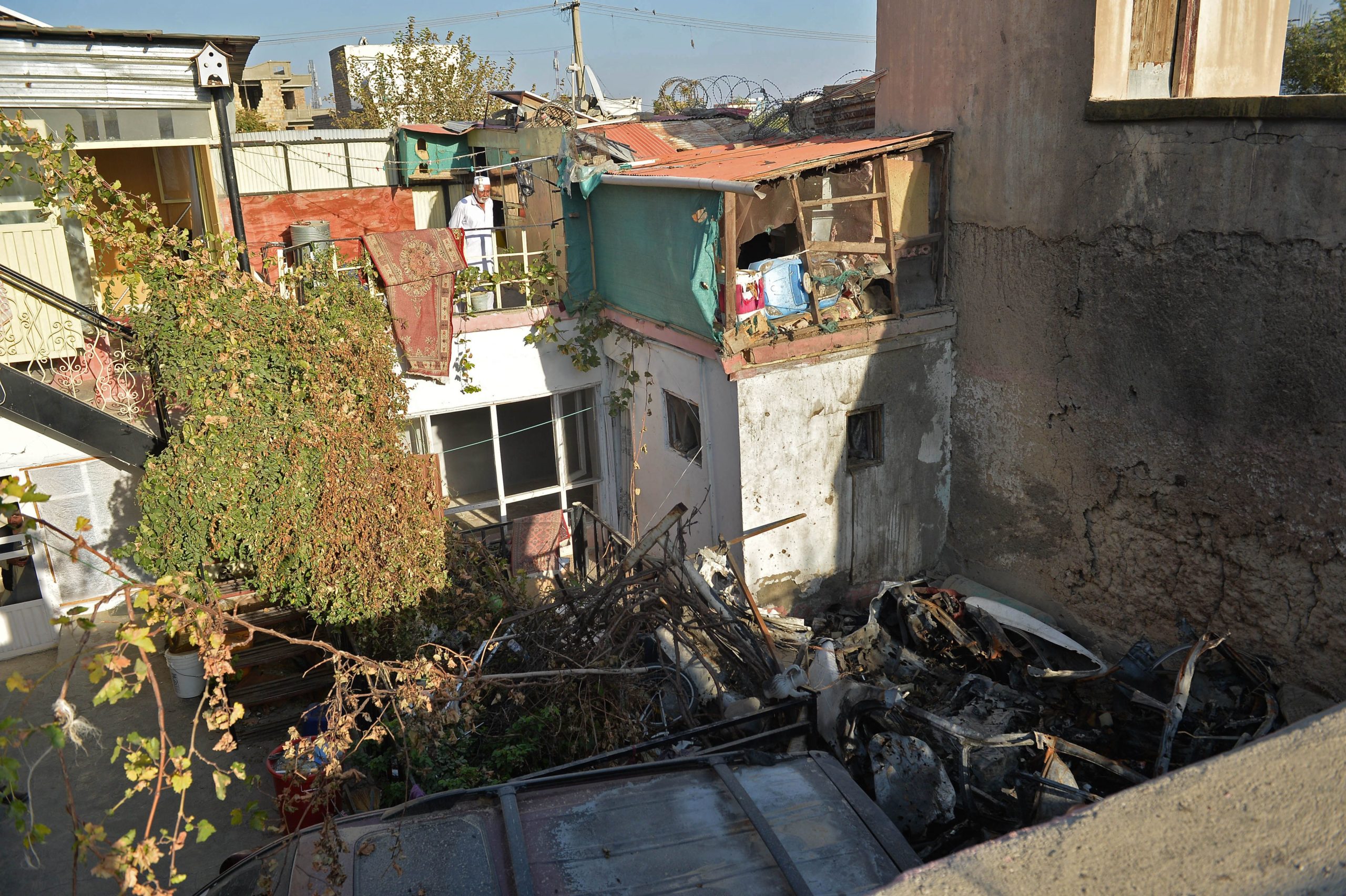 A relative of Ezmarai Ahmadi, looks at the courtyard of Ahmadi’s house that was damaged in a US drone strike in the Kwaja Burga neighbourhood of Kabul on September 18, 2021. (Photo by HOSHANG HASHIMI/AFP via Getty Images)

“There’s no demonstrable evidence that shows you can eliminate a transnational target just through targeted killing,” James Carafano, the vice president for National Security and Foreign Policy at the Heritage Foundation, told the DCNF. “You can kill terrorists. There’s no question about that. But there’s a difference between killing individual terrorists and actually getting rid of the threat.”

He noted that terrorists in the region now have 20 years of experience dealing with U.S. military and know how to hide themselves to avoid detection. Reliance on the Taliban and Pakistani intelligence will also negate American efforts, because “if it’s terrorists that they don’t want you to kill,” the U.S. won’t be able to find them. (RELATED: These Are The 9 Countries Set To Decide Whether Taliban Will Represent Afghanistan At The UN)

Mulroy, who called the incident an “absolute travesty,” said there needed to be a federal review of the number of citizens killed from drone strikes, not just because of the moral obligation, but because of the negative sentiment toward the U.S. they can create in their aftermath.

Fox Business host Lisa Kennedy argued on “The Five” that the Biden administration’s “shoot first, aim later” policy is how terrorists are created. “This is why there are so many in the military, especially special operators, that are opposed to drone strikes in general but especially these kind that really miss the mark,” she said.

“Part of being able to conduct these operations is the confidence in the American people that they’re being done with the utmost care not to … kill innocent civilians, especially children,” Mulroy said.

Carafano favors a thorough investigation into the mistakes that caused the 10 civilian deaths but has “zero confidence” the White House will produce anything of substance. He compared the White House’s call for an investigation to the 90-day intelligence review on the origins of COVID-19. 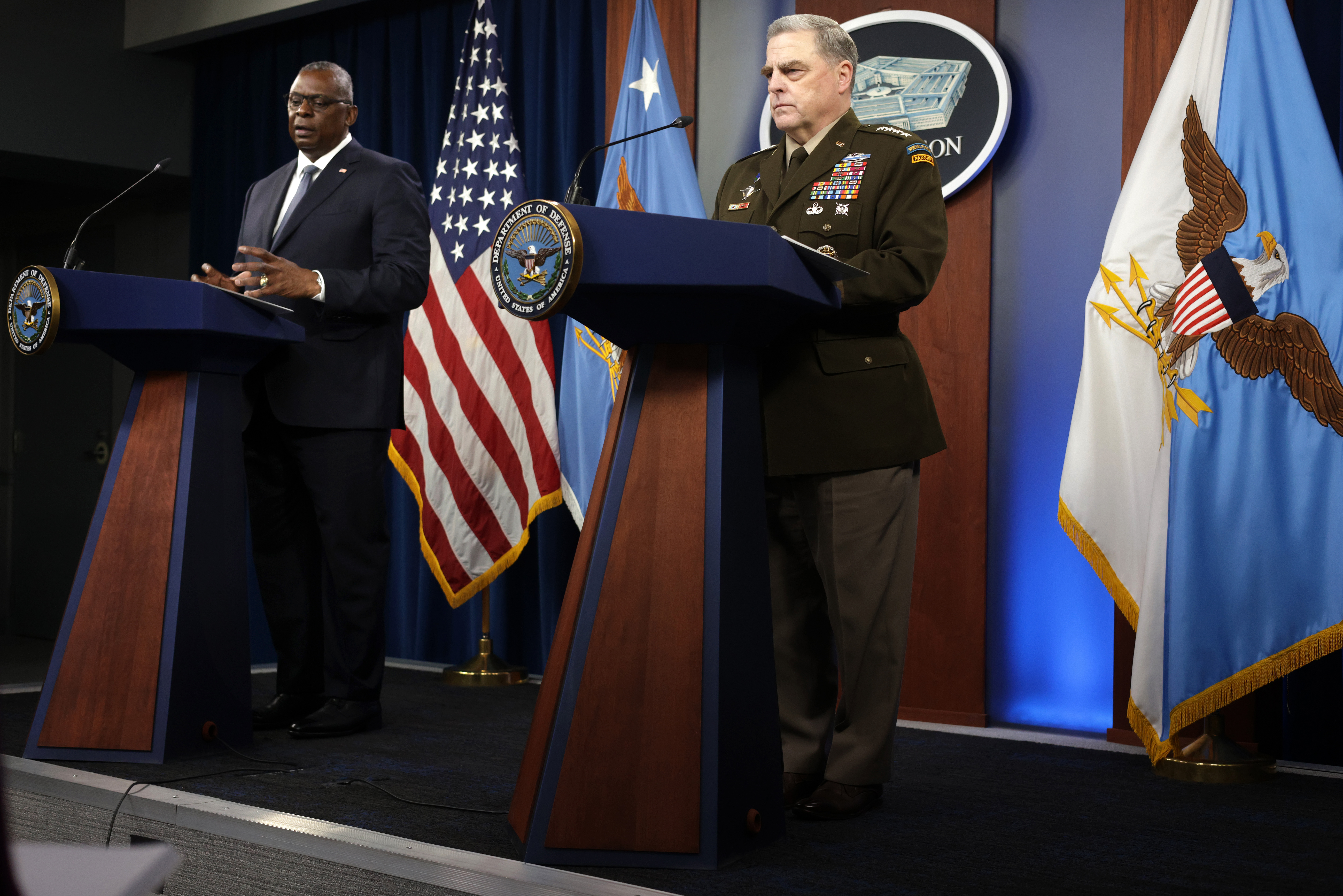 U.S. Secretary of Defense Lloyd Austin (L) and Chairman of the Joint Chiefs of Staff Army General Mark Milley (R) deliver remarks at the Pentagon on September 1, 2021 in Arlington, Virginia. Secretary Austin and General Milley delivered remarks about the end of the military mission in Afghanistan. (Photo by Alex Wong/Getty Images)

“The intelligence community came back with a predictable report, which is we don’t have the answer,” he said. “Why should we believe that this is any different? The White House is happy to investigate, they push it out of the news cycle and then they’ll just move on.”

“I think it should all be rolled into a larger 9/11 style investigation,” Carafano added. “What happened in the evacuation, including the drone strike, is fundamental to not just understanding what went wrong in the past but what we need to do right now to make ourselves safe in the future.”

A question Mulroy wants answered is how the Biden administration was able to make such a definitive statement of success after the drone strike. (RELATED: ‘No One Will Tell Us What Our Laws Should Be’: Taliban Official Says They Will Bring Back Extreme Punishment)

“The only thing I saw them say is he stopped by … what they believed to be an ISIS safehouse. Okay, so how many other people stop by that ISIS safehouse?” he said. “I don’t understand how they didn’t know that there was children there and if the car wasn’t moving toward the airport, why was it considered an imminent threat?”

Mulroy made clear that his analysis was not privy to the information the U.S. military had and that it is easy to “armchair quarterback” in situations like this, but said people need to be “held accountable” if they did not follow the proper procedures.

“We got to do better,” he said. “Innocent people died and, eventually, the American people will lose confidence in our ability to do this type of operation.”