After only three months at the helm of the Federal Trade Commission, Lina Khan is disturbing many top Republicans, who say she’s turned the agency into a partisan weapon.

The 32-year-old Yale alum, confirmed in June with significant bipartisan support, has pushed to expand the role of the Federal Trade Commission (FTC) as well as empower her own office, withdrawing key guidelines on competition and mergers, pushing to expand rulemaking authority and overseeing antitrust litigation against Facebook, all while curbing the flow of information to the agency’s staff and even fellow commissioners. Khan’s actions have earned her the backing of several top Democrats, but some Republicans say Khan’s reforms are little more than a partisan power grab.

“She’s abandoned long-standing bipartisan practices and made it clear she will use the FTC to advance President Biden’s agenda in the name of economic ‘inequality’ and socialism,” Rep. Jim Jordan, ranking member of the House Judiciary Committee, told the Daily Caller News Foundation, describing her tenure as chair as “radical and partisan.”

In testimony before the Senate on Tuesday, Wilson said Khan was tearing down “the FTC’s rich bipartisan tradition” and damaging the agency’s reputation. Wilson alleged Khan was keeping her in the dark in certain merger review cases, saying she had to ask the companies she was reviewing for documents related to the merger review process because internal FTC sources would not provide them.

The commissioners have also taken issue with Khan’s mid-September withdrawal of the 2020 Vertical Merger Guidelines, which were designed to provide clarity to businesses seeking to acquire other non-competing businesses in the same industry, without proposing a replacement. Phillips and Wilson called the withdrawal a continuation of “the disturbing trend of pulling the rug out under from honest businesses” in a dissenting statement.

The Republicans accused Khan of favoring “unchecked regulatory power over guidance,” characterizing the withdrawal of the guidelines as a way for Khan to force businesses seeking vertical mergers to subject themselves to her discretionary authority. Phillips and Wilson also highlighted the conspicuous absence of public input in Khan’s decisions.

The Republicans’ rebuke echoed earlier criticism of Khan for jettisoning bipartisan Obama-era guidelines on unfair competition in July and offering only a promise of future rules in their place. The discarded guidelines provided clarity to businesses on how the FTC would enforce antitrust law, Phillips and Wilson argued, who worried their absence could have a chilling effect on the economy.

“Consumers will lose the benefits of competition, and honest businesses will lose clarity regarding the boundaries of lawful conduct,” the commissioners wrote. (RELATED: Biden’s Pick For Banking Regulator Once Praised Former Soviet Union For Having ‘No Gender Pay Gap’)

There have also been reports that the FTC, when investigating mergers, is requesting companies provide information on how the merger will affect issues such as ESG goals, unionization, and equity.

Darren Tucker, a lawyer for antitrust law practice Vinson & Elkins LLP, shed light on this practice in an open commission meeting on Sept. 15, saying FTC staff had requested information on these concerns but had not communicated how it would affect the merger review process, “leaving the outside world guessing as to the role they play in agency decision making.”

Antitrust law firms said they were seeing an uptick in requests for information on the aforementioned concerns, Law360 reported, and Tucker told the publication that requests for this information were “unusual” and “nontraditional.”

When reached for comment by the DCNF, an FTC spokesperson declined to provide details on how information related to ESG goals, equity concerns, and unionization would be used to determine whether a merger was lawful.

“The FTC should be providing regulatory clarity, enforce the law as written and promote markets that consumers need to work for them,” Jonathan Wilcox, spokesman for Rep. Darrell Issa, told the DCNF. “Instead, Ms. Khan has adopted an ideologically partisan agenda that seeks to control the private sector and routinely oversteps any authority granted from the Congress.” 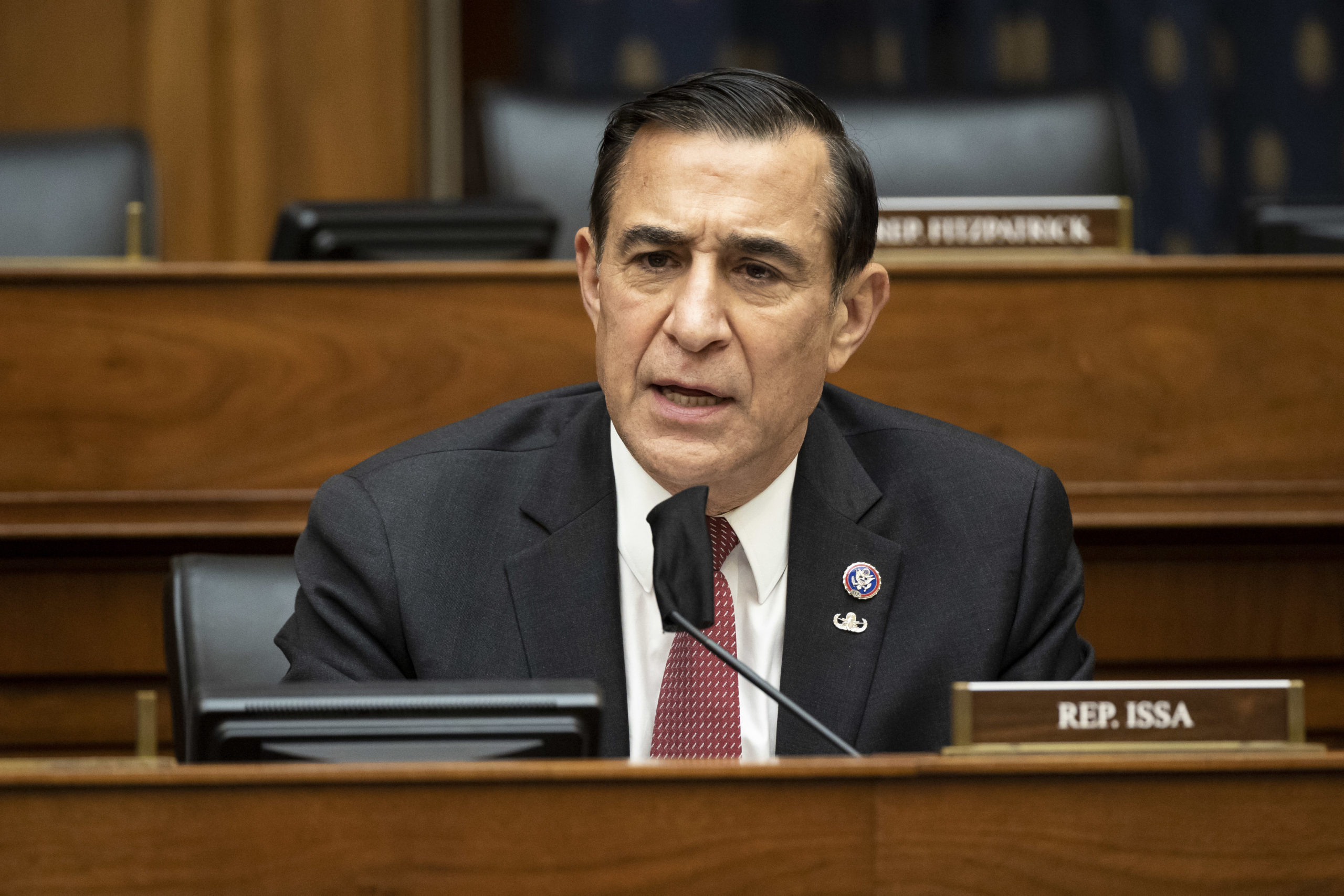 Former FTC acting Commissioner Rebecca Kelly Slaughter, a Democrat, has repeatedly and publicly lobbied for the FTC to consider equity concerns when enforcing antitrust law, tweeting in September 2020 that “antitrust can and should be antiracist.”

“Antitrust law itself can be used to promote racial inclusion and equity,” Slaughter said at an antitrust conference in November 2020. (RELATED: Mike Lee, Klobuchar Urge FTC To ‘Consider All Available Options’ Against Facebook)

Khan has not publicly addressed how information on equity concerns will affect merger reviews, but issued a memo last week promising to “take a holistic approach to identifying harms” when enforcing antitrust and consumer protection laws.

“Inevitably, the commissioners would favor certain business models over others, triggering massive penalties against practices they personally disfavor,” the Republicans wrote. “Attempting to rewrite privacy law by executive fiat would be a blatant overreach that would almost certainly invite legal challenges.”

Sen. Richard Blumenthal talks with Sen. Elizabeth Warren (D-MA) before the start of a Senate Armed Services Committee hearing concerning the roles and responsibilities for defending the nation against cyber attacks, on Capitol Hill, October 19, 2017 in Washington, DC. (Photo by Drew Angerer/Getty Images)

While Republican politicians have constituted the majority of Khan’s critics, she is ruffling feathers among rank-and-file FTC employees as well, with several recruiters and law firms reporting an unprecedented exodus of FTC lawyers since the start of Khan’s tenure, according to a July review by The National Law Journal. Many employees feel disrespected and ignored by Khan’s isolated managerial style, Politico reported last week, and say their input is not being considered in agency decisions.

The Federal Trade Commission did not respond to requests for an interview with Chairwoman Lina Khan.