Facebook filed a petition Wednesday asking for Federal Trade Commission (FTC) Chair Lina Khan to recuse herself from the FTC’s antitrust case against the company.

The tech giant argued in the petition that Khan’s public statements, in which she suggested Facebook’s conduct constituted an antitrust offense, violated the company’s due process rights.

“When a new Commissioner has already drawn factual and legal conclusions and deemed the target a lawbreaker, due process requires that individual to recuse herself from related matters when acting in the capacity of an FTC Commissioner,” Facebook argued in the petition. (RELATED: Jim Jordan Announces Plans To Make It Easier To Break Up Big Tech)

The petition pointed to Khan’s October 2020 interview with The New York Times, in which she characterized Facebook’s acquisition strategy as a “land grab” to “lock up the market,” as well as a December 2020 tweet in which Khan described the company’s acquisitions of WhatsApp and Instagram as “part of broader monopoly maintenance strategy.”

“Chair Khan’s recusal is necessary in order to protect the fairness and impartiality of the proceedings,” Facebook said. The tech giant also mentioned Khan’s work with the Open Markets Institute, an antitrust think tank. 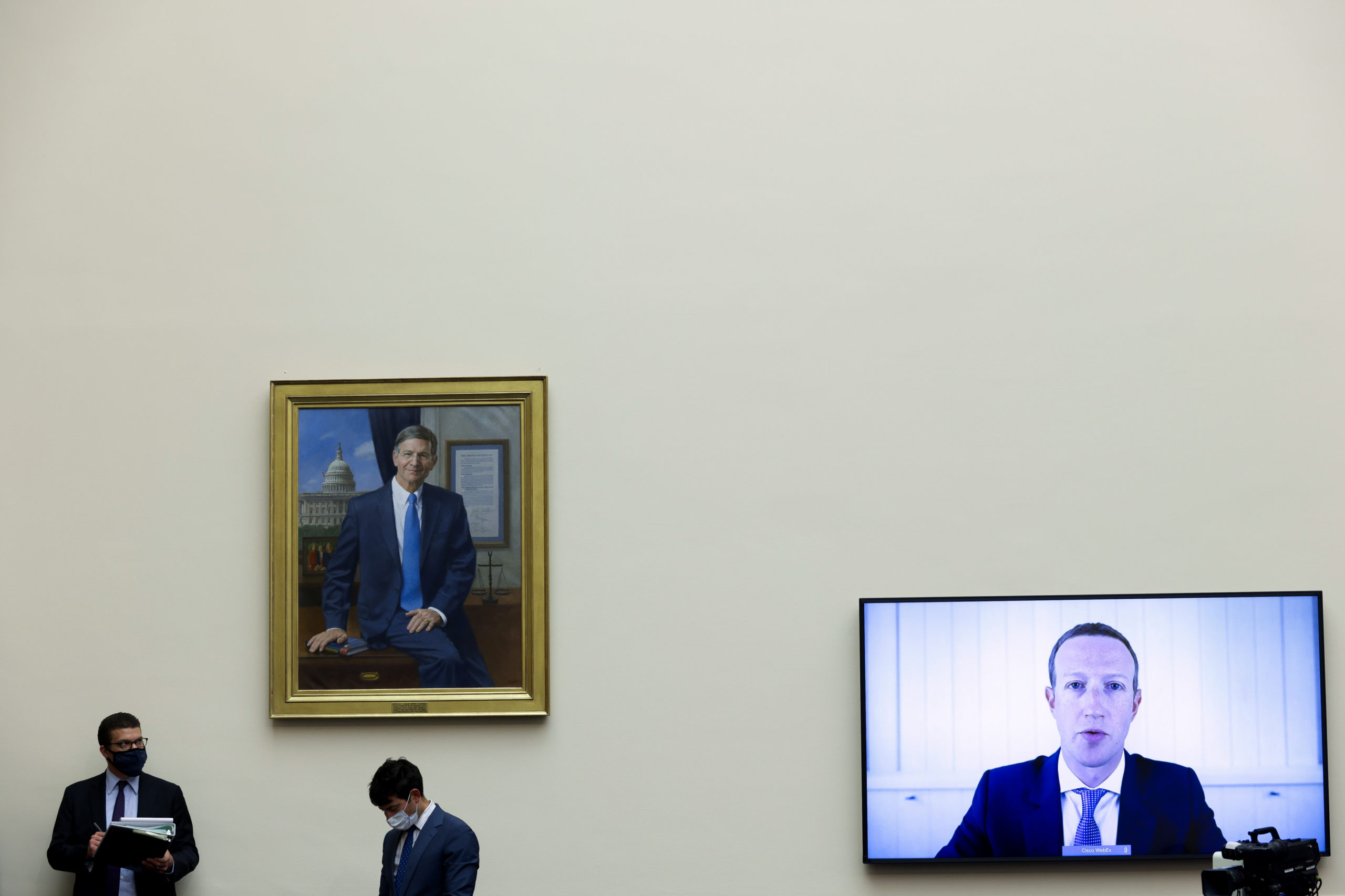 Khan was appointed to head the FTC on June 15. The FTC’s complaint against Facebook, in which the agency alleged the company used anticompetitive tactics to maintain a monopoly in personal social media, was dismissed on June 28, though the agency can amend the complaint and refile.

Facebook cited the 1970 case of Cinderella Career and Finishing Schools, Inc. v. Federal Trade Commission, in which the D.C. Circuit Court dismissed the FTC’s complaint after finding Commissioner Paul Rand Dixon was biased, as precedent for its argument.

“That precedent, as well as the federal ethics rules, compel Chair Khan’s recusal from any decisions regarding the pending antitrust case against Facebook,” the petition argued.

Amazon had also petitioned for Khan to recuse herself from cases involving the company in June, pointing to Khan’s public statements suggesting Amazon had violated antitrust law, as well as a paper she wrote during her time at Yale Law School calling for more aggressive antitrust enforcement of Amazon.

“These statements convey to any reasonable observer the clear impression that she has already made up her mind about many material facts relevant to Amazon’s antitrust culpability as well as about the ultimate issue of culpability itself,” Amazon argued in the petition.

An FTC spokesperson declined to comment on the situation.