U.S. Trade Representative Katherine Tai said the Biden administration would enforce the Phase One trade agreement negotiated by the Trump administration with China while giving a speech at the Center for Strategic and International Studies on Monday.

“For too long, China’s lack of adherence to global trading norms has undercut the prosperity of Americans and others around the world,” Tai said in prepared remarks. “China made commitments that benefit certain American industries, including agriculture, that we must enforce.”

China has fallen short on the purchase totals it agreed to as part of the agreement, increasing its purchases by only 69% as of July 2021, according to the non-partisan Peterson Institute for International Economics (PIIE).

While Tai did not get into specifics about how the U.S. would go about making China adhere to its commitments, she said the administration would have “frank conversations” with China and “use the full range of tools” at its disposal, developing new ones, if needed. 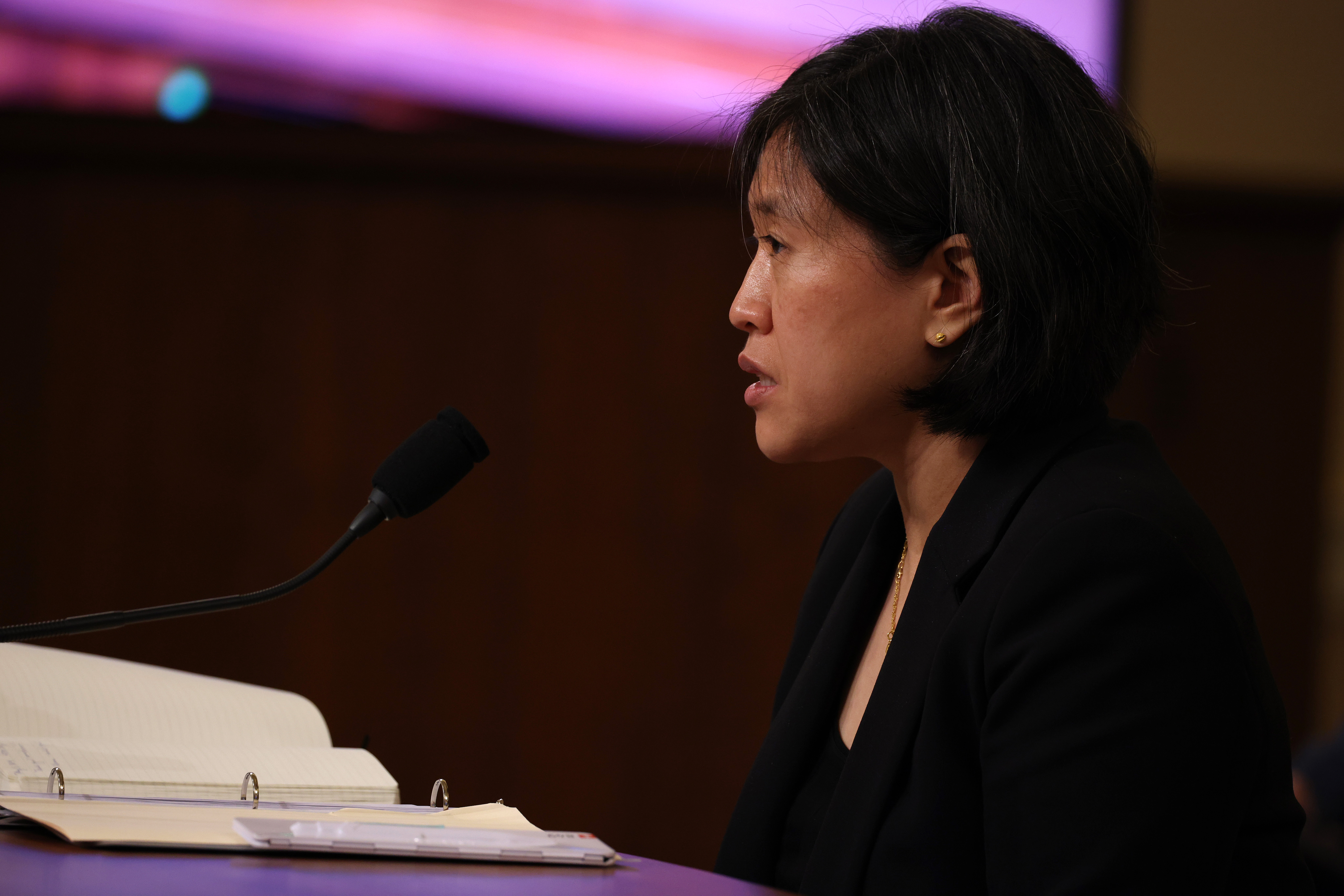 U.S. Trade Representative Katherine Tai speaks during a hearing with the House Ways and Means committee at Capitol Hill on May 13, 2021 in Washington DC. (Photo by Anna Moneymaker/Getty Images)

“Unlike the past, this administration will engage from a position of strength because we are investing in our workers and our infrastructure,” she said. (RELATED: China Has Taken Drastic Steps To Promote ‘Revolutionary Culture,’ So What’s Next?)

Tai emphasized the increased U.S. competitiveness the administration argues would emerge from Biden’s infrastructure objectives. She added that the Biden administration would create a targeted tariff exclusion process to “ensure that the existing enforcement structure optimally serves our economic interests.”

In a Q&A after the prepared remarks, Tai said she viewed the Phase One agreement as a “starting point,” noting that while she believes it’s not fair to say the deal had failed, the path U.S.-China trade relations take in the future will depend on the administration’s conversations with China.

“I don’t think there is a path to addressing those issues without having a direct conversation with China,” she said.