The Biden administration announced Thursday that the U.S. would officially rejoin the UN Human Rights Council, a reversal of the Trump administration’s decision to leave the body, in part due to its “unending hostility towards Israel.”

“Starting on January 1, 2022, in our new role as member, we can fully participate in the Council’s work of protecting and promoting human rights,” Ambassador to the UN Linda Thomas-Greenfield said in a statement Thursday. “Our goals are clear: stand with human rights defenders and speak out against violations and abuses of human rights.”

The U.S. left the council during the Trump administration, with then-Ambassador to the UN Nikki Haley describing the council itself as a “hypocritical and self-serving” organization with a “disproportionate focus and unending hostility toward Israel,” Reuters reported.

Haley said that members of the council such as Russia, China, Cuba and Egypt have a history of human rights abuses, and she criticized countries sharing U.S. interests that “were unwilling to seriously challenge the status quo.” 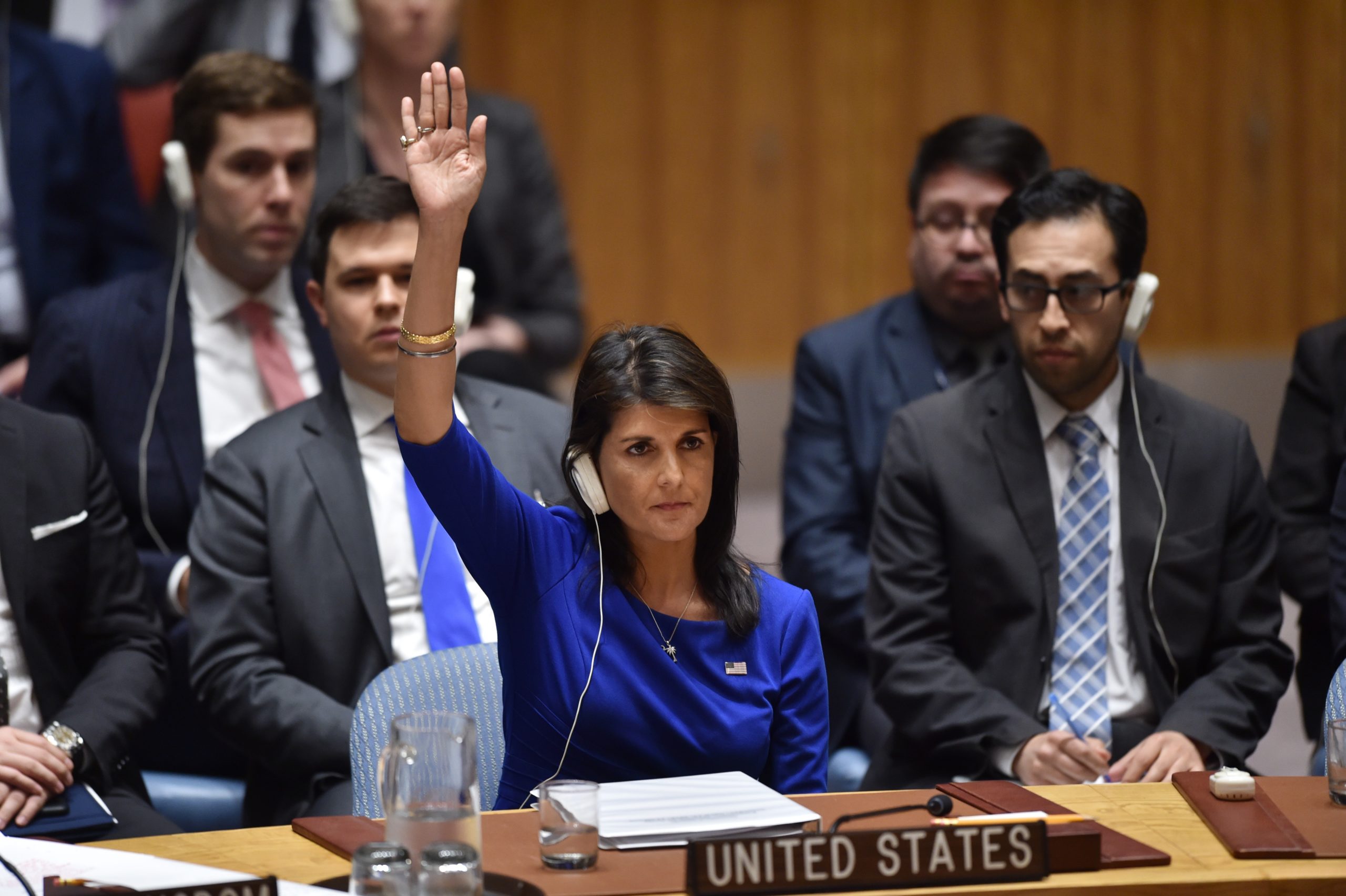 US Ambassador to the UN Nikki Haley votes during a UN Security Council meeting, at the United Nations Headquarters in New York, on April 14, 2018. (Photo by HECTOR RETAMAL/AFP via Getty Images)

Then-Secretary of State Mike Pompeo made similar statements about the decision to leave, accusing the council of “absolving wrongdoers through silence and falsely condemning those that committed no offense,” Reuters reported.

Thomas-Greenfield said the U.S. would “oppose the Council’s disproportionate attention on Israel,” and Secretary of State Antony Blinken said the Biden administration would ensure the council “upholds its highest aspirations and better supports those fighting against injustice and tyranny around the world.”

“If President Biden truly cared about human rights, he would keep us far away from the cesspool that is the UN Human Rights Council,” Haley said in a statement to the Daily Caller News Foundation. (RELATED: Nations Must ‘Inject Cash’ Into Afghanistan’s Economy, UN General Secretary Says)

“America left it under President Trump because we refused to lend our credibility, as the most generous country in the world, to cover for the world’s worst tyrants and dictators,” she added. “His actions today aren’t just embarrassing; they’re dangerous.”