A top White House official said Monday that Russia may use its vast natural gas exports as a weapon against energy-starved nations.

“I think we are getting close to that line if Russia indeed has the gas to supply and it chooses not to, and it will only do so if Europe accedes to other demands that are completely unrelated,” White House energy adviser Amos Hochstein told reporters on Monday, according to Reuters.

Hochstein, previously the head of the State Department’s Bureau of Energy Resources, added that Russia was crucial for the energy supply of many nations, especially those in Europe that rely on gas imports, Reuters reported. Russia is by far Europe’s largest provider of both natural gas and crude oil, Eurostat data showed.

“There is no doubt in my mind, and the (International Energy Agency) has itself validated, that the only supplier that can really make a big difference for European energy security at the moment for this winter is Russia,” Hochstein said.

However, the Biden administration and the German government greenlit the completion of Nord Stream 2 — a gas pipeline operated by the Russian state-run firm Gazprom — in July. The $11 billion project will pump natural gas directly from Russia to Germany. (RELATED: Russia Suddenly Slows Gas Flow Into Europe: REPORT) 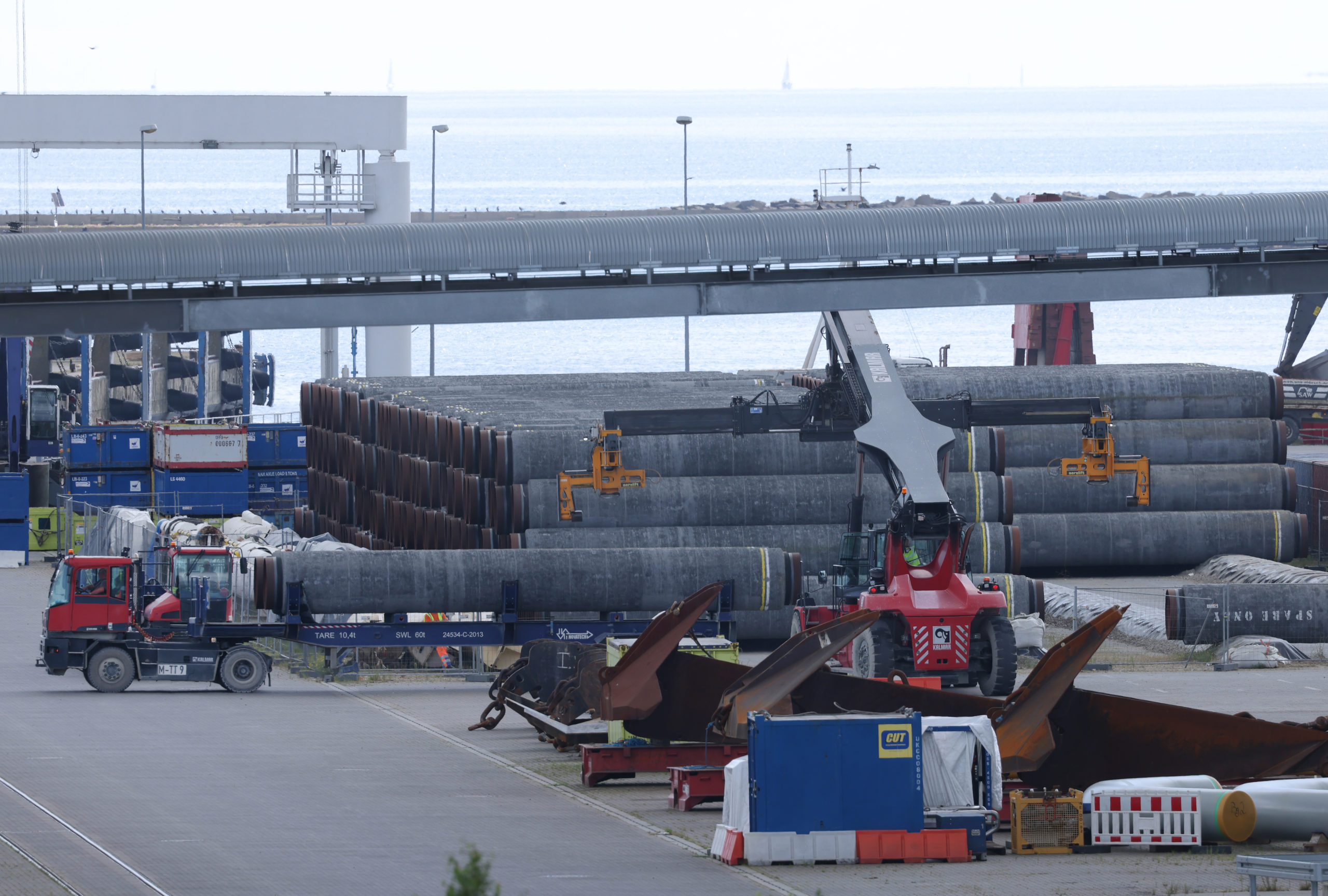 A truck carries a section of pipe for the Nord Stream 2 gas pipeline on Aug. 4 in Sassnitz, Germany. (Sean Gallup/Getty Images)

“Increasing energy and power prices rippling through economies of the UK and Europe and it’s raised the costs for goods and services, especially household energy—just in time for winter months,” Energy and Commerce Committee Ranking Member Cathy McMorris Rodgers said during an Oct. 21 hearing.

Europe has been rocked by surging energy costs which have steadily climbed for around six months. Natural gas and oil prices are expected to continue their upward trajectory as the weather gets colder and European consumers begin to heat their homes, The New York Times reported.

The EU has slowly transitioned to renewable energies, such as nuclear and solar power, over the last several years, but it continues to mainly rely on oil and gas for its energy supply.

Russia, meanwhile, has already shown a willingness to suddenly curb its natural gas supply to Europe as a power play, analysts said in August. The head of a Ukrainian state-run energy firm said Russia recently kept fuel supply low as a tactic to force Europe to give final approval for Nord Stream 2, according to Reuters.