Rapidly increasing energy costs across Europe and Asia have prompted warnings of an impending U.S. crisis and calls for policy makers to scale back the shift from fossil fuels to renewables.

“If it gets cold at all, we are in real trouble,” Kyle Bass, the founder and CEO of Conservation Equity Management, told the Daily Caller News Foundation.

Both the U.S. and international benchmarks for crude oil briefly touched multi-year highs this week and remain elevated after the Organization of the Petroleum Exporting Countries (OPEC) and its Russian counterpart opted against increasing production. The White House had pleaded in August with OPEC to boost production, noting that higher gas prices were inevitable if the cartel held firm.

In the U.K., natural gas prices soared higher, shattering previous record highs, according to Bloomberg. The crisis has led to long lines at gasoline stations, energy shortages, the collapse of three power companies and British soldiers delivering gasoline to pumps.

Department of Energy Secretary Jennifer Granholm said Wednesday that “all tools are on the table” as cold weather approaches and that the federal government may release some oil from its reserve system, according to the Financial Times. The U.S. Strategic Petroleum Reserve is the world’s largest emergency crude oil inventory. 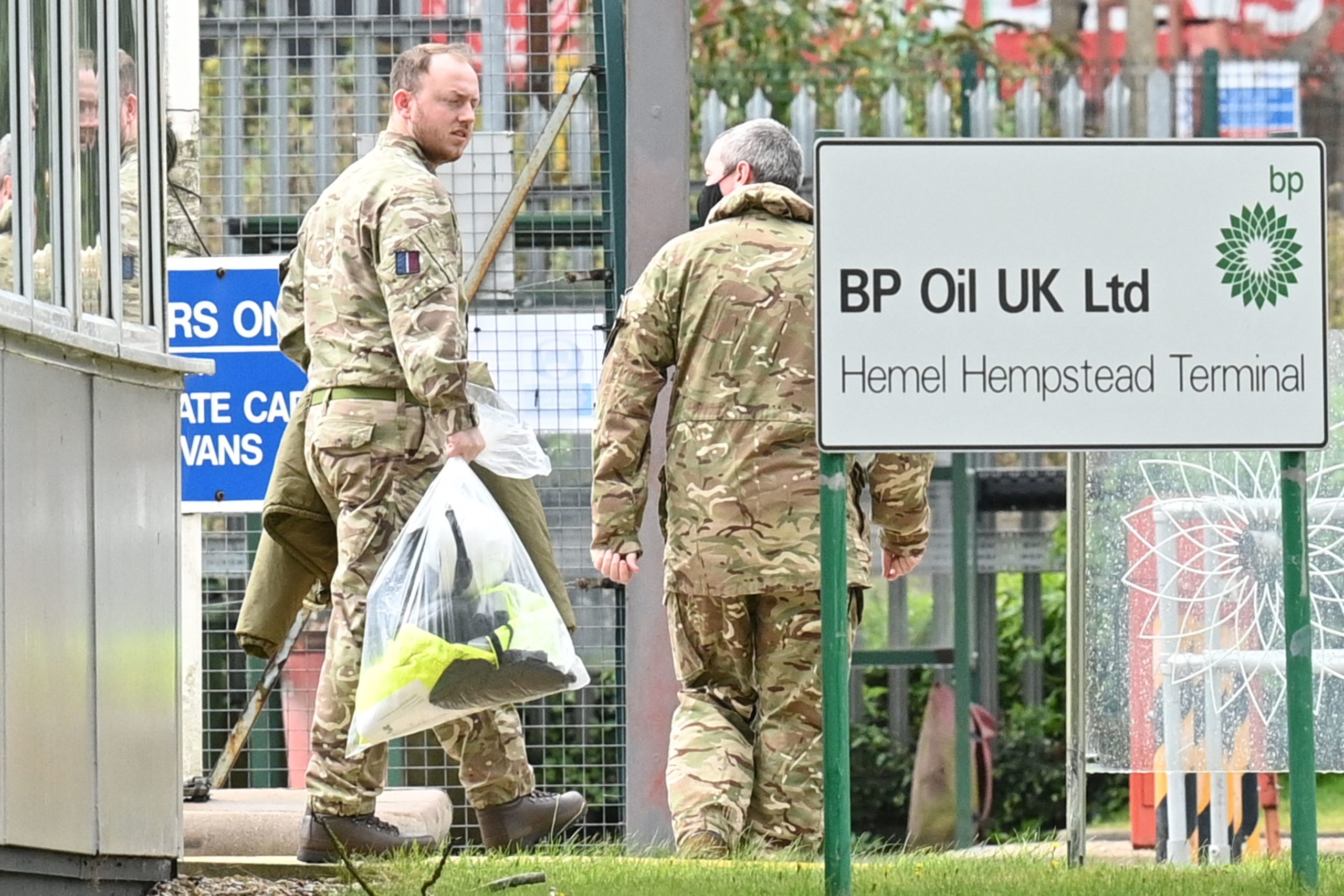 Members of the U.K. Armed Forces walk near the oil depot located in north London on Tuesday. (Justin Tallis/AFP via Getty Images)

‘Going to catch us with our pants down’

The global crisis and the threat of one in the U.S. has led some experts to question Western nations’ speedy transition to renewables from hydrocarbons like natural gas and oil. OPEC Secretary-General Mohammad Barkindo has repeatedly blamed the shift away from fossil fuels on rising worldwide prices.

“Certainly, we all want to keep gasoline prices low, but the threat of the crisis — the climate crisis — certainly can’t wait any longer,” White House press secretary Jen Psaki told reporters Wednesday. (RELATED: US Projects Global Emissions Will Continue To Rapidly Rise Through 2050 Despite Shift To Renewables)

Psaki added that the Biden administration hoped high energy prices wouldn’t change world leaders’ approach to the upcoming United Nations climate conference where world leaders are expected to develop a framework for curbing emissions over the next decade.

The vast majority of new global energy investment, meanwhile, has targeted renewable power and electricity networks in recent years, a trend that is expected to continue in 2021, according to the International Energy Agency’s flagship report published in June. Just $119 billion is projected to be invested in fossil fuel power this year compared to the $660 billion of expected investment in renewables and electricity networks.

“That under investment is going to catch us with our pants down,” said Bass, who is also the founder and chief investment officer of the investment firm Hayman Capital Management.

“I love the initiatives that are being discussed, but the kind of absolute shutdowns of certain things – immediately no more drilling on federal land, immediately no more interstate pipelines,” he continued. “It’s embarrassing to me that we buy Russian gas to heat the Northeast when all we have to do is build a pipeline.” 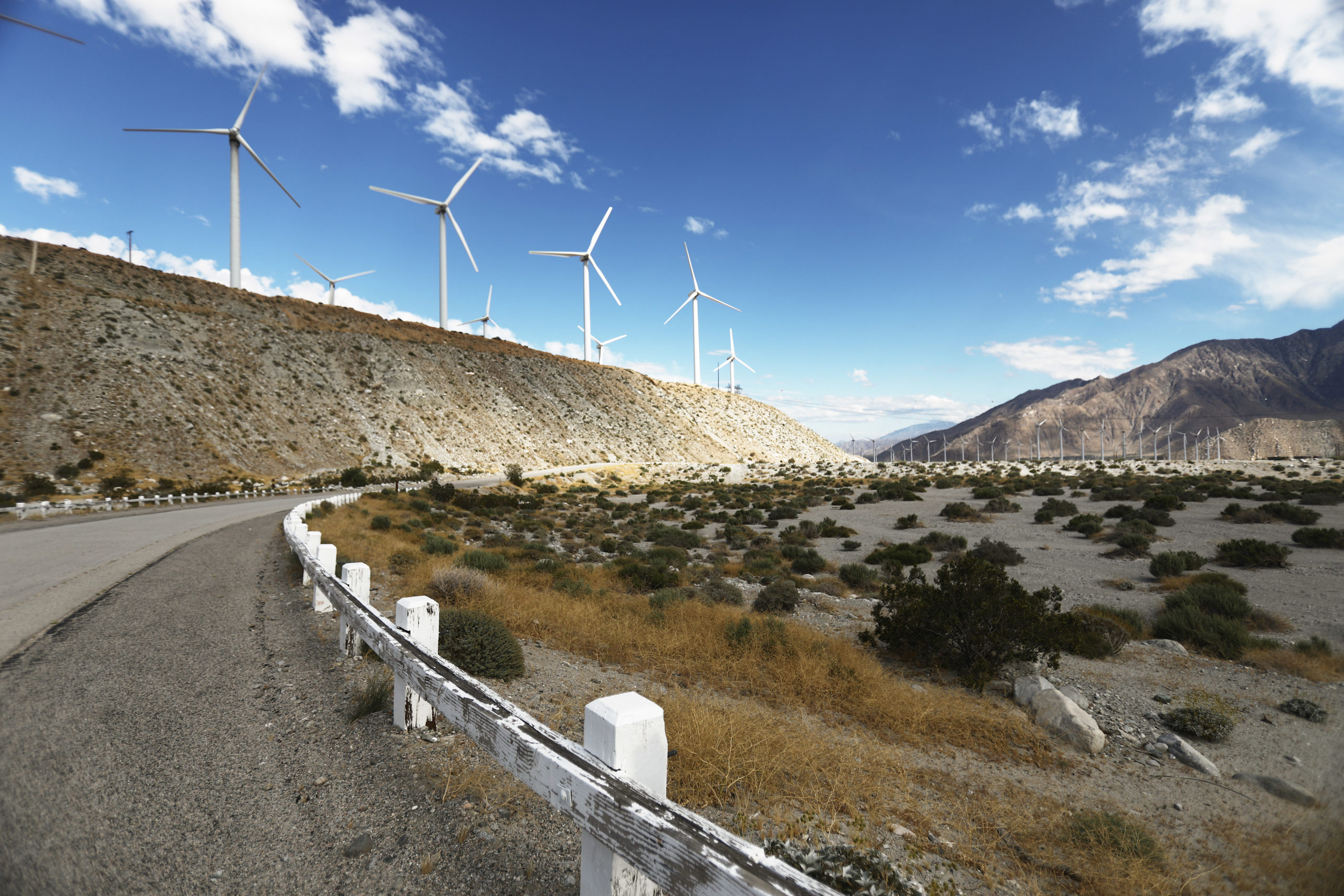 Wind turbines operate at a wind farm on May 6, 2019 in Whitewater, California. (Mario Tama/Getty Images)

Shortly after taking office, President Joe Biden revoked the federal permit for the Keystone XL pipeline and banned all new oil and gas leasing on federal lands. However, a judge blocked the federal leasing ban and more than 20 states filed a lawsuit challenging the president’s pipeline permit cancelation.

Bass added that U.S. prices are sure to reach levels seen across Europe and Asia during the winter because of low inventories. That could push prices higher across multiple economic sectors, which are all dependent on a healthy supply chain and lower energy prices. (RELATED: ‘Never-Ending Litigation’: Biden Administration Proposes Road Blocks To Its Own Infrastructure Priorities)

“What’s happening in Europe is they have turned their backs on hydrocarbons, coal, oil and gas in a very rapid green transition,” Dan Kish, a senior fellow at the Institute for Energy Research, told the DCNF. “As a consequence, the prices of everything have gone through the roof because the wind isn’t producing and the solar isn’t producing according to their projections of what it would be producing.”

In the U.K., renewables are the largest source of electricity because of a series of green policies implemented over the last several years that disincentivize oil and gas investment, The Wall Street Journal reported. By comparison, natural gas accounts for 40% of electricity in the U.S. while renewables produce 20% of electricity, according to the Energy Information Administration.

“This is all driven by politics,” Kish continued. “Our energy system is all of a sudden becoming weather dependent.” 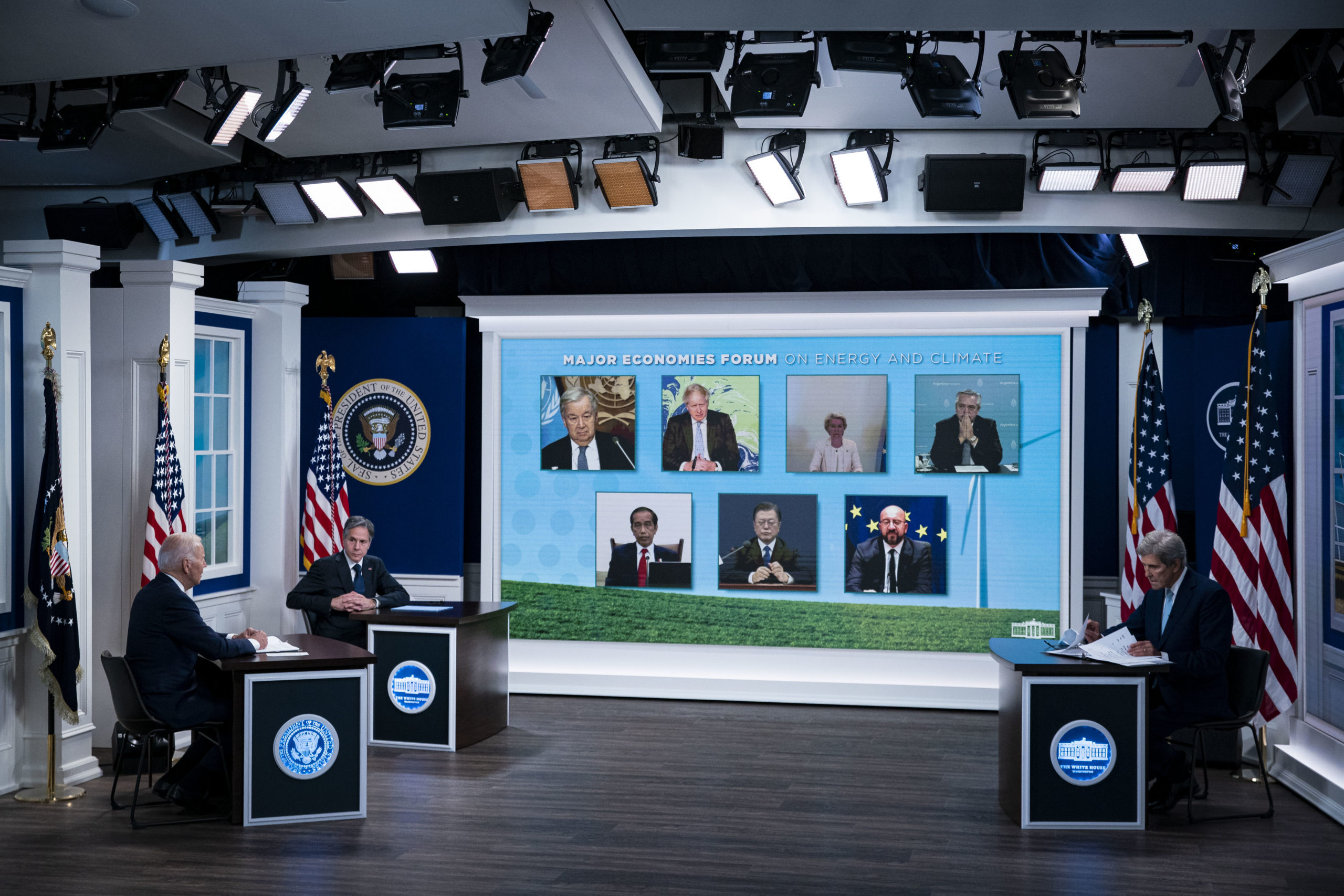 President Joe Biden speaks during a conference call on climate change with the Major Economies Forum on Energy and Climate on Sept. 17. (Al Drago/Getty Images)

‘At the mercy of global fossil fuel marketplaces’

However, Gregory Wetstone, the president and CEO of the American Council on Renewable Energy, said the energy crisis is a product of fossil fuel companies and OPEC deliberately manipulating the energy supply. He added that renewables continue to be less expensive to produce than oil and gas.

“The major influences that are pushing energy prices up are oil shortages caused by OPEC’s reduced oil production schedule and natural gas shortages, particularly in Europe, that are caused by low supplies, both in Europe and in Russia,” Wetstone told the DCNF.

“It is always in the interest of oil and natural gas suppliers to constrain supply and keep prices at levels as high as they can,” he added. “So you’re at the mercy of global fossil fuel marketplaces.”

Emerging economies would save up to $156 billion by switching from coal to renewables, the report showed.

Nearly half of the world’s population lives in a country where it is cheaper to build a solar farm or wind farm than to rely on existing fossil fuel infrastructure for energy, according to an analysis from Bloomberg New Energy Finance.

“We keep prices from going up by shifting to clean energy,” Wetstone told the DCNF.

The U.S. should be a substantially carbon-free grid by 2035 and completely green by 2050, he added.