Troops arrested the Sudanese prime minister in an apparent coup on Monday as the military seized power and dissolved the transitional government, the Associated Press reported.

The apprehension of Prime Minister Abdalla Hamdok and other senior officials was confirmed by the Information Ministry and their whereabouts are currently unknown, the AP reported. Hamdok’s office called the arrests a “complete coup” on Facebook and said the prime minister’s wife had also been taken.

Gen. Abdel-Fattah Burhan, the head of the military, declared a state of emergency on national TV on Monday afternoon, the AP reported. He announced he was dissolving the transitional government and said he will appoint a technocratic regime to lead the country towards elections scheduled for July 2023.

Thousands of Sudanese pro-democracy protesters stormed into the streets on Monday in response to the takeover, the AP reported. Two years ago, protestors ousted Sudan‘s longtime autocrat Omar al-Bashir, leading the country to attempt to transition into a democracy.

The country created the Sovereign Council, a joint military and civilian body, to lead Sudan after al-Bashir was removed, the AP reported. Burhan announced he had dissolved it as well in his broadcasted address. 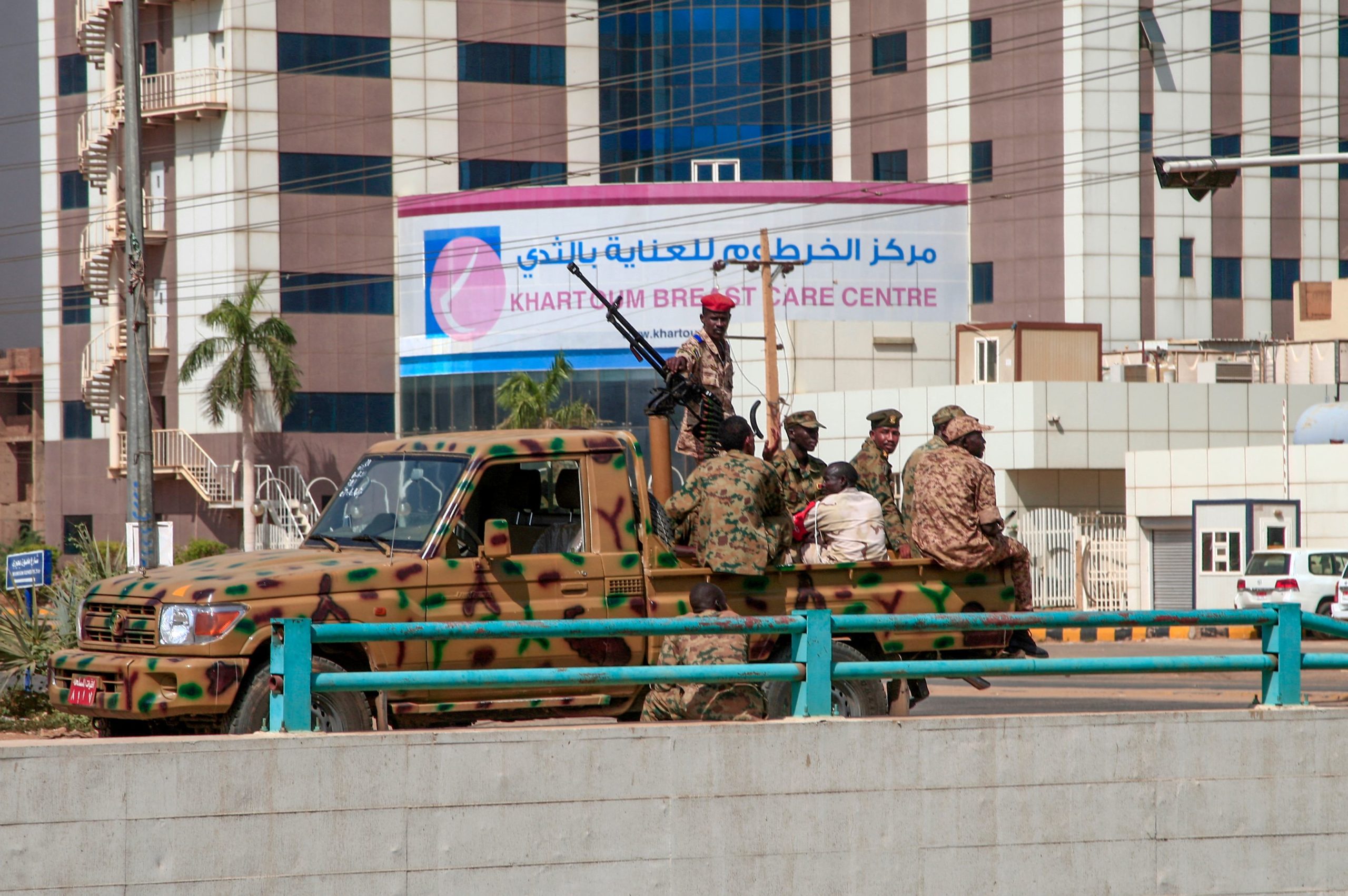 Sudanese security forces deploy in the capital Khartoum, on October 25, 2021, following overnight detentions by the army of members of Sudan’s government.(Photo by -/AFP via Getty Images)

“The Armed Forces will continue completing the democratic transition until the handover of the country’s leadership to a civilian, elected government,” Burhan said, the AP reported. He added that a new constitution would be written by the “young men and women who made this revolution.”

Sudan had attempted to forge a better reputation internationally after al-Bashir was removed from office, the AP reported. It was removed from the United States’ state supporter of terror list in 2020, creating an opportunity for foreign loans and investment to be given to the struggling country.

Its economy, however, suffered from the economic reforms demanded by the world’s lending institutions, the AP reported. A previous coup in September failed to overthrow the government and resulted in the arrest of 40 military officers. (RELATED: REPORT: Sudan Agrees To Join Abraham Accords, Will Normalize Ties With Israel)

UN Secretary General Antonio Guterres called for the immediate release of Hamdok and other officials. “I condemn the ongoing military coup in Sudan. Prime Minister Hamdok & all other officials must be released immediately. There must be full respect for the constitutional charter to protect the hard-won political transition. The UN will continue to stand with the people of Sudan,” he tweeted.