The Supreme Court is set to hear oral arguments Wednesday about New York’s strict gun laws and a decision from the court might have massive nationwide effects.

Robert Nash and Brandon Koch both applied for concealed carry permits in Rensselaer County but were denied by the licensing officer, who said the individuals “failed to show ‘proper cause’ to carry a firearm in public for the purpose of self-defense, because [they] did not demonstrate a special need for self-defense that distinguished [them] from the general public.”

The state bans the open carry of handguns but permits concealed carry so long as the applicant can prove “proper cause” exists. All licenses are issued by either the county sheriff or the court system. (RELATED: BARR: Major Gun Rights Case To Be Argued Before High Court This Week)

Nash cited a string of robberies for his reason to conceal carry and noted he had completed a firearm safety training course. Koch relied on his “extensive experience in the safe handling and operation of firearms and the many safety training courses he had completed.” Both men argue the Second Amendment guarantees the right to carry a gun outside the home for self-defense while the state has “deemed [it] a crime.”

“A small minority persists in denying the right to typical law-abiding citizens, instead of reserving self-defense rights to the small subset of individuals whom the state deems worthy,” petitioners argue. 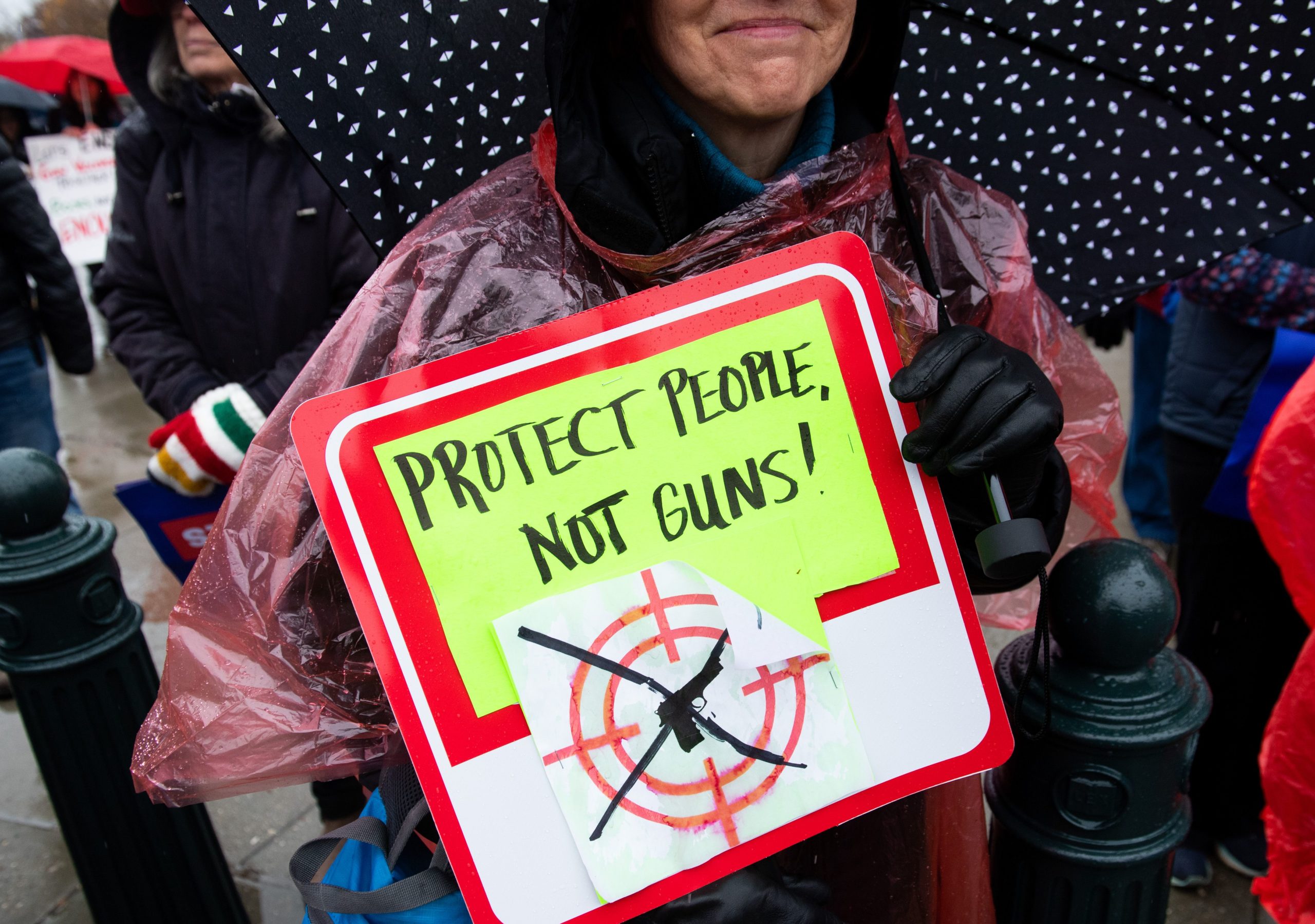 Supporters of gun control and firearm safety measures hold a protest rally outside the US Supreme Court as the Court hears oral arguments in State Rifle and Pistol v. City of New York, NY, in Washington, DC, December 2, 2019. – (SAUL LOEB/AFP via Getty Images)

The case is “critical,” according to a statement from the Executive Director of the NRA-ILA Jason Ouimet.

“The court rarely takes Second Amendment cases. Now it’s decided to hear one of the most critical Second Amendment issues. We’re confident that the court will tell New York and the other states that our Second Amendment right to defend ourselves is fundamental, and doesn’t vanish when we leave our homes.”

However, gun control activists say the case might lead to more gun violence.

“The stakes really could not be higher,” Jonathan Lowy, chief counsel at the gun control group Brady, said in a statement, according to The Associated Press (AP).

Legal Director at Everytown for Gun Safety Eric Tirschwell said there is “reason to be concerned” for groups like his with the case being heard, according to the AP.

Joseph Blocher, a law professor at Duke University and expert on the Second Amendment said “this case could have an immediate and direct effect on the 80 million or so Americans who live in states with ‘proper cause’ laws like New York’s,” according to The Hill.

“If the court adopts a purely historical approach to evaluating the constitutionality of gun laws, it would completely alter the state of Second Amendment jurisprudence going forward,” he added. “The downstream effects on other forms of gun regulation are really hard to predict, but they could be hugely significant.”

The case is the first major gun rights case the high court has heard in more than a decade, with the Supreme Court ruling on gun rights in 2010 and 2008. The court ruled in 2008 in District of Columbia v. Heller that the Second Amendment protects an individual’s right to carry a firearm within their home for self-defense. Two years later, the high court decided in McDonald v. City of Chicago that the Second Amendment guarantees the “right of the people to keep and bear arms” and that it applies to local governments and the federal government, as well.