A Missouri mother was banned from attending her school district’s board meetings in-person after she left the speaker podium to show board members graphic images taken from a book allegedly housed in the district’s library. The school district claims that leaving the podium was a “safety concern.”

Jessica Crandell, a mother whose daughter attends Kirkwood School District, told a local Missouri news outlet that she took photos from the book “Gender Queer” to share with members of the school board. Crandell claimed that the book is “nothing short of pornography” and is available in “all public schools.” A spokeswoman for the district told the Daily Caller that “Gender Queer” “is not (and has not been) in any school libraries in the Kirkwood School District.”

During an Oct. 25 board meeting, Crandell temporarily left the speaker podium to show board members photos from the book, including graphic images of oral sex. The district’s safety and security officer claimed Crandell was “aggressively” “thrusting” her phone into board members’ faces, though video evidence provided by KMOX shows the officer’s characterization of events was exaggerated.

“I left the podium just to show the board member the filth,” Crandell said during a radio interview. “They told me that I needed to get behind the podium, I could email them, I could call them, in which I said, ‘I have emailed, I have called, they don’t listen to what we say.’”

Crandell was removed from the Oct. 25 meeting and received written notice on Nov. 12 that she could not attend a board meeting in-person until Nov. 2022. The notice, written by Martise Scott, the district’s director of safety and security, alleges that Crandell “refused to comply with the standards of conduct.”

“You left the location designated for public speakers and approached the Board aggressively, thrusting your electronic device in their faces,” the letter obtained by KMOX reads. 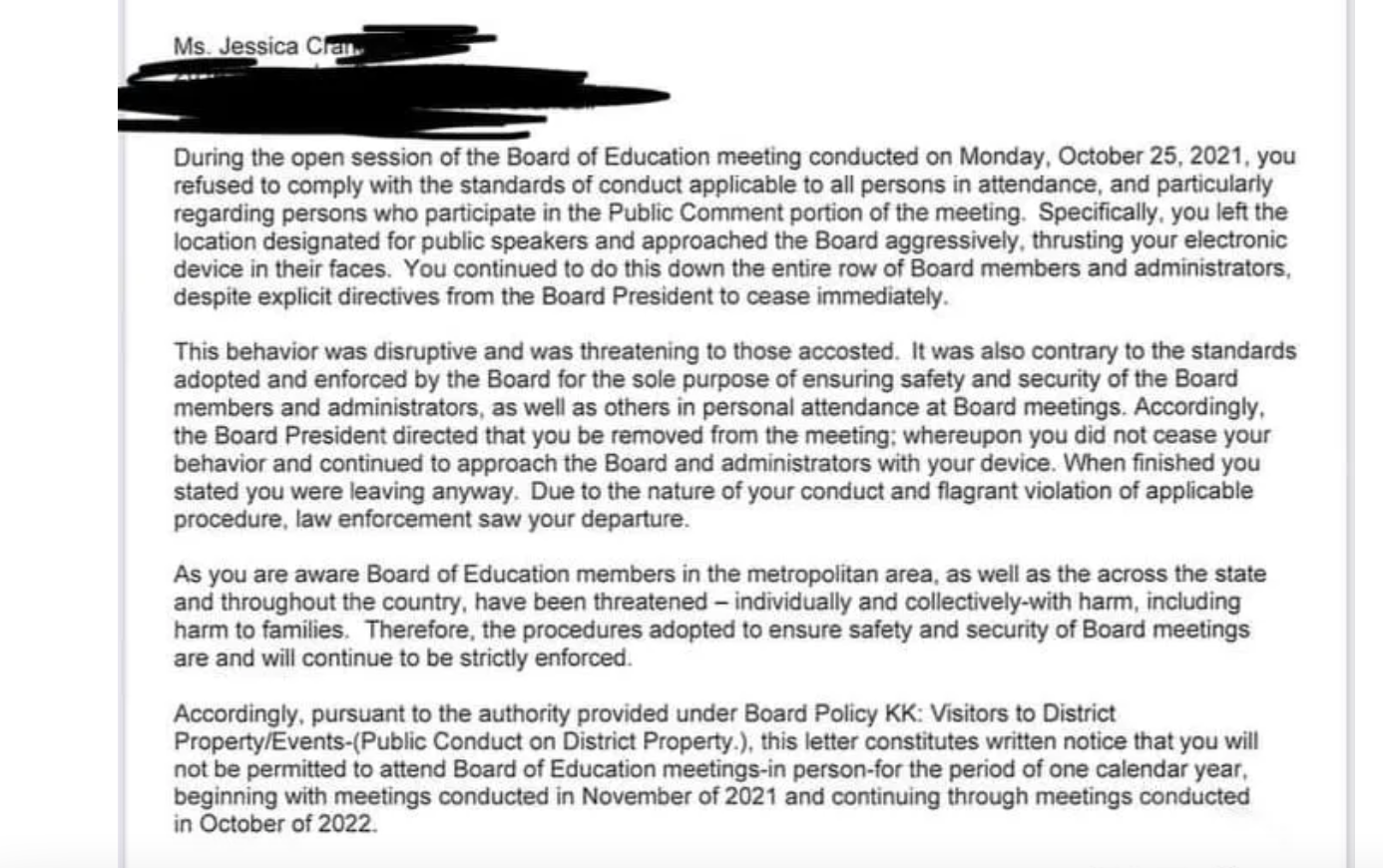 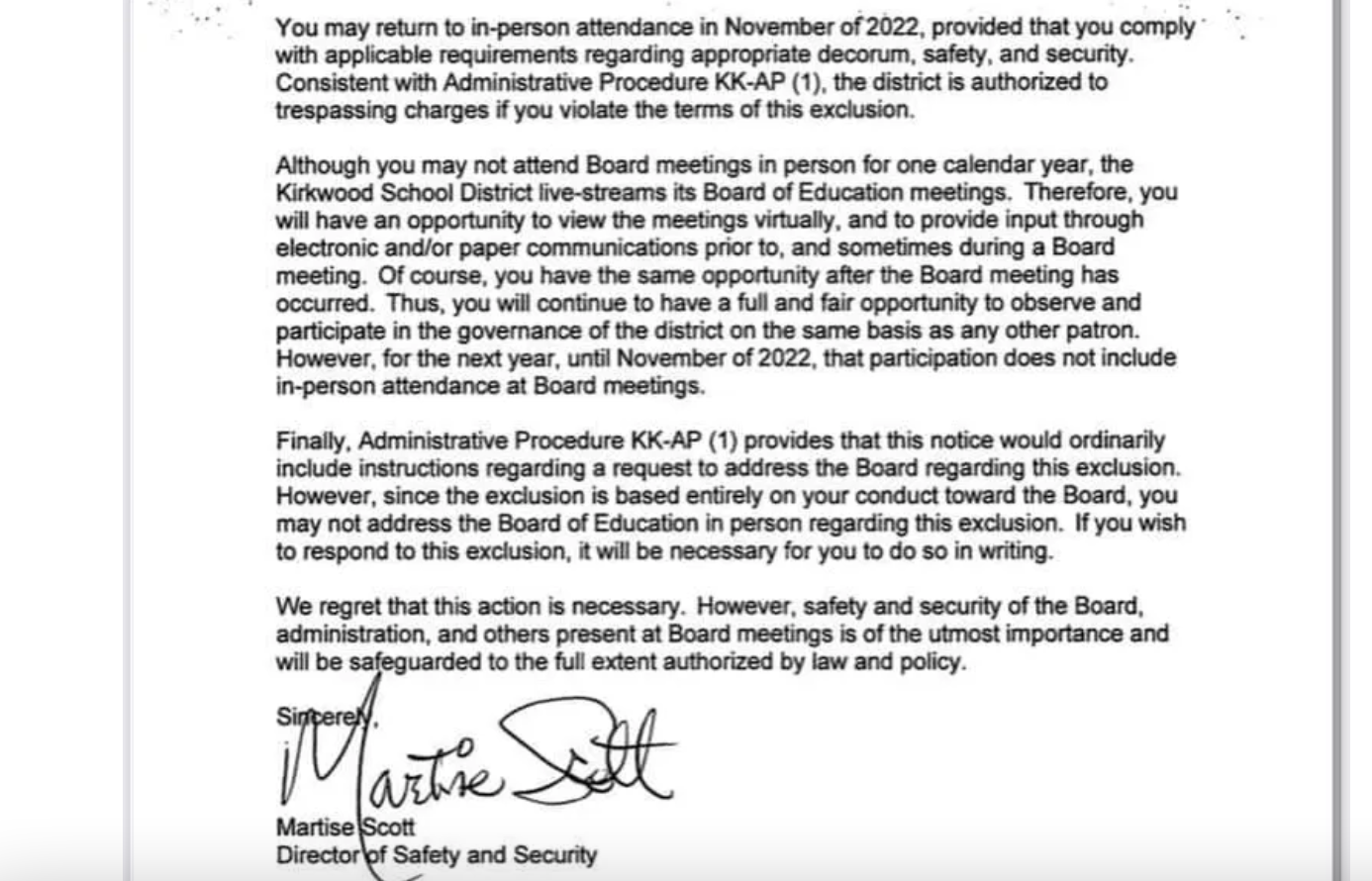 Steph Deidrick, a spokeswoman for Kirkwood School District, told the Daily Caller that the district viewed Crandell’s actions as a “safety concern.”

“Any time an individual refuses to comply with our standards of conduct and presents a perceived safety concern, we will prioritize the safety of our families, residents and staff,” Deidrick said.

Though “Gender Queer” is allegedly not housed in Kirkwood School District’s libraries, the book is available in public school libraries across the nation. Including in districts in Texas as well as Loudoun County, Virginia. (RELATED: EXCLUSIVE: Parents Against Pornographic Books Speak Out At Board Meeting Despite Threats)

“Gender Queer” includes graphic images of oral sex and is a point of controversy between concerned parents and school boards. The book won the 2020 American Library Association’s Alex Award.