The “equity symposium” is set to take place in Washington, D.C., and will cost general and state association staff members $225 per person to attend, according to the NSBA’s event page. The event will include sessions on “The Importance of Creating Safe Spaces in Schools” and “Dismantling Institutional Racism In Education.”

Lohman’s session will “cover the importance of LGBTQ+ courses within the school curriculum,” according to a description of the program emailed to NSBA members and obtained by the Daily Caller. Lohman will also “introduce” a trans student activist Lux Trevelyan, who the NSBA claims was “instrumental in creating in [an] LGBTQ+ history course in Montgomery County, Maryland.”

Trevelyan was a Student Curriculum Advisor for Montgomery County Public Schools, according to Trevelyan’s LinkedIn profile.

Other speakers set for the “equity symposium” are from the Tulsa Public School district. Many of the speakers helped create lesson plans for students on the Tulsa Race Massacres, according to their speaker biographies. (RELATED: White House Collaborated With School Board Group On Letter Comparing Parents To ‘Domestic Terrorists’)

A longtime state school board member, who elected to discontinue her association with the NSBA following their letter to the White House that compared parents’ actions to “domestic terrorism,” told the Daily Caller that she is disappointed that the NSBA is prioritizing “social issues” over children’s education. She asked to remain anonymous as she continues to serve on a state school board association board.

“Public Education should be focused on the core elements of education and career and technical training. Social issues that divide this country have no place in the sacred halls of our learning institutions,” she said. “Once again, NSBA fails to identify those key components of education that affect our test scores and competition in a global marketplace, rather choosing to create chaos in a place that should be a safe haven for all children.”

The NSBA holds other politically-driven “leadership” seminars. The organization is set to host its “Advocacy Institute” which is set to take place in Washington D.C. in Jan. 2022.

“The Advocacy Institute brings together education leaders to explore and discuss the latest developments in key education policy and legislation, champion the interests of public K-12 students, advocate for education priorities and federal policies, and network with colleagues from across the country,” a description of the program reads.

The NSBA’s Advocacy Institute costs in-person attendees $695 if they register after Nov. 19 or $299 to attend online, according to the event description. 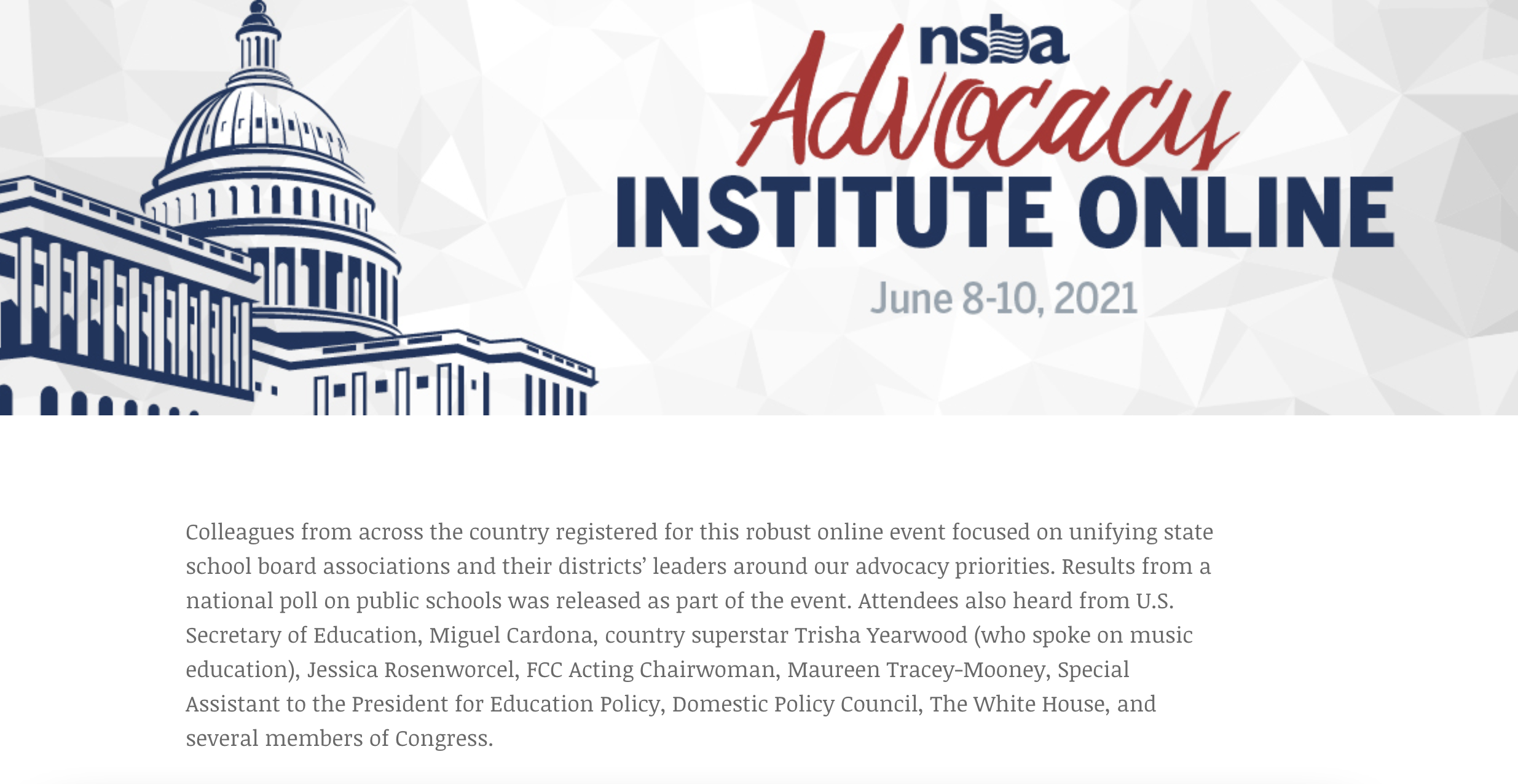 In the same NSBA email that announced the upcoming January events, state school board members were reminded that the NSBA Board of Directors voted for new leadership. Interim executive director and CEO Chip Slaven, who played an outsized role in working with the White House to draft a letter calling for federal intervention to deal with parents, was replaced. Dr. John Heim was elected to be the new CEO and executive director.

The NSBA did not immediately respond to the Daily Caller’s request for comment.