Elder was the first black golfer to play at the Masters in 1975, paving the way for future people of color to play in the sport, the Associated Press (AP) reported. Elder received his invitation to Augusta National in times of racial segregation, which was an all-white sanctioned tournament at the time, after winning the Monsanto Open the year before.

During the 2021 Masters, Elder joined fellow golf legends Jack Nicklaus and Gary Player as an honorary starter during the ceremonial opening tee shots. Although he was unable to swing, Elder held up his driver at the opening tee and was visibly emotional and grateful to be included in the celebration, according to AP.

“For me and my family, I think it was one of the most emotional experiences that I have ever witnessed or been involved in,” Elder said. (RELATED: Tigers Woods Shares Video Of Himself Back On A Golf Course Following Terrible Car Crash) 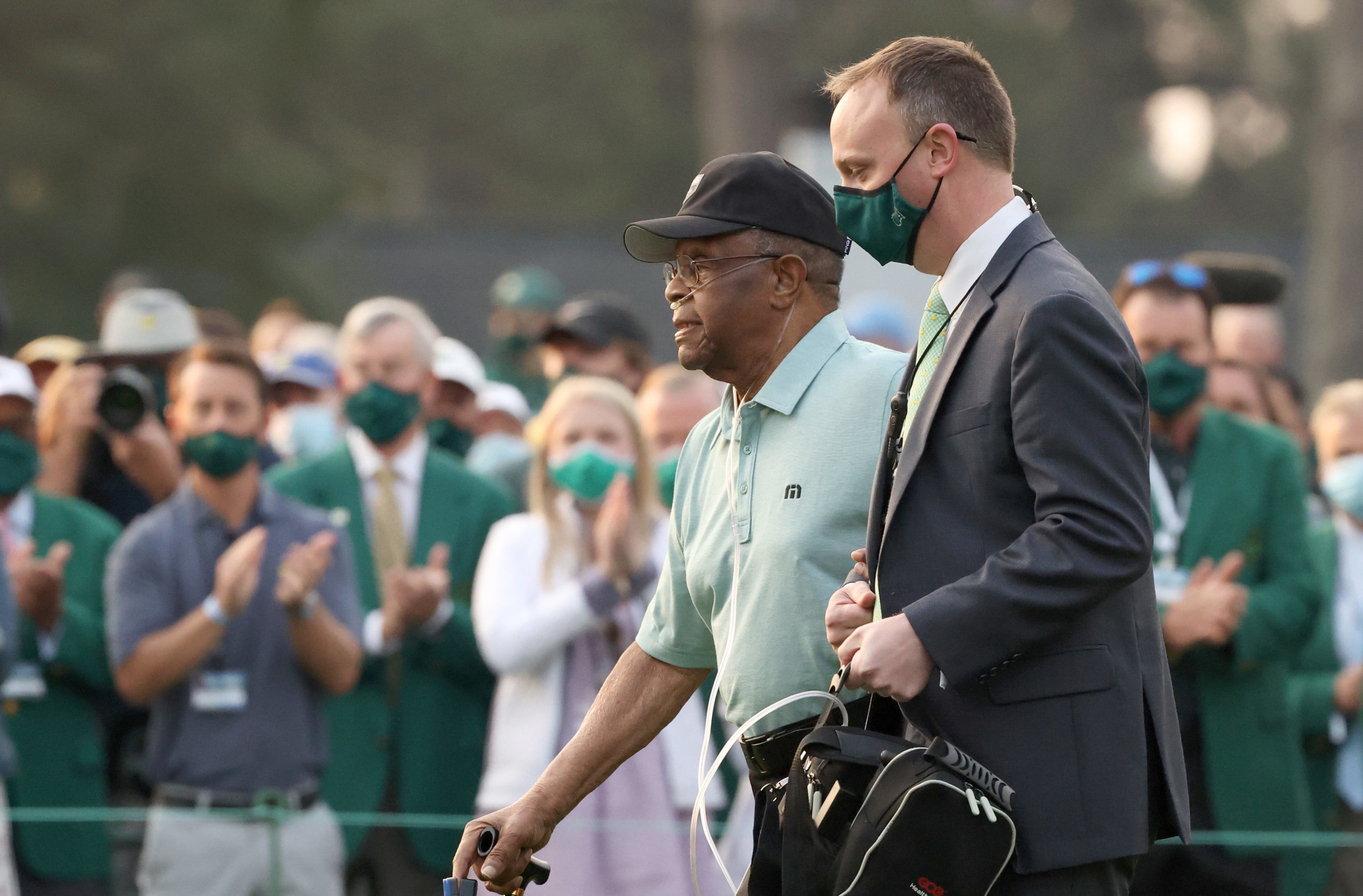 AUGUSTA, GEORGIA – APRIL 08: Honorary Starter Lee Elder of the United States arrives to the opening ceremony during the first round of the Masters at Augusta National Golf Club on April 08, 2021 in Augusta, Georgia. (Photo by Kevin C. Cox/Getty Images)

During a 2015 interview with CNN, Elder recalled his debut in Augusta, saying that he “did not know” if he was “going to be able to tee up the ball.”

“How I got through it I do not know, just with the help of the Almighty I got there and was able to put my ball on the tee,” he told CNN.

Elder began his golf career as a caddy. After playing golf while serving in the Army, Elder became a member of the United Golf Association Tour for black players in the 1960s, AP reported. During his rookie year, Elder lost to Nicklaus on the 5th hole of a sudden-death playoff at the American Gold Classic.

“It always amazed me that presidents of the United States would be giving these different awards to athletes for their athletic prowess, and here was a man that … was never given the awards that he actually duly deserved,” Player said, according to AP.

Elder was at the Masters for Tiger Woods’ historic victory in 1997 as he became the first black man to wear the notorious green coat at Augusta National, AP reported. “I certainly hope that the things that I have done have inspired a lot of young Black players and they will continue on with it,” Elder said in early 2021, according to AP.