Biden noted earlier in the week that he planned to announced a strategy for fighting COVID-19 through the winter on Thursday. He said this strategy would focus on things like testing and vaccinations, noting that lockdowns are off the table “for now.”

Part of this strategy includes a requirement that anyone entering the U.S. receive a COVID-19 test one day before boarding. This rule would apply to everyone, regardless of vaccination status or where the plane departs from, the Centers for Disease Control and Prevention (CDC) confirmed in a statement Tuesday evening.

“A revised order would shorten the timeline for required testing for all international air travelers to one day before departure to the U.S.,” a spokesperson for the CDC noted, according to CNN.

Another option that the Biden administration is looking into is whether to implement a rule that would require travelers re-test three to five days after arriving in the U.S., according to The Washington Post. The CDC already recommends additional testing post-travel, though it’s not a requirement.

The third possibility is an option to require every traveler to self-quarantine for one week after landing. This possible rule would apply to American citizens and those with a negative test, and going against it could results in fines, according to The Post. The CDC currently recommends that unvaccinated travelers quarantine after landing for one week. 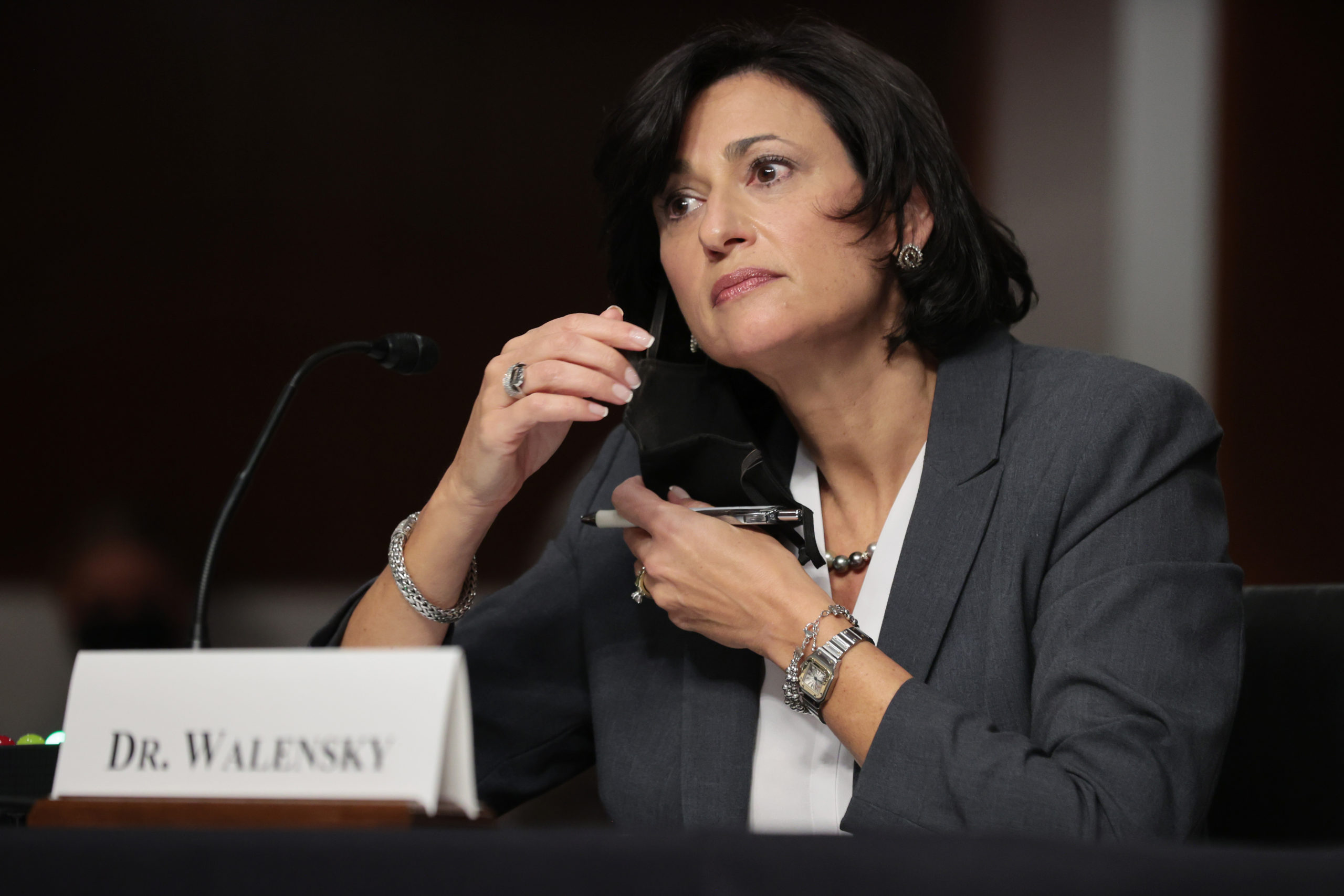 WASHINGTON, DC – NOVEMBER 04: Centers for Disease Control and Prevention Director Rochelle Walensky testifies before the Senate Health, Education, Labor, and Pensions Committee about the ongoing response to the COVID-19 pandemic in the Dirksen Senate Office Building on Capitol Hill on November 04, 2021 in Washington, DC. Earlier this week Walensky gave final approval for the Pfizer-BioNTech coronavirus vaccine for children between 5 and 11 years old. (Photo by Chip Somodevilla/Getty Images)

The first two rules – the stricter testing requirements for pre-and-post flights – are in a CDC draft public health order, but the self-quarantine option is not yet included, The Post added. If the proposal gains wide support, it could reportedly be added into the draft.

CDC Director Dr. Rochelle Walensky hinted at upcoming changes during a briefing Tuesday. She said considerations include deciphering “how to make international travel as safe as possible, including pre-departure testing closer to the time of flight, and considerations around additional post-arrival testing and self-quarantines.” (RELATED: ‘The Choice Is Yours’: In Line With CDC’s Mask Guidance, Biden Gives Americans An Ultimatum On Vaccines)

These considerations mark another step in the Biden administration’s fight against COVID-19. The administration announced travel restrictions from South Africa and seven other countries over the Thanksgiving holiday weekend in light of the Omicron variant. Still, officials have noted these restrictions will not prevent the variant, which has been identified in many other countries across the world, from entering the U.S.

The Biden administration’s new potential rules also come at a time when little is known about the Omicron variant, including how effective existing vaccines are against it and how deadly it is. Dr. Angelique Coetzee, chair of the South African Medical Association and one of the early doctors to tell authorities about a new potential variant, has been critical of the world’s apparent fear over the variant, suggesting that people are panicking too much.

“I think you already have it there in your country,” Coetzee said, according to Real Clear Politics. “You’re not even knowing it. I would say at this stage definitely [you are panicking unnecessarily]. Maybe two weeks from now I will have a different opinion.”

Coetzee also said that many patients are experiencing “very, very mild symptoms.” Biden’s chief medical advisor, Dr. Anthony Fauci, has noted that the variant appears to be more transmissible, but other aspects of it are unknown.