The majority of Republicans in Washington are thoroughly confused about their own party and their own voters. Some have lost faith in Republican voters completely and written them off as racists or crazies. Others don’t know what to think. They are essentially biding time and hoping things go back to the way they were.

They won’t, of course. America is changing quickly. Voting patterns and the two-party norm that lasted for decades are under strain. Amazingly, Democrats are on the verge of handing back power to a Republican Party that’s in a state of total chaos. All Republicans need to do is not screw it up.

For reasons that are hard to even comprehend, Democrats who should know better are allowing themselves to be defined by their most radical members. Defunding the police and opening the borders were followed by an effort to radicalize curriculums for school-age children. The far left wants to teach American children to judge people by race. Shocker. The vast majority of Americans aren’t into this insanity. Now Democrats seem poised to give up the one issue that has kept them alive politically: COVID-19.

President Joe Biden outpolled former President Donald Trump dramatically on the COVID-19 issue. It’s not surprising. Trump had the misfortune to be in office when COVID-19 hit. It was easy for Biden to pin the whole thing on him. He did a good job of it, too. Biden hit the issue repeatedly in the debates and did so effectively. Once in office, Biden imposed harsh COVID-19 restrictions that turned off many conservatives. The problem for the right has been that the majority of Americans have been on Biden’s side on the issue. In the wake of the Omicron variant, Democrats seem poised to overstep. (RELATED: POLL: Democratic Confidence In Biden’s Ability To Ensure Economic Recovery Amid COVID-19 Pandemic Plummets) 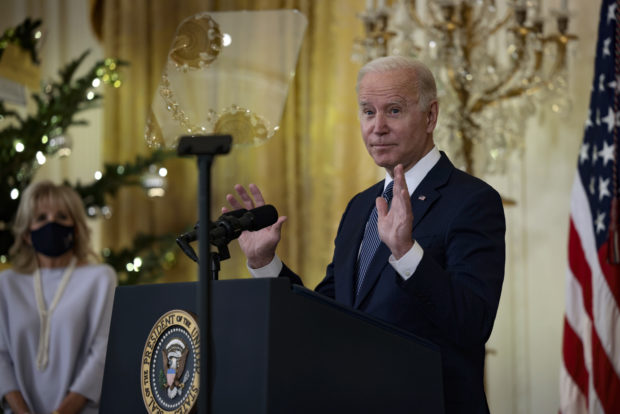 U.S. President Joe Biden delivers remarks before a menorah lighting ceremony in celebration of Hanukkah in the East Room of the White House on December 01, 2021 in Washington, DC. (Photo by Anna Moneymaker/Getty Images)

Omicron poses two conflicting challenges for Democrats. First, in his last race, when Biden had no COVID-19 record to defend, he was able to hammer Trump on the issue. Biden ridiculed Trump’s policies, laid all the deaths at Trump’s feet and promised to come in and “shut down” the virus. It worked. It was his most effective political argument during the campaign. Now his own words will be one of the best weapons against him.

Second, if the news reports are accurate, Biden and Democratic governors are preparing to impose unprecedented restrictions on Americans. Democrats may have held majority support for their COVID-19 restrictions to date, but it’s clear that the American people are tiring of the lockdowns and the mandates.

We don’t yet know a ton about the Omicron variant, but based on the early data, it seems to be extremely contagious yet likely not extremely lethal. The African countries where it originated have seen spikes in COVID-19 cases, and some have seen increases in hospitalizations, but to date, they have not experienced spikes in deaths. Doctors in these countries have also described the vast majority of cases as “extremely mild.” (RELATED: Most COVID-19 Variants Fall Short Of The Hype)

It’s too early to tell, but if this all holds true, it could honestly be good news. If many people, especially the unvaccinated, get hit with a more contagious but milder form of COVID-19, the natural immunity that results could end up being a good thing. The Biden administration’s reaction, though, if the news reports are accurate, seems to be almost hysterical.

Biden has already imposed travel bans from eight African countries in response to the Omicron variant. Interestingly, he has not to date banned travel from the many non-African countries with the new variant. This is all the more interesting given the attacks many Democrats levelled against Trump’s travel bans. House Speaker Nancy Pelosi’s statement at the time summarized the party’s posture: “The Trump Administration’s expansion of its outrageous, un-American travel ban threatens our security, our values and the rule of law. The sweeping rule, barring more than 350 million individuals from predominantly African nations from traveling to the United States, is discrimination disguised as policy.” No comment to date from Pelosi on Biden’s analogous ban. Sure makes all this seem very political. (RELATED: Biden Says Omicron Variant Is ‘Cause For Concern, Not Cause For Panic,’ Defends Implementation Of Travel Restrictions) 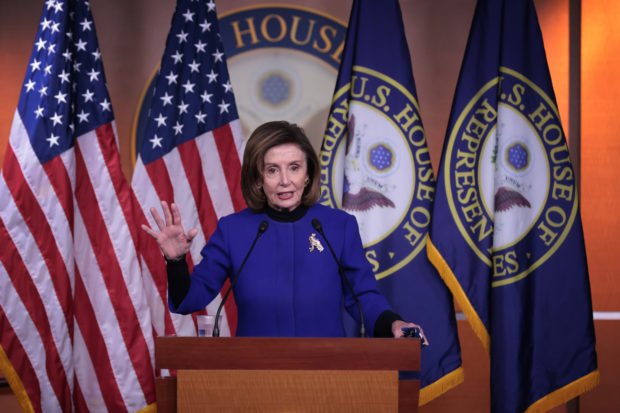 The Washington Post reported this week that Biden is also considering mandatory COVID-19 tests for those returning to the U.S. from overseas, including American citizens, regardless of vaccination status. What’s more, the Biden administration is considering requiring every arriving traveler, regardless of test results or vaccination status, to self-quarantine for one week after landing. It’s hard to conceive of a justification for quarantining returning travelers who test negative. It’s not hard to imagine this being extremely unpopular.

Democratically controlled states also seem to be gearing up for new restrictions. New York Gov. Kathy Hochul has already declared a state of emergency in response to the new variant.

The public takes COVID-19 seriously. Democrats have succeeded at framing themselves as the party that does the same. If their early actions are any indication, it sure seems like Democrats now think further restrictions, even nonsensical overkill like the self-quarantine requirement, may continue to be popular with regular Americans. I would not bet on it. People can live with targeted restrictions, but nearly two years into the pandemic, there’s a growing sense that life needs to go on. Lori Tremmel Freeman, chief executive of the National Association of County and City Health Officials, told The Washington Post that “patience of our communities is wearing thin. People are tired. People are just exhausted, having to cope with this time after time after time.” If the early reporting on the “extremely mild” nature of the new COVID-19 variant holds up, the new restrictions are even more likely to be deeply unpopular.

Americans want to be safe and healthy, but many Democratic politicians seem oblivious to the hardship caused by COVID-19 restrictions. So far, this has worked for them politically. I wouldn’t count on that continuing.