Prosecutors trying Epstein’s alleged accomplice, Ghislaine Maxwell, submitted the photos as evidence. The images from the Manhattan townhouse were taken in 2019, while the pictures from Palm Beach were taken in 2005 after police raided the residence. 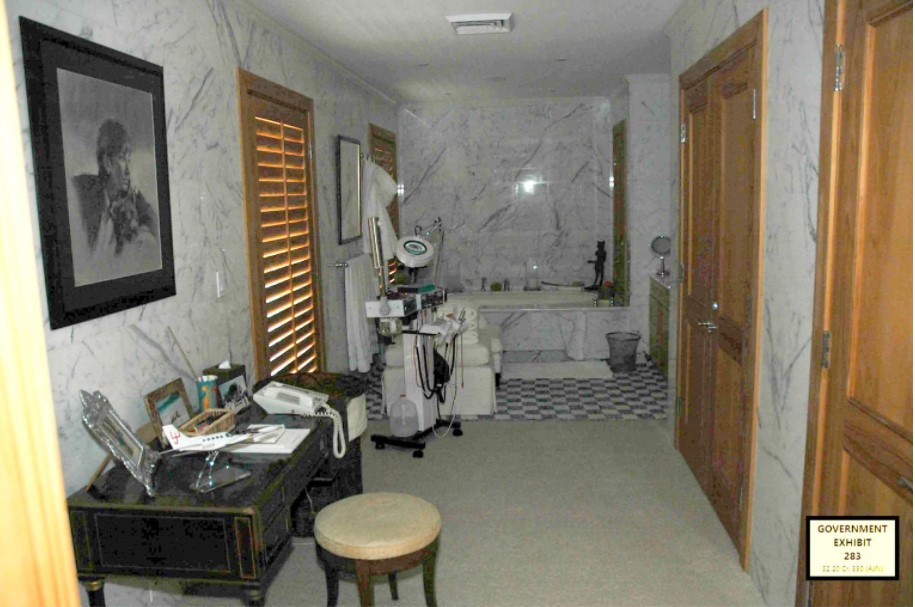 A marble-walled room in the home of Jeffrey Epstein [SDNY] 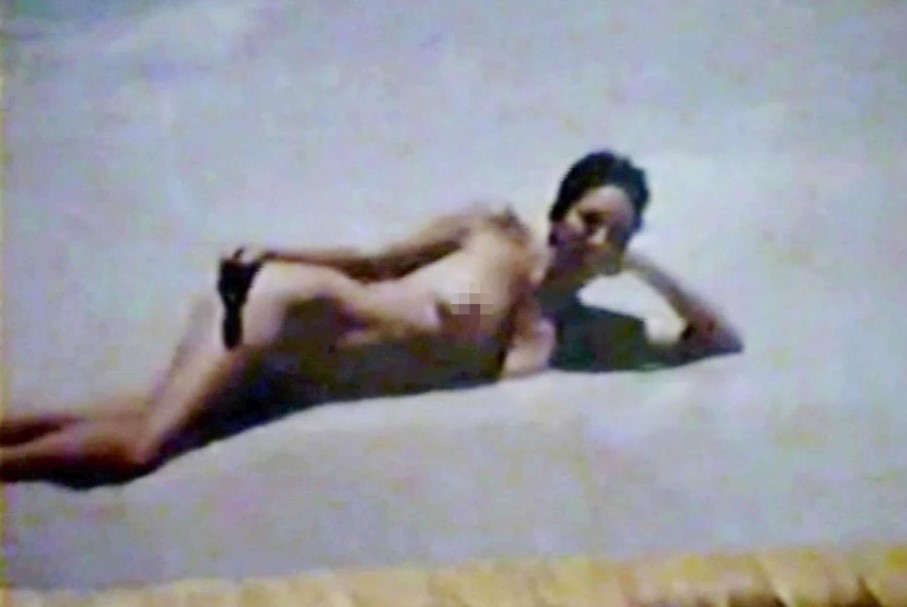 One image appears to show a portrait of Maxwell in a marbled bathroom equipped with a massage table. On the black desk in the room, a naked photo of Maxwell laying on a beach can be seen. 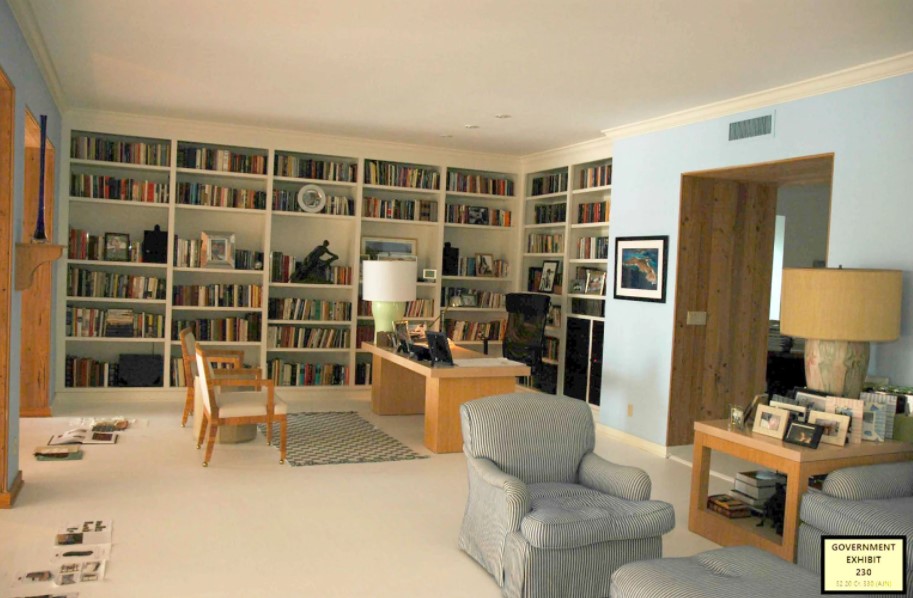 Another photo appears to show an office space, decked out with a small desk, several books, and a sitting area. 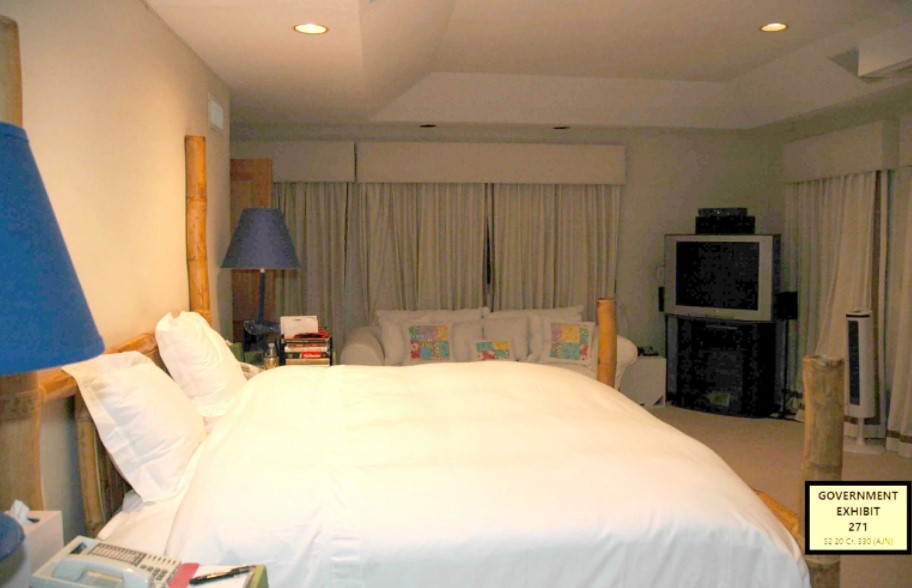 A bedroom in the home of Jeffrey Epstein [SDNY] 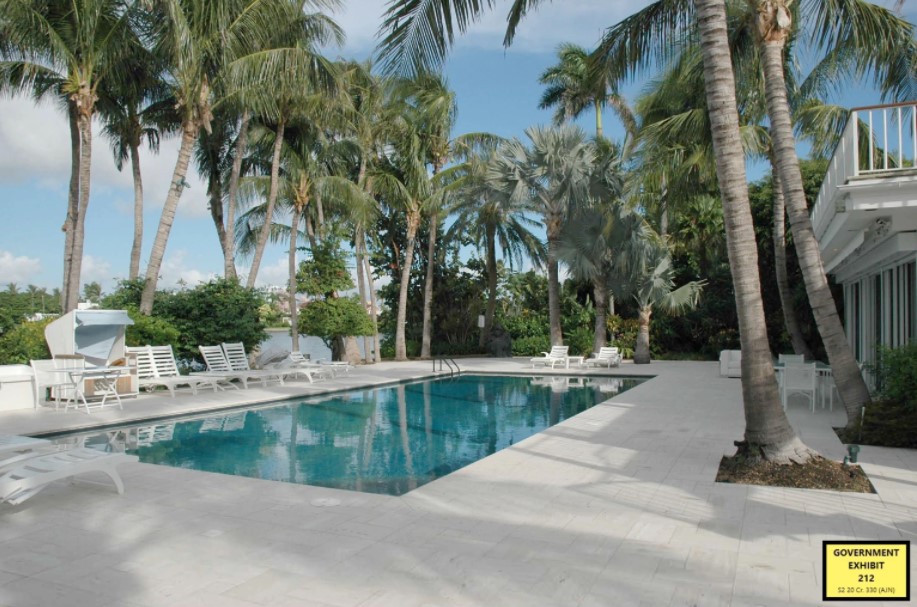 Pool at the home of Jeffrey Epstein [SDNY]

The pool at the sprawling mansion was allegedly where Epstein and Maxwell would hang out while accompanied by underage girls who were topless, according to the New York Post. 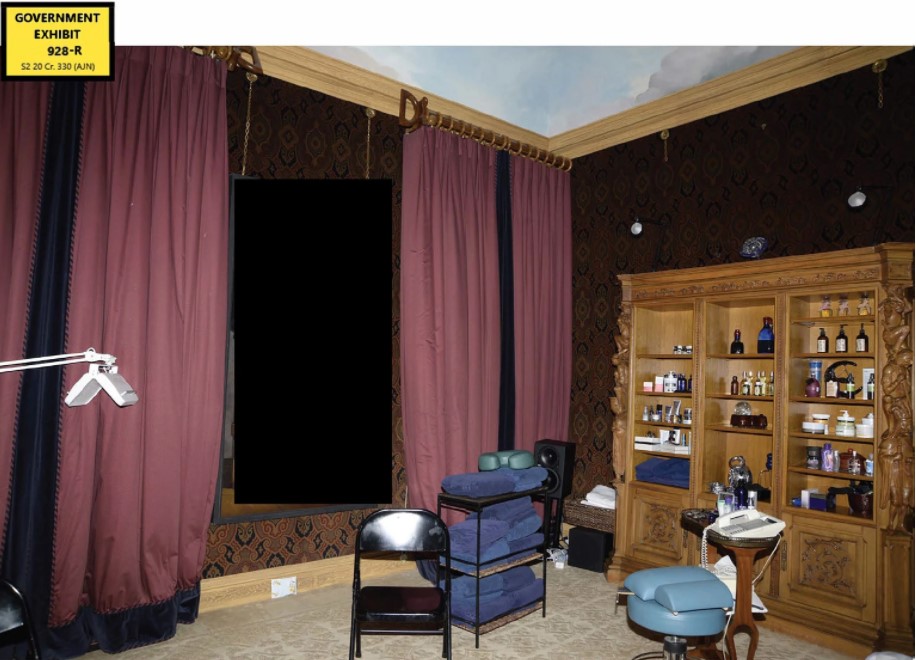 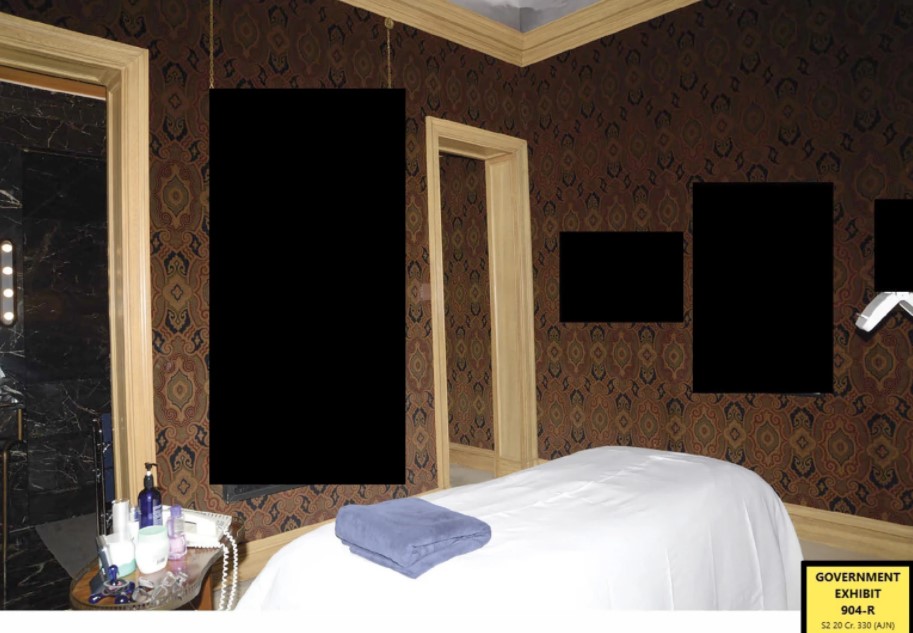 Maxwell was indicted in July 2020 for allegedly running an underage sex trafficking ring with Epstein involving victims as young as 14. She faces up to 70 years in prison if found guilty on all charges.