China accused the U.S. of violating the spirit of the Olympics with its decision to hold a diplomatic boycott of the 2022 games and declared that the U.S. will “pay a price” for doing so, Bloomberg reported.

“The U.S. is standing opposed to athletes and sports lovers across the world,” Chinese Foreign Ministry spokesman Zhao Lijian said Tuesday, Bloomberg reported. “The Olympics are not a stage for political stances or political manipulation.”

“The U.S. will pay a price for its wrong practices,” he continued, without specifying what actions the communist regime would take. Tensions between the two countries are high, with a video call between President Joe Biden and Chinese President Xi Jinping failing to produce any significant results. (RELATED: EXCLUSIVE: Haley Calls Biden’s Diplomatic Olympics Boycott A ‘Joke’ Because China Doesn’t Care If He Shows Up)

The Chinese government’s genocide against Uyghur Muslims led to calls from numerous human rights organizations and prominent individuals for the U.S. to boycott the games. The pressure increased after tennis star Peng Shuai accused a former vice premier of sexual assault and went missing. 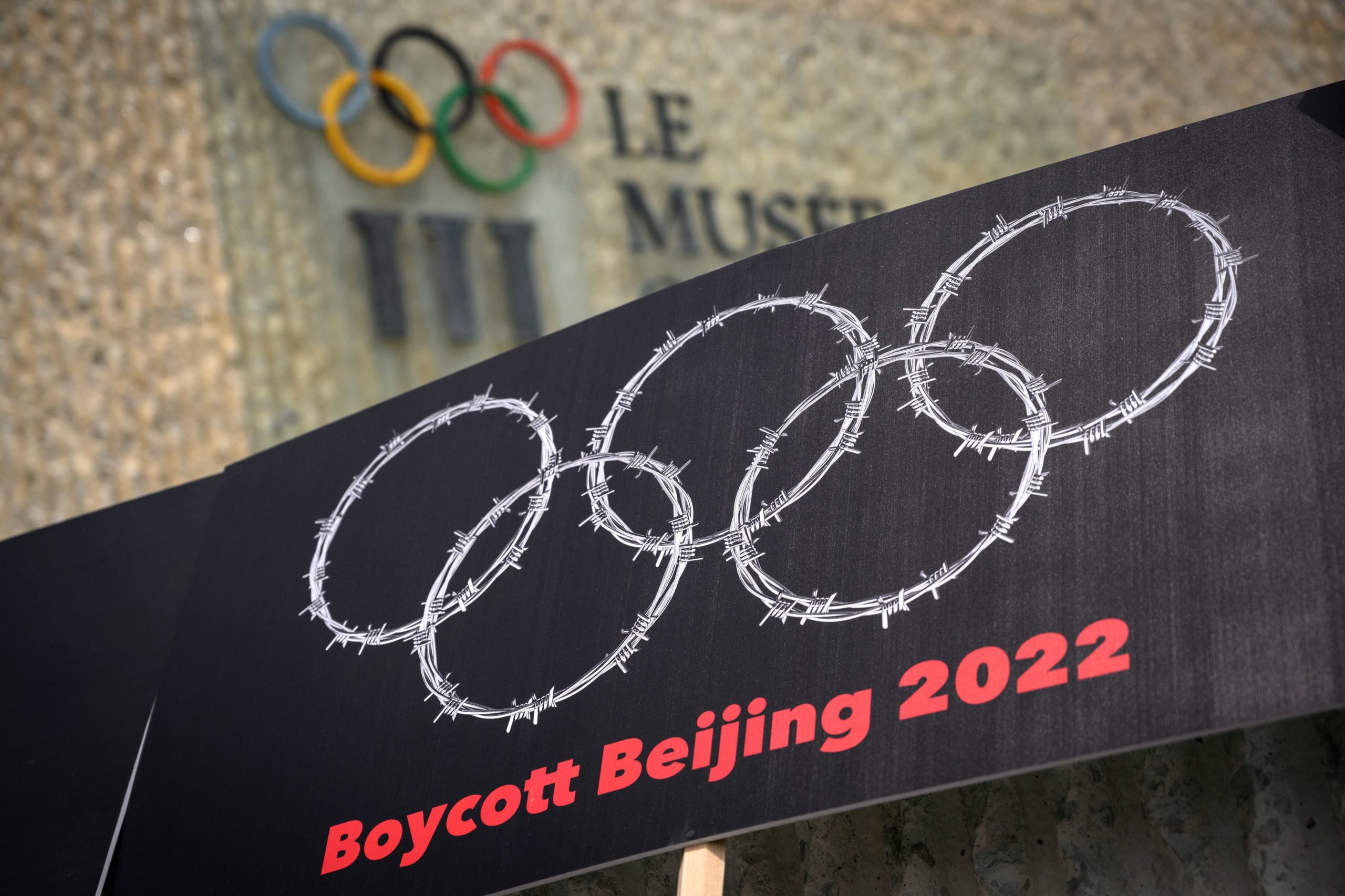 This photograph taken on June 23, 2021 shows a placard representing barber wire shaping and Olympics Rings are seen next to a sign of the Olympics Museum during a protest organised by Tibetan and Uyghur activists against Beijing 2022 Winter Olympics. (Photo by FABRICE COFFRINI/AFP via Getty Images)

“The Biden administration will not send any diplomatic or official representation to the Beijing 2022 Winter Olympics and Paralympic Games, given the PRC’s ongoing genocide and crimes against humanity in Xinjiang and other human rights abuses,” White House press secretary Jen Psaki said at a briefing on Monday.

The diplomatic boycott will still allow American athletes to compete at the games, but no U.S. officials will attend. “The athletes on team USA have our full support. We will be behind them one hundred percent as we cheer them on from home,” Psaki said.

The U.S. will host the 2028 Summer Olympics in Los Angeles, providing China an opportunity to launch a boycott itself if it so chooses.