A major nickel mine in a Philippines rainforest has continued to expand, mowing down acres of trees as global demand for minerals essential for electric vehicle manufacturing surges.

The Rio Tuba mine in the region of Palawan supplies an important mineral for electric vehicle batteries in Tesla and Toyota cars, but the mine is nearing an expansion that would cause it to grow from four square miles to 14 square miles, according to an NBC News investigation. The growth of the mine would cause massive deforestation of the land which environmentalists warn could destroy the area’s ecosystem.

Critics of the mine have suggested it could lead to an increased runoff of toxic waste into the environment, further harming the local wildlife, according to NBC News.

“What is at stake there is the life and survival of the people in the communities,” Grizelda Mayo-Anda, an environmental lawyer in Palawan, told NBC News.

The expansion of the Rio Tuba mine and the subsequent destruction of nearly 9,000 acres of ancient rainforest documented by the NBC News report underscores the growing global demand for rare earth minerals which are essential for not only electric vehicles, but solar panels and wind turbines. Worldwide electric vehicle sales, which currently account for just 4% of new car purchases, are expected to surge to as much as 34% of total global sales by 2030, according to an International Energy Agency estimate. 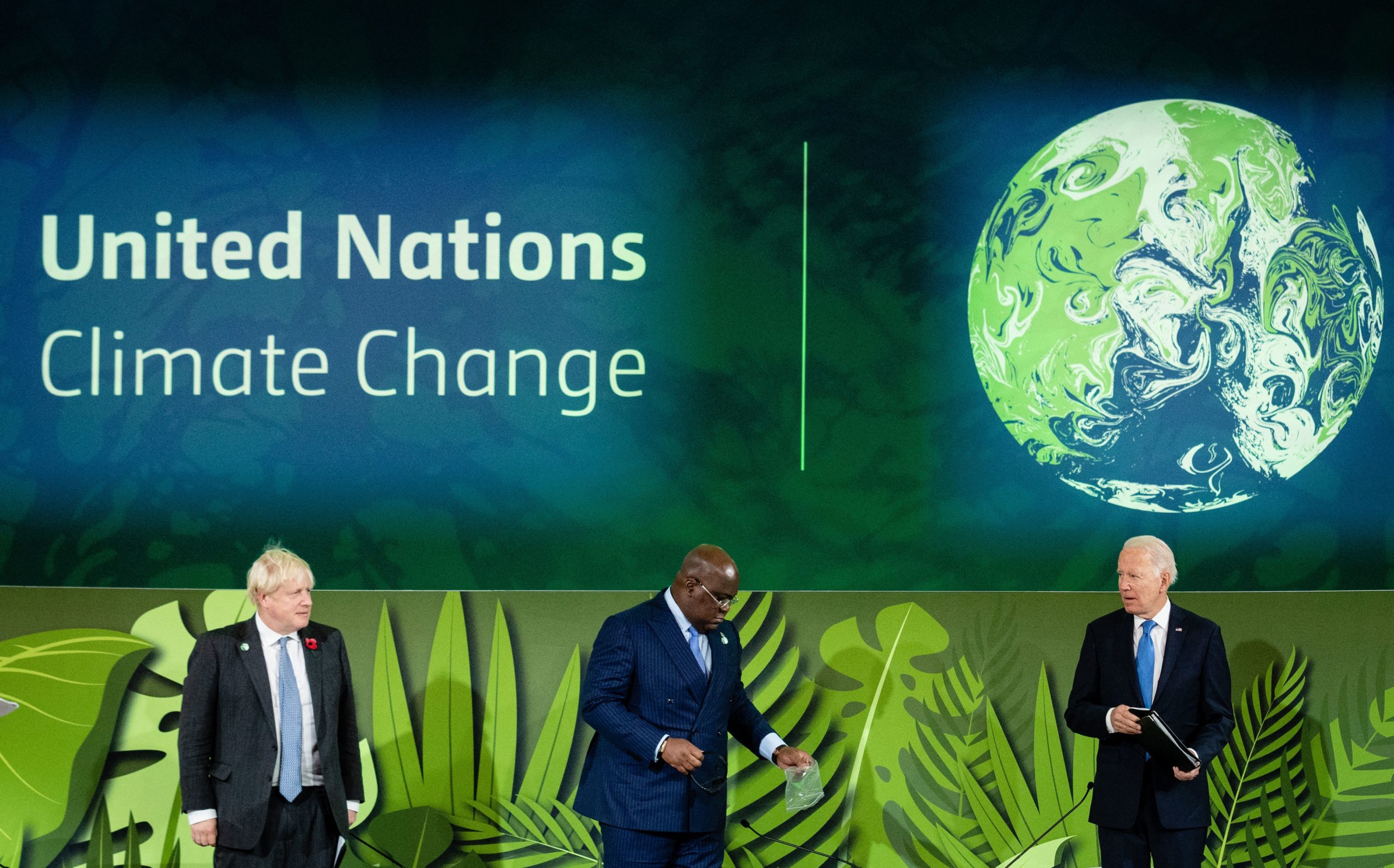 British Prime Minister Boris Johnson, President of Congo Felix Tshisekedi and President Joe Biden stand before speaking at the Action on Forests and Land Use session, during the COP26 UN Climate Change Conference on Nov. 2. (Erin Schaff/Pool/AFP via Getty Images)

President Joe Biden has made transitioning to renewable energy a key part of his administration’s agenda. As part of his effort, Biden pledged to ensure 50% of new car sales in 2030 are electric vehicles, and he made multiple visits to factories where such vehicles are manufactured.

“I think it’s a really difficult ethical dilemma,” Gillian Galford, a professor at the University of Vermont’s Rubenstein School of Environment and Natural Resources, told NBC News. “On one hand, we have a very promising technology that can help us address our fossil fuel dependence. But on the other hand, we have lots of environmental harms that can go into getting us to that point.”

The Rio Tuba nickel mine, though, isn’t the only one to face pushback. Mines producing lithium and copper in Chile and lithium in the U.S. have been lambasted by environmental activists.

“Blowing up a mountain isn’t green, no matter how much marketing spin people put on it,” Max Wilbert, an activist protesting a proposed lithium mine site in Nevada, told The New York Times in May.

Mining is responsible for 9% of total Amazon forest loss, a 2017 study published in the journal Nature Communications concluded. In November, more than 100 nations, including the U.S., signed a pact to end deforestation by 2030 at the COP26 United Nation climate conference.