A Boston-based professor, who once wrote that white and black women cannot have “true friendships,” was promoted to a leadership position at her liberal arts college, according to a report from The Federalist.

Professor Kim McLarin was promoted from her position as a creative writing professor at Emerson College to the interim dean of graduate and professional studies, according to a press release from the school’s interim president William Gilligan. The announcement was made on Nov. 1 that McLarin would begin her graduate dean position in Jan. 2022.

The Federalist highlighted a handful of McLarin’s writings, including a 2019 op-ed for the Washington Post titled, “Can black women and white women be friends?”

“Put simply, white women have power they will not share and to which they mostly will not admit, even when wielding it,” McLarin continued in her op-ed. “This is what black women know: When push comes to shove, white women choose race over gender: Every. Single. Time.” (RELATED: Public School District Forced Faculty To Complete ‘Anti-Racist Solo Write’ Activity During Diversity Training)

In a 2006 article, McLarin aired her divorce with a white man in the pages of the New York Times. She stated that “race had been an issue” in her marriage and vowed to never date a white man again. One portion of the article explained how she could no longer date white men because they often don’t share her views on racial issues.

When asked by a white man McLarin was dating, she allegedly said she could not see him again “because you’re white, and it costs too much for me to date a white man. It cost me to be married to a white man for 13 years. I can’t do it again.” 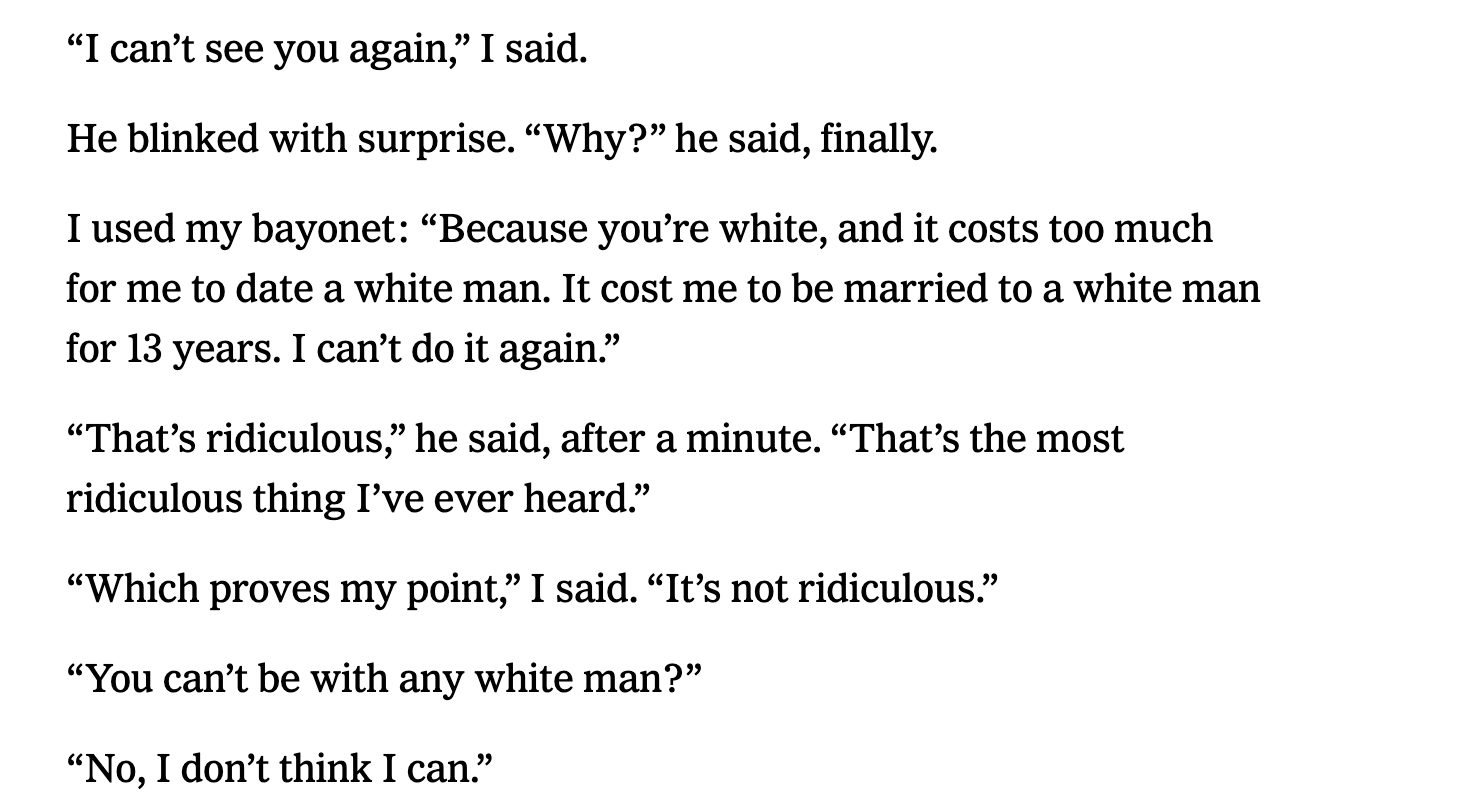 McLarin’s most recent race-based article was published in Oct. 2021 and discussed her thoughts of shooting “violent white mobs” from the comfort of her porch while sipping on Scotch.

“If a civil war breaks out, I say, if violent white mobs begin roaming the country as they have done in the past, I will not worry about precision shooting,” McLarin wrote for The Sun Magazine. “I intend to sit on my porch with my legally acquired handgun and as much ammunition as I have and perhaps a bottle of Scotch, and take them as they come.“

Emerson College did not respond to the Daily Caller’s request for comment.