Kim Kardashian revealed that she doesn’t care about the backlash she received for working with former President Donald Trump on criminal justice reform in an interview with Bari Weiss.

“I’m just about doing the right thing; I’m really not about politics at all,” Kardashian said. “It’s really about the people inside and if I can do anything—no matter if it’s Obama, Biden, Trump, I’m willing to work with anybody. It’s not really about being liked. If I could change someone’s life, that’s what it’s about for me.” 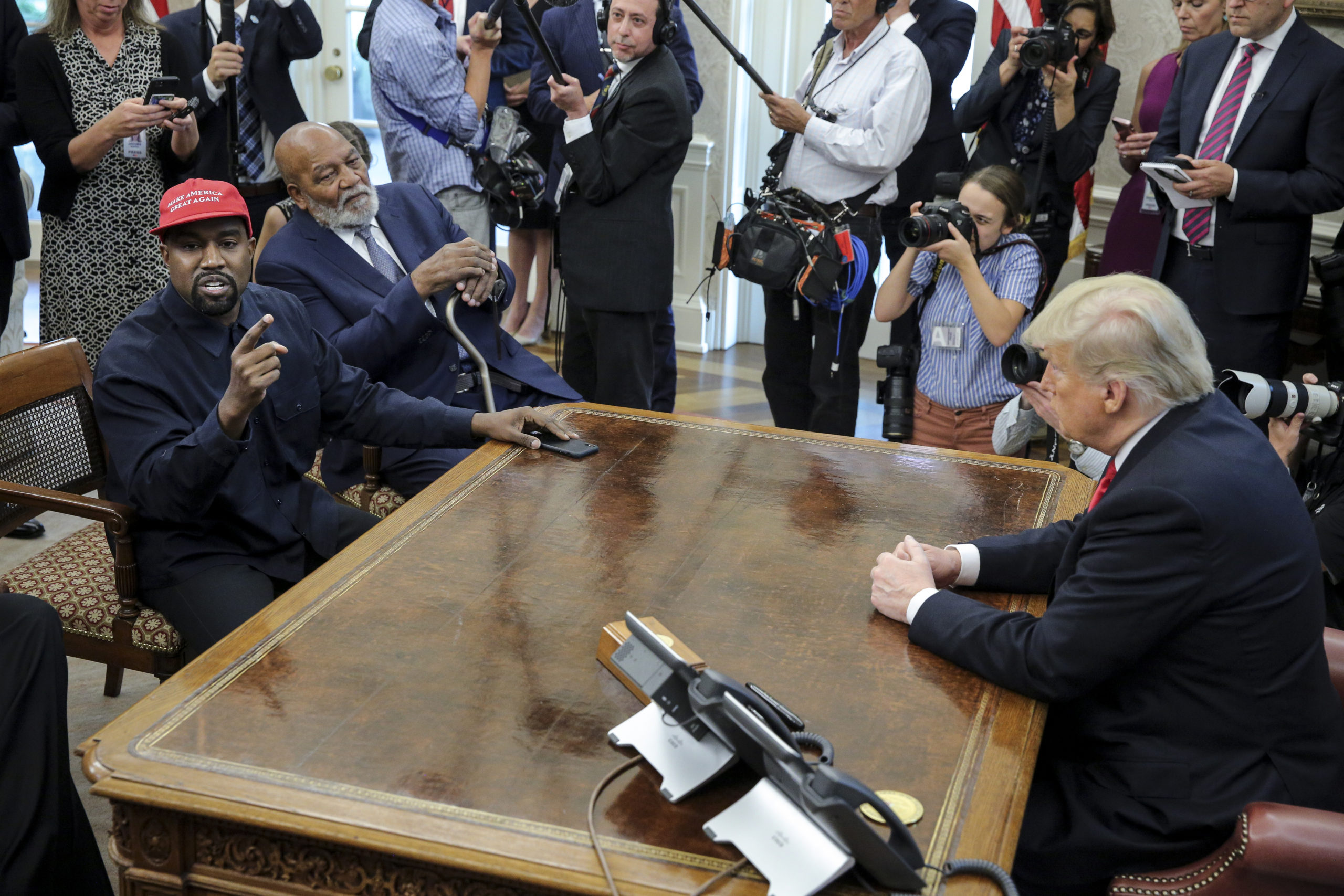 Rapper Kanye West, left, speaks during a meeting with U.S. President Donald Trump as NHL Hall of Famer Jim Brown looks on in the Oval Office of the White House on October 11, 2018 in Washington, DC. (Photo by Oliver Contreras – Pool/Getty Images)

Kardashian also spoke about the time that Kanye West, who she is divorcing, wore a MAGA hat while performing on SNL. She admitted she was “nervous” about West wearing the hat and didn’t want him to do it. (RELATED: Kim Kardashian Calls Cancel Culture ‘The Most Ridiculous Thing’ During Interview With Bari Weiss)

“I’m very neutral, but that night I was very forceful with him, and argued with him like, ‘You have to take that hat off,'” Kardashian said. “And now looking back, I think, why should he take that off if that’s what he believes in? Why can’t he wear that on TV? Half of the country voted for him, so clearly other people like him.”

When asked about her own political affiliations, Kardashian said she sided with the Democrats on social issues but agreed with Republicans on taxes. “I’m a mix of both,” she said.