A fire that devastated South Africa’s Houses of Parliament in Cape Town reignited on Monday after it was said to be under control, multiple sources reported.

The building initially caught fire early Sunday, beginning in an older, wood-paneled part of the complex, Yahoo News reported. The damage has been described as catastrophic, with Cape Town Fire and Rescue service spokesperson Jermaine Carelse reportedly saying “the most damage is in national assembly that won’t be used for months.”

Though firefighters left the scene to cheers from a crowd on Sunday night, the blaze restarted Monday afternoon, Yahoo News reported. Carelse said the fire reignited in the roof of the building housing the National Assembly. 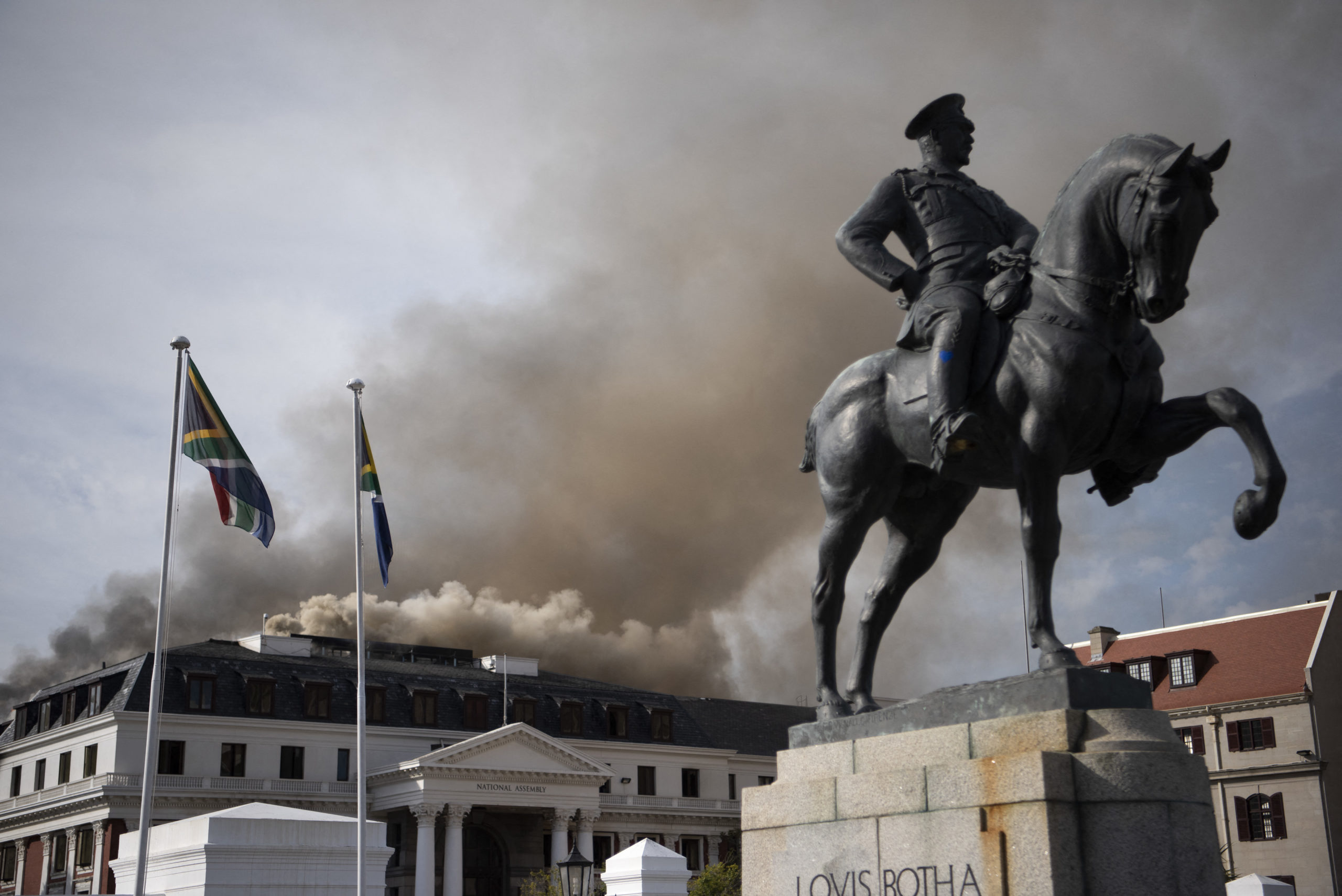 Smoke arises from the National Assembly , the main chamber of the South African Parliament buildings, after a fire that broke out the day before restarted, on January 3, 2022, in Cape Town. (Photo by RODGER BOSCH/AFP via Getty Images)

“The wind has been getting steadily stronger and ignited the smouldering wood inside the roof void space, parts of which are not accessible for dousing or dampening,” the city’s Fire and Rescue Service said on WhatsApp, Yahoo News reported.

The number of firefighters deployed was only around one dozen when the fire restarted, compared to the 70 who previously tamed the blaze, Yahoo News reported. Approximately 50 reinforcements were reportedly sent in, using a crane lift to direct their hose.

A man suspected of arson has been arrested in relation to the fire, South African President Cyril Ramaphosa said Sunday, Yahoo News reported. The 49-year-old man will reportedly appear in court on Tuesday on charges of “housebreaking, arson” and damaging state property.