Speaker of the House Nancy Pelosi has promised that the 117th Congress will be her last term at the top of the House Democratic Caucus, leaving New York Rep. Hakeem Jeffries as the front-runner to replace her.

As part of a deal with a group of Democrats who opposed her return to the speakership in 2019, Pelosi agreed that she would serve a maximum of two more terms in the position. Although she has signaled a willingness to renege on the agreement, many Democrats believe that they will have a new leader in 2023.

Jeffries is often mentioned as the next head of the caucus. The number five Democrat in the House, Jeffries would make history as the first black leader of a party in the lower chamber. Majority Whip James Clyburn, who is also black, previously ruled out a run for the top position.

“I think it is very important and would have no problem saying that, if I had a crystal ball, I would want the leadership to be reflective of this wonderful democracy in America we live in,” Congressional Black Caucus chair and Ohio Rep. Joyce Beatty told The Washington Post. “Certainly I would like to be able to say that I was part of the process that had the first Black American to be speaker of the U.S. Congress.” 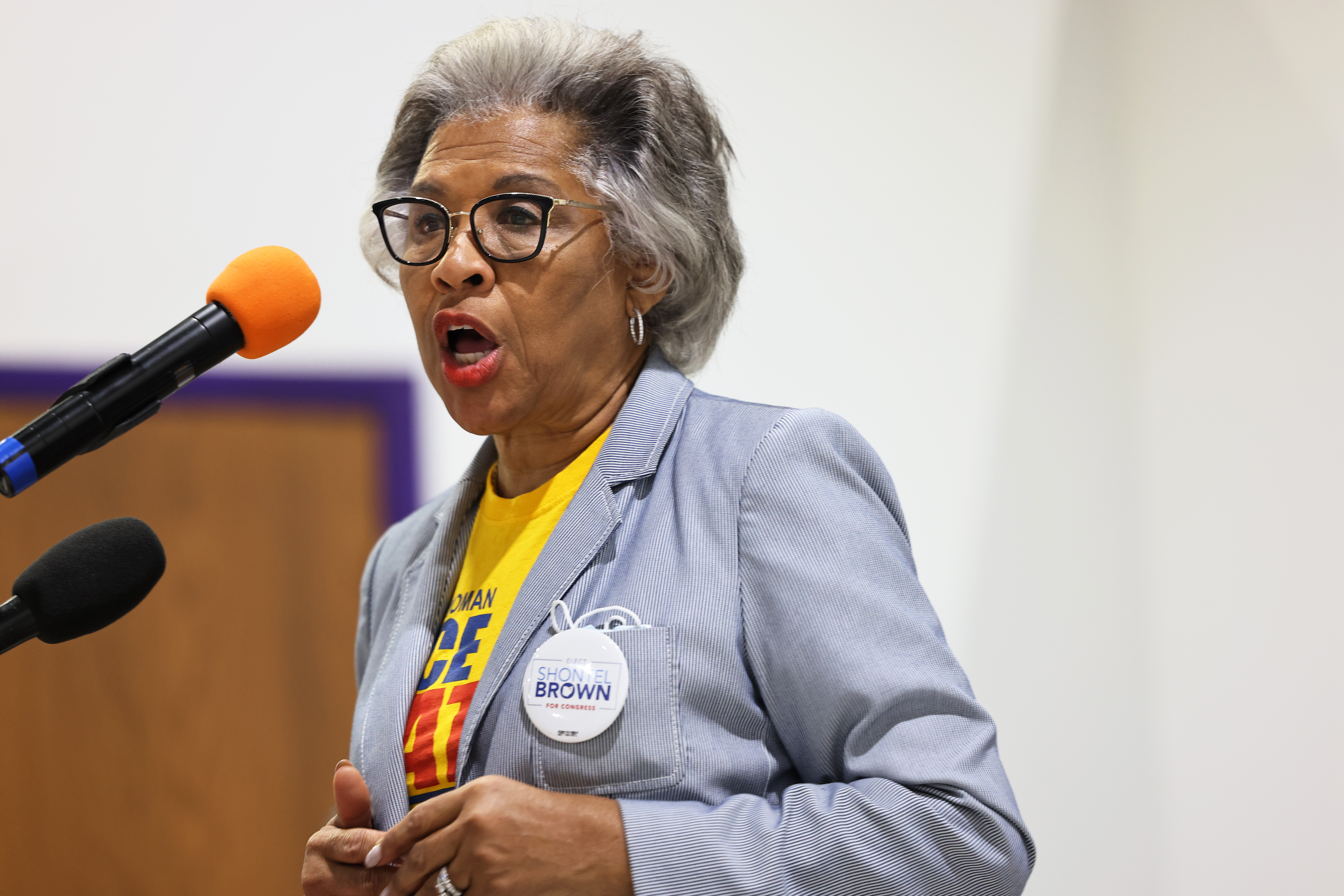 CLEVELAND, OHIO – JULY 31: Rep. Joyce Beatty (D-OH) speaks during a Cuyahoga Councilwoman and Congressional Candidate Shontel Brown Get Out the Vote campaign event at Mt Zion Fellowship on July 31, 2021 in Cleveland, Ohio. Councilwoman Brown and Congressional Candidate Nina Turner are the frontrunners ahead of 11 other Democratic candidates in the race. (Photo by Michael M. Santiago/Getty Images)

Jeffries would likely have an easier time securing the votes needed to lead House Democrats if they are in the minority. While the Speaker of the House is elected by the whole House, requiring a 218-vote majority, the majority and minority leaders only need the support of a majority of their party’s members.

The math is important due to Jeffries’ at times frosty relationship with left-wing members of the House. Although he is a member of the Congressional Progressive Caucus (CPC), Jeffries has been criticized for his support from banks and charter schools. Justice Democrats, a group aligned with fellow New York Rep. Alexandria Ocasio-Cortez, considered fielding a primary challenge against him in 2020, although the threat never came to fruition. (RELATED: Congressional Black Caucus Accuses Justice Democrats Of Trying To Unseat Black Lawmakers)

Shortly after a series of high-profile losses for left-wing candidates, punctuated by the victory of Eric Adams in a crowded Democratic primary for Mayor of New York, Jeffries blasted “extreme left [a]s obsessed with talking trash about mainstream Democrats on Twitter,” calling their lines of attack “lame.”

Jeffries’ comments could work against him. CPC chair and Washington Rep. Pramila Jayapal is also considering a run, and will “look at any opportunities that are there,” she told The Washington Post.

“We need to stop blaming progressives in the Squad for all of the problems of the Democratic Party, because that is not true,” New York Rep. Jamaal Bowman, a member of “The Squad,” added.