Turner entered the race in December with the highest profile and became the immediate frontrunner, and had the support of well-known figures on the left including Sanders, New York Rep. Alexandria Ocasio-Cortez and the rest of the “Squad.” But Brown, the chair of the Cuyahoga County Democratic Party, surged in the final weeks before the special election’s primary, securing major endorsements from the Congressional Black Caucus and figures like Hillary Clinton and House Majority Whip Jim Clyburn, and polls subsequently showed the race tightening.

Brown led Turner 50.1% to 44.4% when the latter conceded the race just after 10 p.m.: “This campaign on this night, we will not cross the river,” she said. But she blamed her loss on outside groups that had uniformly aligned themselves against her.

“I am going to work hard to ensure that something like this doesn’t happen to another progressive candidate again,” Turner vowed. “We didn’t lose this race, evil money manipulated and maligned this election.”

In special elections in Louisiana and New Mexico earlier this year, low-profile moderates trounced both their progressive challengers and Republican opponents alike. In New York City, Brooklyn Borough President Eric Adams is all but certain to become mayor after campaigning on a platform of fighting violent crime and reconnecting police officers with the communities they serve instead of defunding them like some progressives have championed. (RELATED: Eric Adams Shows That Progressives Dominate The Dialogue Only To Lose Elections)

Her loss also comes amid heightened tensions between moderate Democrats and those on the left. Clyburn said his decision, in part, to endorse Brown came after his opposition to progressive rhetoric like “defund the police,” warning that it could damage Democrats’ standing in the future.

“What I try to do is demonstrate by precept and example how we are to proceed as a party,” Clyburn said. “When I spoke out against sloganeering, like ‘Burn, baby, burn’ in the 1960s and ‘defund the police,’ which I think is cutting the throats of the party, I know exactly where my constituents are. They are against that, and I’m against that.” 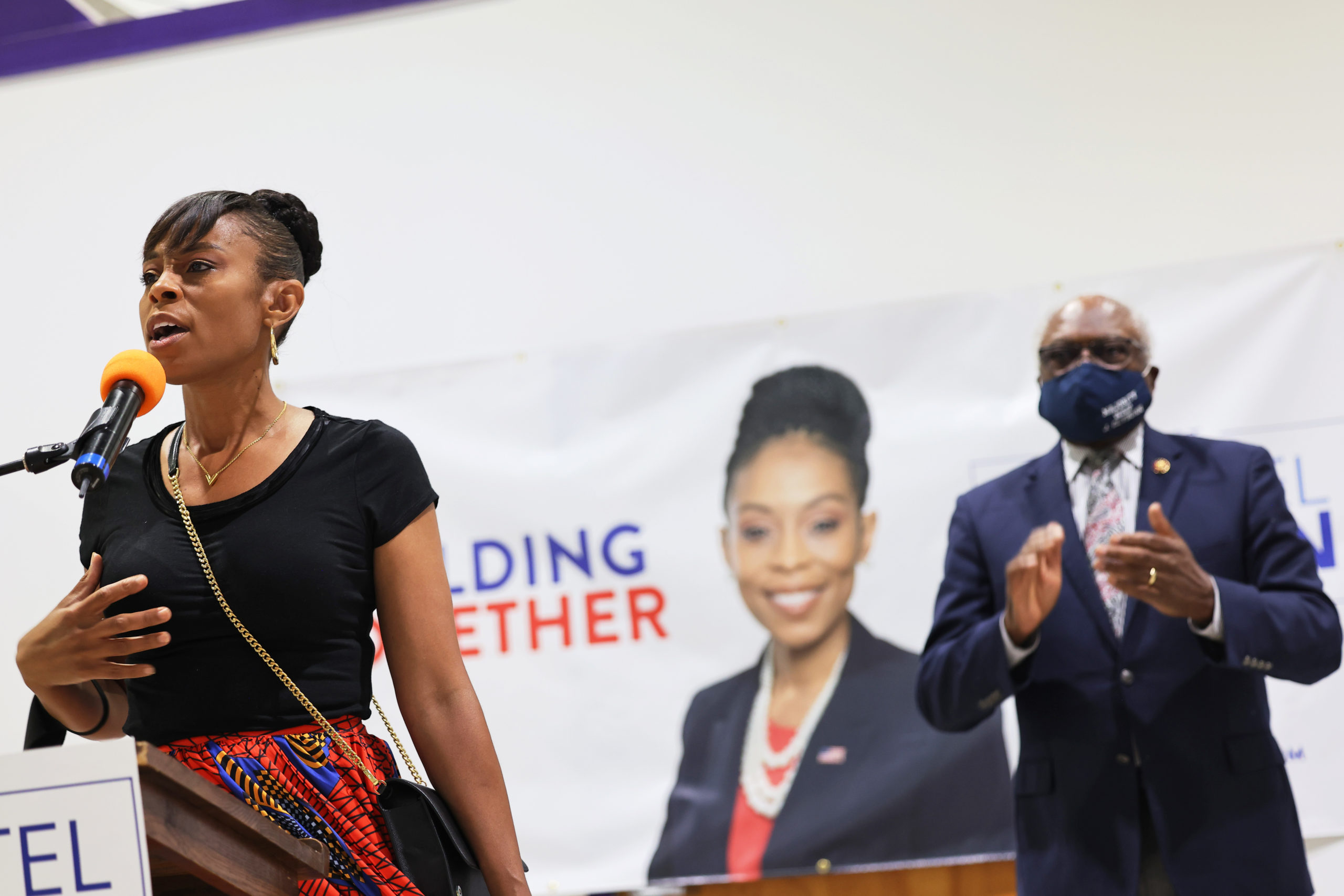 Progressives in Congress, including Sanders, have also been skeptical of the bipartisan infrastructure bill being debated in the Senate, with some hinging their support for it on Democrats’ proposed $3.5 trillion reconciliation package that funds priorities from climate change to child care and Medicare expansions.

Turner herself has frustrated moderate Democrats in the past. In addition to her outspoken support for Medicare-for-All and “defund the police,” she also likened voting for President Joe Biden to eating “a bowl of shit,” and said that he has “repeatedly betrayed black voters” during the 2020 Democratic primaries.

Another special election occurred in Ohio’s 15th Congressional District, near Columbus, to succeed former Republican Rep. Steve Stivers, who resigned in April. Coal lobbyist Mike Carey, who was endorsed by former President Donald Trump, cruised to victory with a 36% of the vote, beating the closest two challengers by over 20 points.

The election in the 11th district was to succeed former Rep. Marcia Fudge, who resigned to become Biden’s secretary of Housing and Urban Development.

Both Brown and Carey are both extremely likely to win their general elections in November given their districts’ sharp liberal and conservative leanings, respectively. Democrats currently hold just a three-seat margin in the House after Texas Republican Rep. Jake Ellzey was sworn in by House Speaker Nancy Pelosi on Friday.