Cook’s $3 million base salary remained stable in 2021, but he received a $12 million bonus for hitting Apple’s financial and environmental sustainability goals, $1.39 million in other compensation and $82.35 million in stock awards. (RELATED: Apple To Require Masks In All Its Stores Due To ‘Rising’ COVID-19 Cases)

The tech giant’s stock surged roughly 80% in 2021, with demand soaring for its iPhone 13 and laptops as students and workers remained at home during the pandemic, the WSJ reported.

Apple’s surging stock price briefly took its market capitalization to $3 trillion on Monday, making it the first U.S. company to cross the threshold. 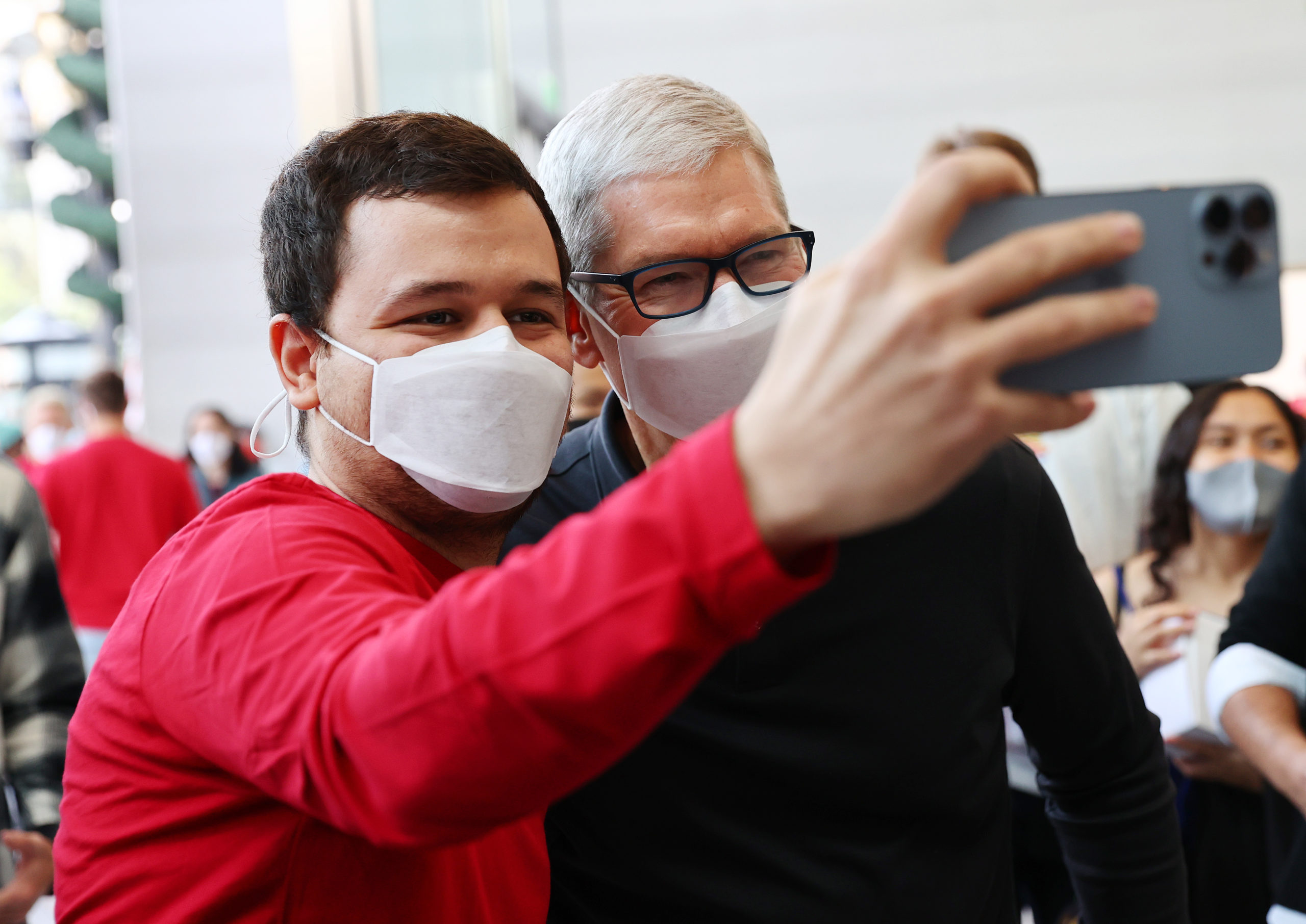 Apple CEO Tim Cook (R) poses for a selfie with a person at the grand opening event for the new Apple store at The Grove on November 19, 2021, in Los Angeles, California. (Photo by Mario Tama/Getty Images)

Cook’s compensation was 1,447 times the median Apple employee’s total pay of $68,254, CNBC reported. The executive plans to donate the majority of his earnings to charity, the WSJ reported.

Last year marked the 10th anniversary of Cook taking over as chief executive of Apple from co-founder Steve Jobs, the WSJ reported.

“It has been a remarkable decade for Apple, and in 2021 Mr. Cook was granted an equity award for the first time since he was promoted to the CEO role,” the company said according to WSJ.

Apple’s stock has surged over 1,100% since Cook began his tenure as its leader, almost tripling the increase of the S&P 500, according to the WSJ.