Zemmour was convicted over his comments about unaccompanied migrant children, the NYT reported. He had said “they have nothing to do here. They are thieves, they are murderers, they are rapists, that’s all they are.”

The comments were made in September 2020, after Zemmour was asked a question about a knife attack by a young Pakistani immigrant, BBC News reported. He was fined $11,400 by a Paris criminal court, but his lawyers said he would appeal the decision.

In a statement announcing his intention to appeal the verdict, Zemmour accused the court of issuing an “ideological and stupid” ruling that was against his “free spirit,” the NYT reported. (RELATED: French First Lady Brigitte Macron Sues Over Conspiracy Theory That She Is Transgender) 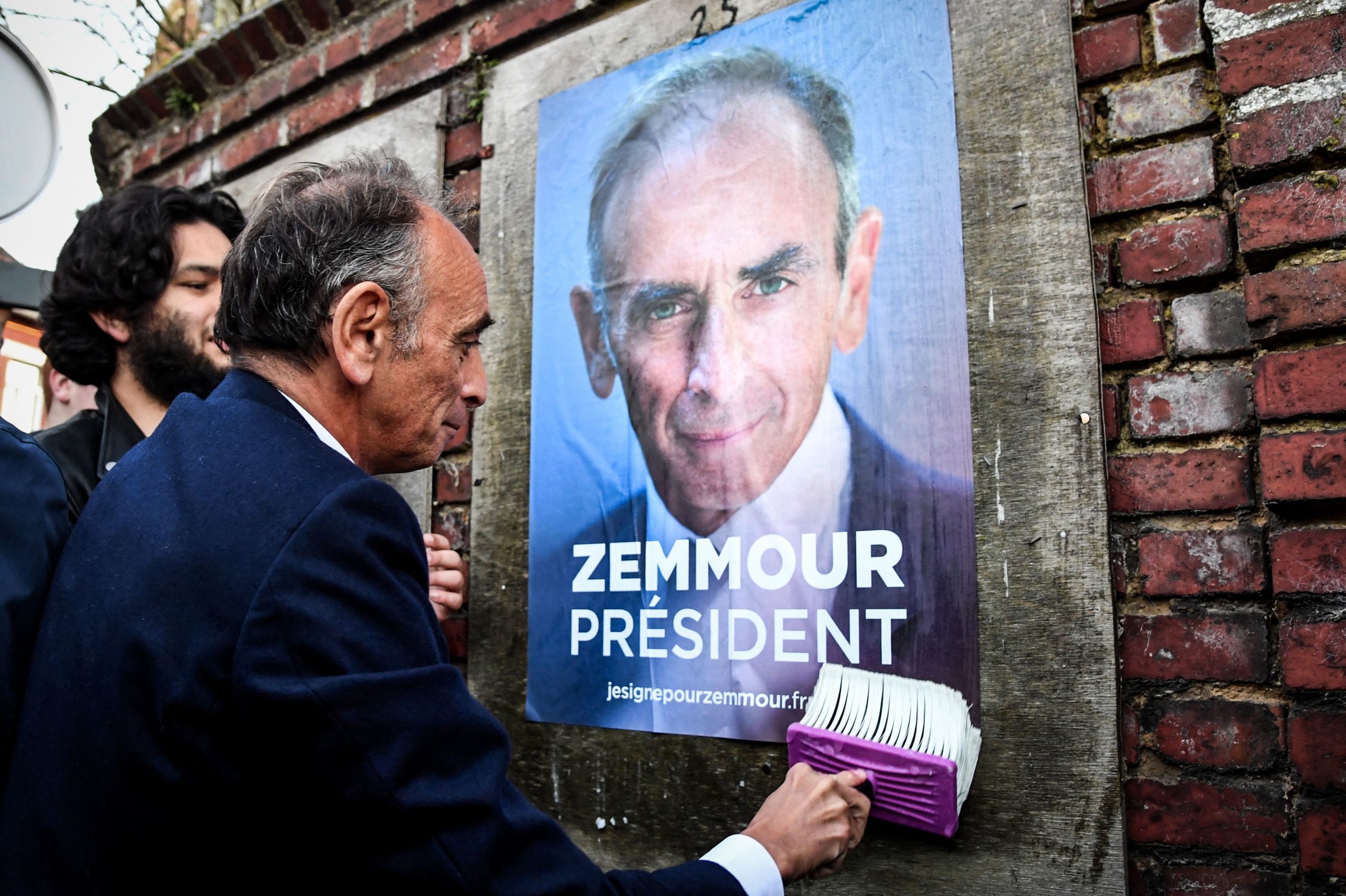 French far-right party Reconquete! presidential candidate Eric Zemmour glues a campaign poster on a wall during a campaign visit in the northern France village of Honnecourt-sur-Escaut on January 14, 2022. (Photo by BERTRAND GUAY/AFP via Getty Images)

“We want the end of this system that tightens the noose around freedom of expression and democratic debate a bit more each day,” Zemmour said. The television personality turned-politician has repeatedly violated French laws targeting defamation or acts provoking hatred or violence on the basis of race, religion and other factors, the NYT reported.

He was similarly convicted in 2011 for suggesting that the majority of criminals in France were “Black and Arab” and that employers “have the right” to decline to employ those groups, the NYT reported. In 2016, Zemmour was convicted for alleging France was being invaded by Muslims, whom he accused of supporting jihadist terrorists.

Zemmour’s popularity surged in the polls before he even announced his presidential bid, but he has struggled to maintain this momentum, the NYT reported. He is currently polling in fourth place and has yet to receive the official backing of at least 500 elected representatives, a requirement to appear on the ballot in April.