A tsunami triggered by an eruption of an underwater volcano caused widespread oil spills near a refinery in Peru, The Associated Press reported.

Peruvian President Pedro Castillo declared an environmental state of emergency after an oil spill contaminated 21 beaches in Peru, the AP reported. A tsunami reportedly triggered by an eruption of an underwater volcano near Tonga delivered surging waves near the refinery. (RELATED: Oil Spill Devastates Wildlife Off Coast Of California)

Castillo said he will form a committee to ensure management of the incident falls within the country’s environmental standards, the AP reported. Peruvian Prime Minister Mirtha Vásquez said Repsol, the Spanish firm operating the plant, would help to clean up the spill, assisting local fishermen and delivering food to the affecting families. 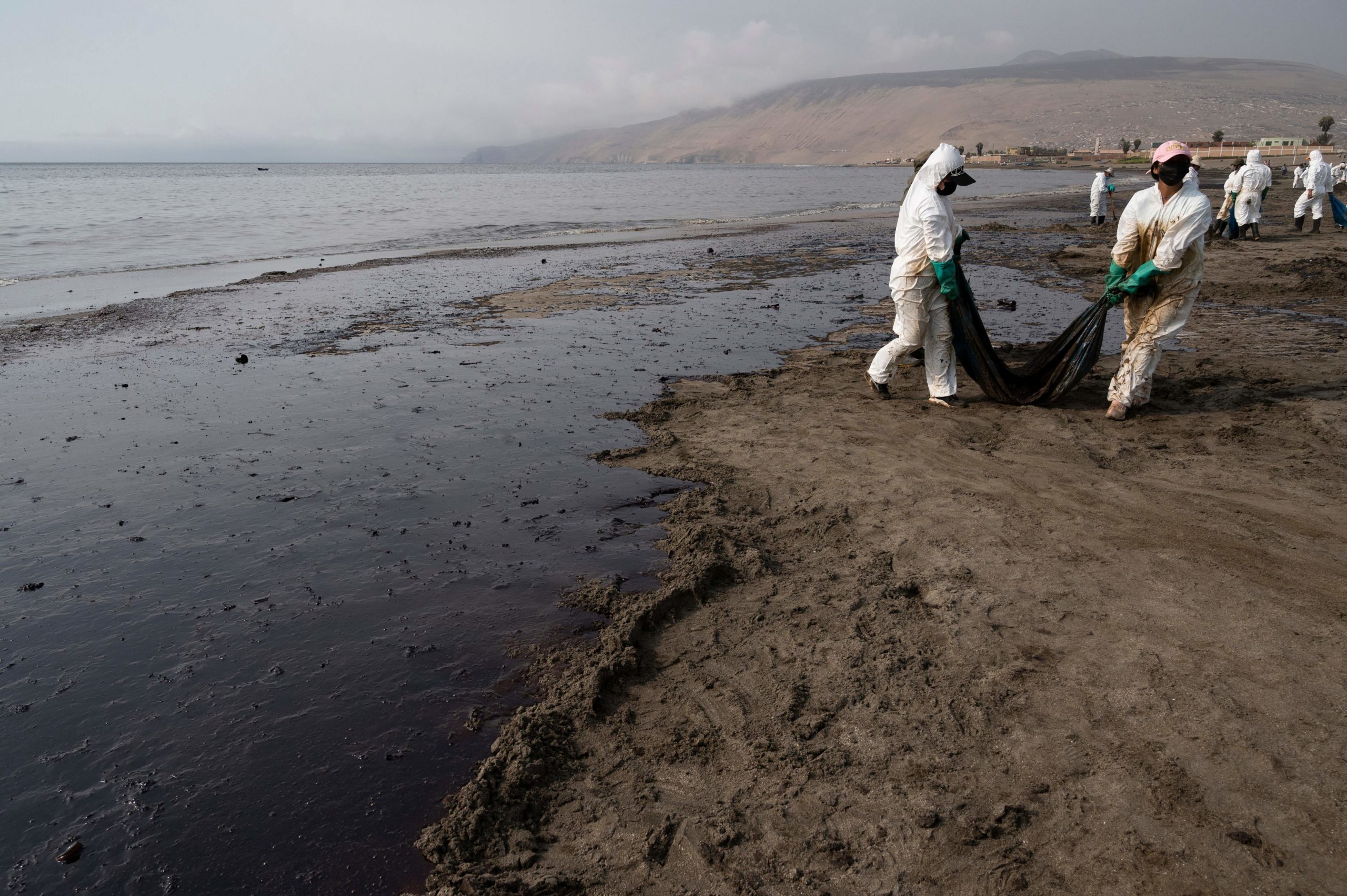 Cleaning crews work to remove oil from a beach annexed to the summer resort town of Ancon, northern Lima, on January 20, 2022, after a spill which occurred during the offloading process of the Italian-flagged tanker “Mare Doricum” at La Pampilla refinery caused by the abnormal waves recorded after the volcanic eruption in Tonga. (Photo by CRIS BOURONCLE/AFP via Getty Images)

The United Nations will also send a team of experts to Peru to manage the cleanup, the AP reported. The 21 affected beaches are closed for health concerns until the cleanup is completed.

An Italian ship in the Pacific Ocean spilled 6,000 barrels of oil on Saturday in front of the La Pampilla refinery, the AP reported. Officials found oil-stained or dead birds as a result of the spill.