A British court ruled that Assange can appeal to the U.K.’s Supreme Court over a December decision, which permitted him to be extradited to the U.S., the New York Times reported. Assange’s fiancee, Stella Moris, described the ruling as a victory and said “the Supreme Court has good grounds to hear this appeal.”

“What happened in court today is precisely what we wanted to happen,” Morris said Monday outside the Royal Courts of Justice in London. “Make no mistake, we won today in court.”

U.S. authorities told British judges that, if convicted, Assange might be able to serve time in Australia, the New York Times reported. Authorities also claimed the WikiLeaks founder would not be serving any time at an infamous supermax facility in Colorado or in solitary confinement.

In his ruling Monday, Lord Chief Justice Ian Burnett said that Assange’s mental health has become too weak and would gradually deteriorate if placed in a U.S. federal prison. He also asked the U.K. Supreme Court to “take steps to expedite consideration” if an appeal application is made. (RELATED: US Promises Not To Hold Julian Assange In Supermax Prison If Extradited) 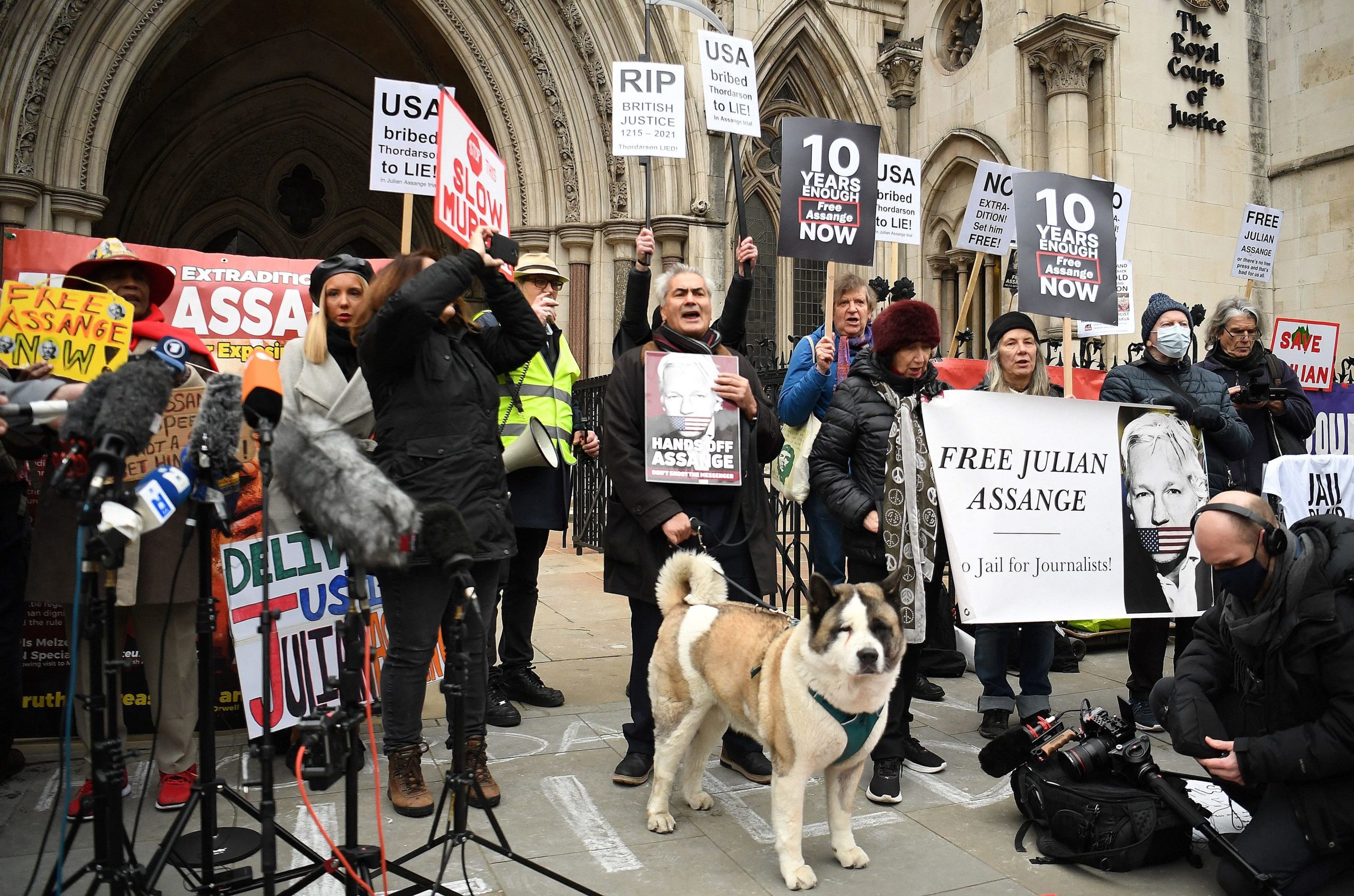 Supporters of WikiLeaks founder Julian Assange hold a placard during a protest against his extradition to the US outside the High Court in London on January 24, 2022. – Assange was given permission to appeal to the UK Supreme Court against a decision to extradite him to the United States. The High Court in London approved a bid by the publisher’s lawyers to take the case to the country’s highest court on “points of law of general public importance”. (Photo by Daniel LEAL / AFP) (Photo by DANIEL LEAL/AFP via Getty Images)

Assange faces 17 counts of espionage and 1 count of computer misuse after he published thousands of leaked documents about American involvement in Iraq and Afghanistan in 2010 and 2011, CNBC reported. If convicted, he faces a maximum sentence of 175 years in prison.

“Julian continues to suffer – for almost three years, he’s been in Belmarsh prison, and he is suffering profoundly day after day, week after week, year after year,” Morris went on to say.

“We will fight this until Julian is free,” she added.