A maskless high schooler in Loudoun County, Virginia, was suspended for 10 days for failing to comply with the district’s mask mandate, according to documentation obtained by the Daily Caller.

Loudoun County Public School (LCPS) parents Scott and Karen Mineo were informed Feb. 2 that their 11th-grade maskless daughter would be suspended from Stone Bridge High School for “willful or continued disobedience of school rules and regulations or school personnel.” The first paragraph of the letter states that the suspension is in effect for 10 days, though the second paragraph states that the suspension ends when the student “is in compliance with LCPS mitigation policies.” 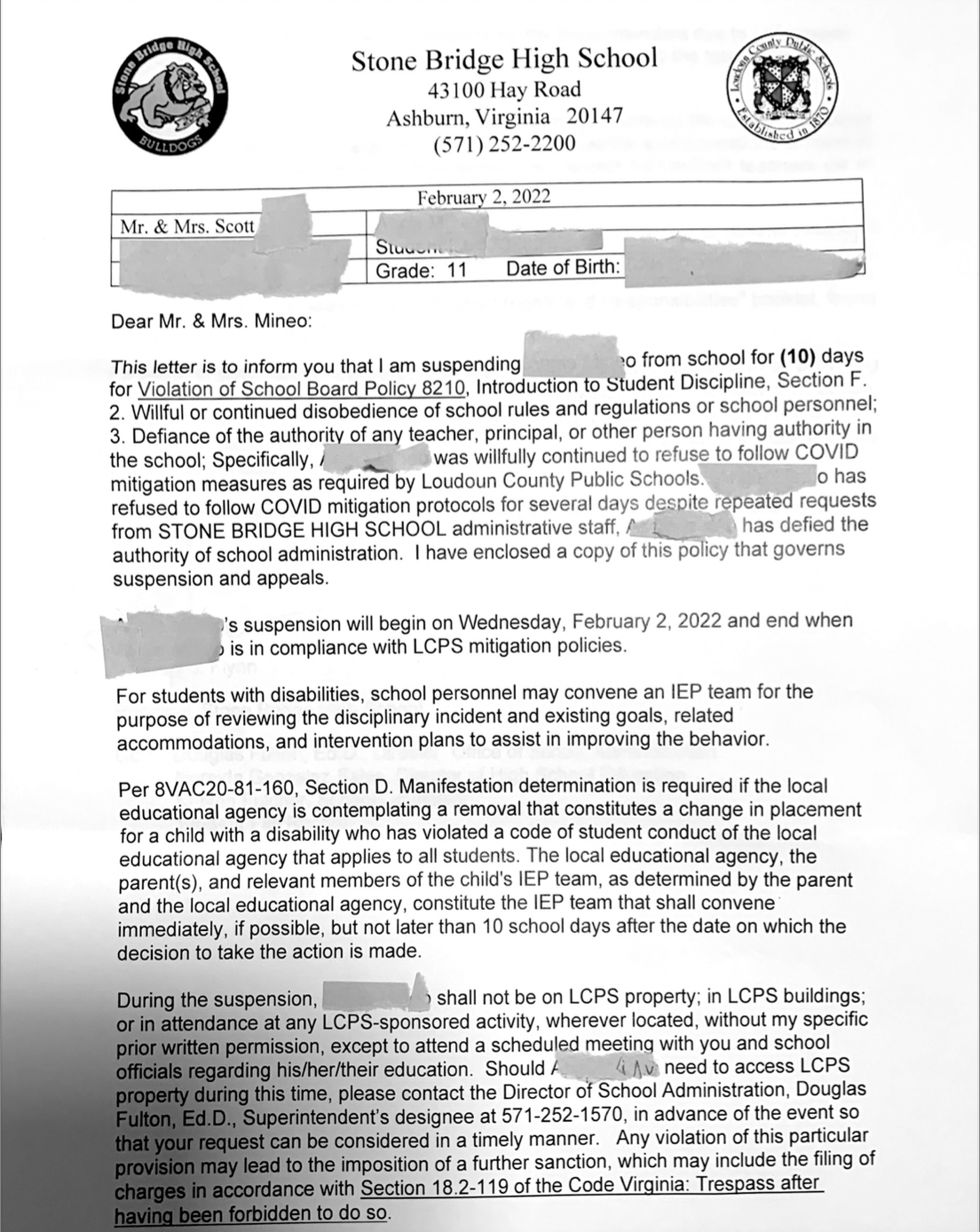 At the bottom of the suspension letter, the Mineos were informed that if their daughter violated her suspension, she could be charged with “trespassing.” (RELATED: Virginia Mother Calls Radio Show Crying After Her Maskless Child Was Allegedly Detained In Principal’s Office)

In Virginia, trespassing is a Class I felony that holds a 12-month jail sentence or $2,500 fine pic.twitter.com/lawXgLIfI5

“I think you’ll be seeing some moves from our office in the next 24 hours on behalf of those parents in Loudoun,” Miyares said.

Loudoun County Public School’s spokesperson Wayde Byard told the Daily Caller that suspended students have access to their schoolwork through “Schoology.” Byard confirmed that students will be suspended for 10 days or “until they comply with the LCPS COVID-19 mitigation practices.”

“As soon as students comply, the suspension will end,” Byard said. “Students who continue to refuse to wear a mask after 10 days will be recommended for further action.”