The White House has approved a plan from the Pentagon to utilize almost 2,000 U.S. troops in Poland to aid in the evacuation of Americans from Ukraine, should Russia decide to invade, The Wall Street Journal reported.

The plan consists of 1,700 troops from the 82nd Airborne Division deploying to Poland and setting up checkpoints, tent camps and other temporary facilities along the Ukrainian border, U.S. officials told the WSJ. The troops reportedly would not be authorized to enter Ukraine and would not evacuate Americans or launch aircraft missions from inside the country.

The goal of the plan is to provide logistical support to evacuation efforts from Poland after Americans arrive from Ukraine, U.S. officials told the WSJ. There are roughly 30,000 Americans in Ukraine who would be transported out of the country by land and without U.S. military support if Russia attacked, the WSJ reported. 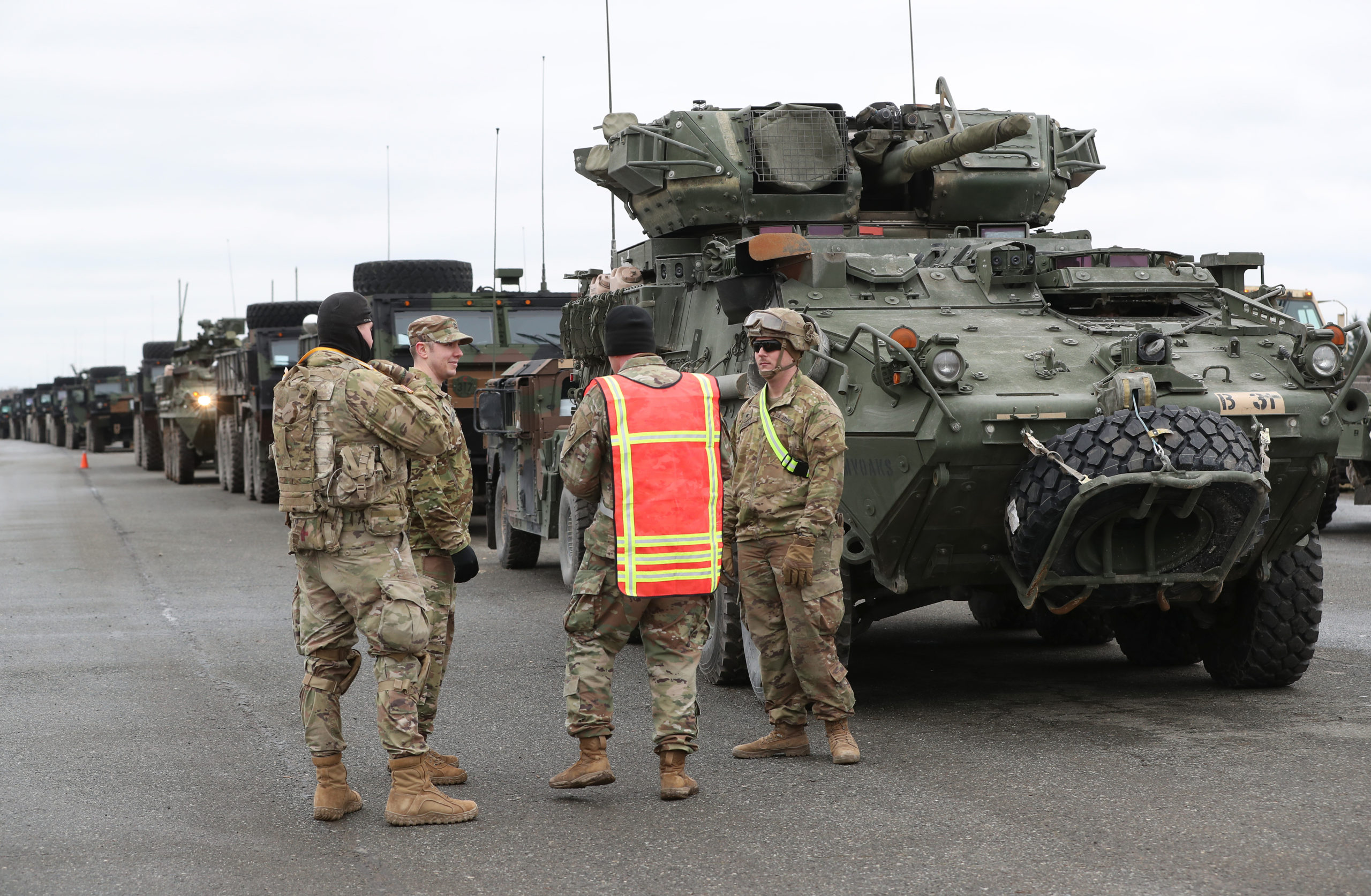 Soldiers of 2nd Squadron, 2nd Cavalry Regiment of the U.S. Army are pictured during the preparation of armoured combat vehicles before deploying to Romania on February 09, 2022 in Vilseck, Germany. The troops will join other US troops already there as part of a coordinated deployment of NATO forces across eastern Europe. (Photo by Alexandra Beier/Getty Images)

Moscow has amassed up to 130,000 troops along the Ukrainian border and demanded NATO rescind its promise to admit the country to the organization. President Joe Biden, who faced criticism for a chaotic withdrawal from Afghanistan, said on Monday that it would be “wise” for Americans to leave Ukraine.

“I would hate to see them get caught in a crossfire if in fact [Russia] did invade. There’s no need for that, and if I were they and were there I’d say leave,” Biden said. (RELATED: Tulsi Gabbard Says Sen. Wicker ‘Must Be Insane, A Sociopath Or A Sadist’ For Hinting At Nuclear War With Russia)

Diplomatic talks have thus far failed to de-escalate the situation, but France said Russian President Vladimir Putin agreed not to launch any new “military initiatives, which the Kremlin has denied.