The Russian foreign ministry released a list of actions on Friday that it wants NATO to take amid the ongoing threat of an invasion of Ukraine, Reuters reported.

Russia demanded NATO rescind its 2008 promise to Ukraine and Georgia that the two nations would join the organization, as well as pledge that it would not deploy weapons to countries that are along its border, Reuters reported.

The requirement would give Russia an effective veto power over NATO membership, which both the U.S. and Ukraine have said is off the table, Reuters reported.

“It is a fundamental principle that every nation has the right to choose its own path … including what kind of security arrangements it wants to be part of,” NATO Secretary-General Jens Stoltenberg said Friday. (RELATED: Tulsi Gabbard Says Sen. Wicker ‘Must Be Insane, A Sociopath Or A Sadist’ For Hinting At Nuclear War With Russia)

“NATO’s relationship with Ukraine is going to be decided by the 30 NATO allies and Ukraine, no one else,” he added. “We cannot accept that Russia is trying to re-establish a system where big powers … have spheres of influence, where they can control and decide what other members do.” 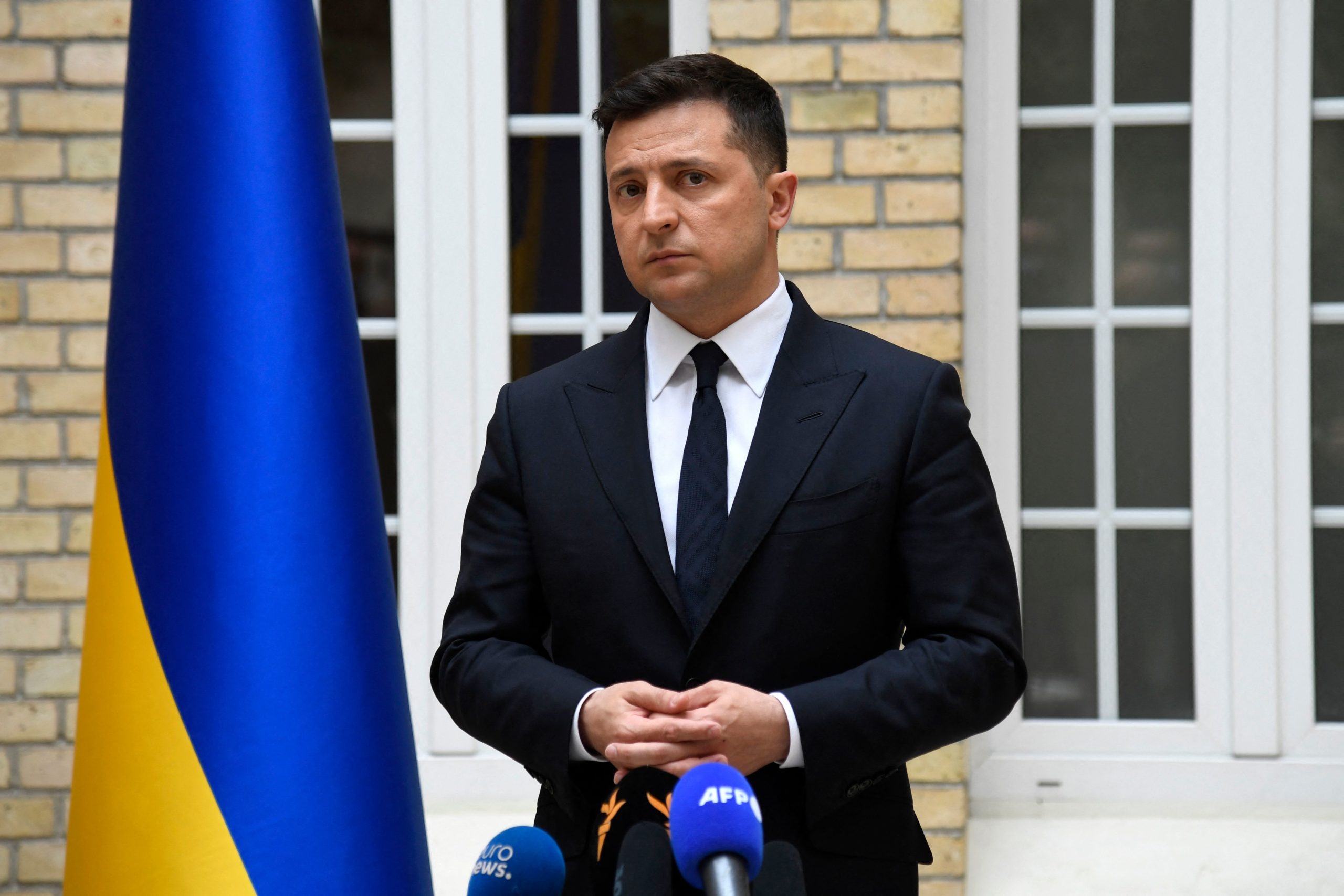 Ukrainian President Volodymyr Zelensky looks on during a press conference at the Ukraine’s embassy in Paris on April 16, 2021 after a working lunch with French President. (Photo by BERTRAND GUAY/AFP via Getty Images)

The foreign ministry alleged that Ukraine becoming a part of NATO would lead to defense weapons being placed in the country that would create security risks for Russia, Reuters reported.

“Such irresponsible behavior creates unacceptable threats to our security and provokes serious military risks for all parties involved, right up to the point of a large-scale conflict in Europe,” the ministry’s statement said.

“In the fundamental interests of European security, it is necessary to formally disavow the decision of the 2008 NATO Bucharest summit that ‘Ukraine and Georgia will become NATO members,'” it added.

U.S. intelligence estimates Russia has amassed approximately 100,000 troops at its border with Ukraine and devised plans to invade. Ukrainian Defense Minister Oleksiy Reznikov said a Russian invasion would prove to be a “bloody massacre.”