It’s hard to find a national issue with bipartisan 75% support (and only 5% opposition). Those are the numbers of Americans who want to restrict congressional members from trading stock. It’s not surprising that Congress still hasn’t acted; a lot of members want to keep making money stock trading while in office. A competent congressional leadership would push this issue, but it’s not clear we have that today.

There is a growing sentiment in America that those in power are playing by a different set of rules. Politicians flouting their own COVID-19 restrictions have exacerbated this long-running trend.

The Pew Research Center has been measuring trust in government for 70 years. During that period, trust peaked at 77% in 1964 under President Lyndon Johnson. Besides a couple blips during the first Iraq War and right after 9/11, trust in government has been on a continual decline ever since. Today? Only 24% trust the federal government.

Try to think of something more corrosive to a country than its people losing faith in the inherent fairness of the system. Once trust is gone, people stop believing anything from official sources. People are liable to adopt all sorts of wild conspiracy theories. Sound familiar?

So why are those in power doing so little to build back trust? Nothing points out the complete breakdown in American politics more than the utter lack of any effort from politicians to restore lost trust. In Washington, there’s a lot of bemoaning the state of play in America today, yet there’s been no real effort to fix the key trust issue. Partly as a result, according to Gallup, only 18% of Americans approve of the job Congress is doing. The president’s ratings are not much higher. (RELATED: Here’s How Popular Top Officials Are Among Americans)

A majority of Americans feel that those they send to Washington are in it for themselves, a conclusion that is not without factual grounding. The days of citizen legislators serving their community and then returning home are long gone. Of the retiring members of Congress going to the private sector, nearly two-thirds now go to work for lobbying firms, consulting firms, trade groups or business groups that influence federal government activities. Corporate influence is now a full-blown business sector. Congress is just a stepping stone to the top of this multimillion-dollar business line. People are onto it. 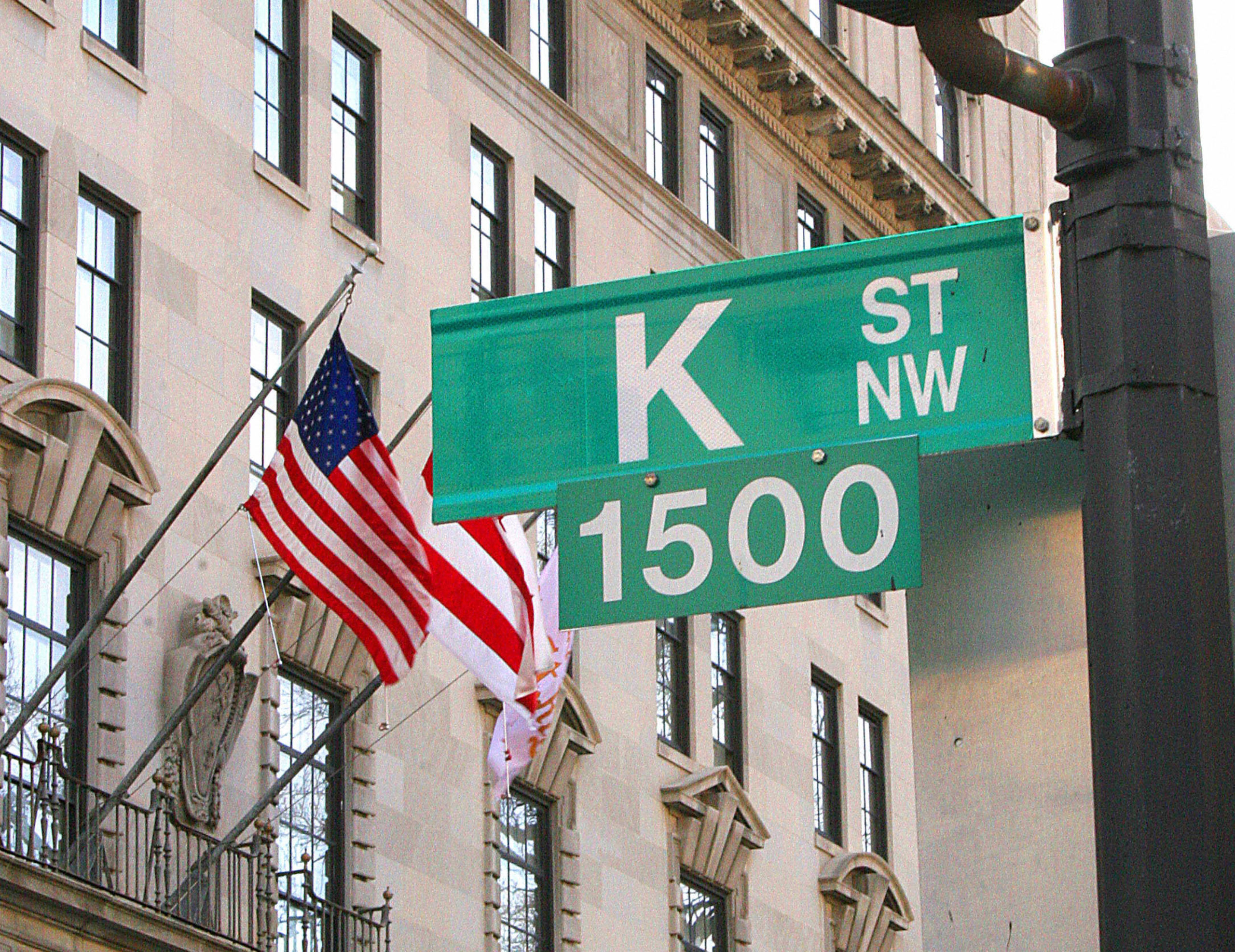 Washington, UNITED STATES: A sign showing K Street is shown 01 February 2006 in Washington,DC. A stone’s throw from the White House, K Street is an alternative corridor of power in US politics, packed with thick carpeted offices and lobbyists with even deeper pockets. AFP PHOTO/KAREN BLEIER (Photo credit should read KAREN BLEIER/AFP via Getty Images)

The revolving door in Congress is just part of the problem. In recent years, there have been an accelerating number of reports of national leaders enriching themselves with potential insider stock trading. Members of the Federal Reserve have the ability to move the financial markets more than perhaps any other government officials. The vice chair of the Fed recently resigned over a stock trading scandal. Many other Fed officials are embroiled in the same. An investigation by The Wall Street Journal identified 131 federal judges who traded in stocks of companies before them in the courtroom. Finally, Business Insider recently completed an investigation that found 55 members of Congress violating a federal law designed to stop insider stock trading in Congress. Members on both sides of the aisle are currently embroiled in stock trading controversies.

House Speaker Nancy Pelosi, whose husband makes millions trading stocks, is on record that members of Congress should be able to trade individual stocks. She defends her position based on the proposition that “we are a free market economy” and members of Congress should be able to participate in that. (RELATED: REPORT: Democratic Rep. Elaine Luria Doesn’t Like Proposed Congressional Stock Trading Ban, Calls It ‘Bullsh*t’)

Yes, you got that right. Pelosi is in favor of government regulation of virtually every aspect of American life. Yet she and her husband have made millions on trades while she has been in a position of leadership. So when it comes to trading stocks, she’s suddenly some sort of libertarian. She thinks people will buy this. I disagree. 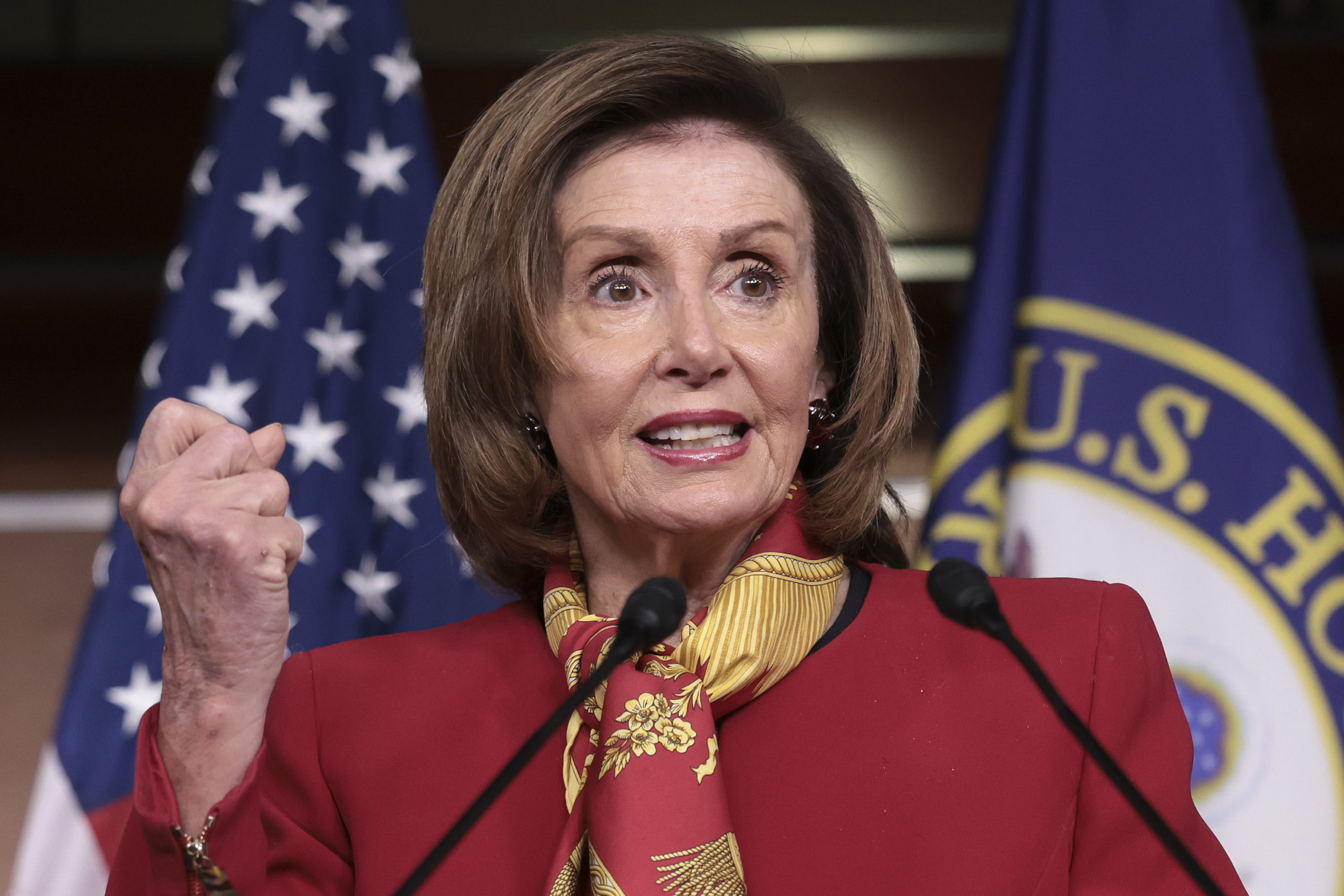 WASHINGTON, DC – FEBRUARY 09: Speaker of the House Nancy Pelosi answers questions during a press conference at the U.S. Capitol on February 09, 2022 in Washington, DC.  (Photo by Win McNamee/Getty Images)

Due to the Democrats’ mishandling of the pandemic, the botched Afghanistan withdrawal and President Joe Biden’s inability to rebut the radicals in his own party, Republicans have the opportunity to take back both the House and the Senate in 2022. Engaging the American people on the crucial issue of public trust could put them over the top. To date, Republicans have chosen not to take this easy win.

The win is easy because, unlike many national issues, the solution is easy. The American people have a right to expect those in positions of public trust and responsibility to live up to a high standard. Members of Congress have a lot of power. They have enough power to move financial markets and to affect the prospects of individual companies. It is not too much to ask them to refrain from profiting from this power. We do this already with executive branch officials who must comply with a federal criminal conflicts of interest law (passed by Congress ironically). Senior members of government must place their investments in a blind trust or hold diversified mutual funds. It’s that simple. If they don’t, they face potential criminal liability for participating in any debate that could affect their investment holdings. (RELATED: Energy Secretary Granholm Violated STOCK Act 9 Times In 2021, Spox Blames ‘Clerical Error’)

There are numerous bills supported by members of both parties that would place similar restrictions on stock holdings by members of Congress. There is a legitimate argument that we do not want to place restrictions that are so strict they would disincentivize competent people from serving. Lord knows we need all the competent people we can get in Washington. But requiring investments to be placed in a blind trust or in a diversified mutual fund is not overly restrictive. Members could still benefit from gains in the U.S. economy, but their constituents would know that their decisions are not designed to pad personal stock portfolios.

For some reason, the Republican leaders have not yet leveraged this issue as a key way to distinguish themselves for the coming election cycle. Fighting to rebuild trust is the right thing to do, and it’s a huge win politically. Pelosi has given them a gift. Republicans should take it.