Some airlines appear to be avoiding Ukrainian airspace amid fears of a Russian invasion, while the country’s biggest airline has lost insurance for some of its aircraft flying within the airspace.

Ukraine International Airlines (UIA) announced Monday that insurers cancelled its coverage for some aircraft responsible for flying in Ukrainian airspace, according to Reuters. The announcement coincides with other airlines, like Dutch airline KLM, reportedly halting flights to Ukraine and avoiding its airspace.

“UIA is making efforts and is constantly negotiating with insurance companies, the ministry of infrastructure of Ukraine, the state aviation administration and hopes for mutual understanding,” UIA said of the insurance cancellations, according to Reuters.

In an attempt to keep flights flowing through Ukraine, the country’s Prime Minister Denys Shmygal announced Sunday that the government set aside over $590 million U.S. dollars dedicated to ensuring flights can safely travel through Ukrainian airspace, Reuters reported. It’s unclear how this could affect airlines and insurers’ decision regarding flying through Ukraine amid fears of a Russian invasion. 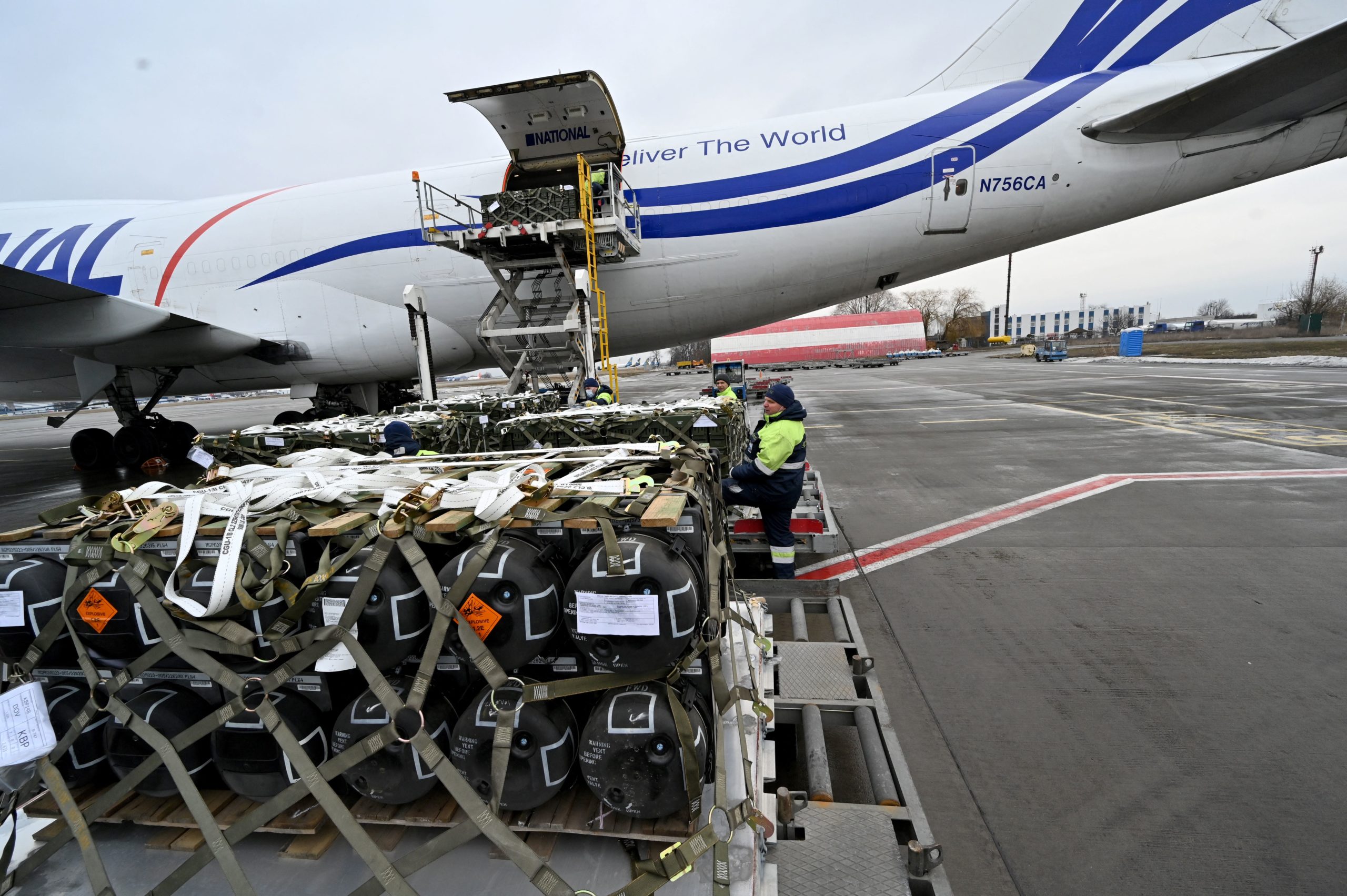 Employees unload a Boeing 747-412 plane with the FGM-148 Javelin, American man-portable anti-tank missile provided by US to Ukraine as part of US military support to Ukraine, at Kyiv’s airport Boryspil on February 11,2022, amid the crisis linked with the threat of Russia’s invasion. (Photo by Sergei SUPINSKY / AFP) (Photo by SERGEI SUPINSKY/AFP via Getty Images)

The re-routing of flights and insurance cancellations coincide with warnings from the U.S. government that Russia could choose to invade Ukraine at any point. National security adviser Jake Sullivan warned Americans living in Ukraine on Friday that they should depart “as soon as possible.”

Sullivan offered a bleak prediction of the chaos that would occur should Russia choose to invade – and highlighted how a potential invasion would likely start “with aerial bombing and missile attacks.” (RELATED: ‘Things Could Go Crazy, Quickly’: Biden Says He ‘Didn’t Have To Tell’ Putin Not To Harm Americans In Ukraine)

“No one would be able to count on air or rail or road departures once military action got underway,” Sullivan added. “Now again, I’m not standing here and saying what is going to happen or not happen. I’m only standing here to say that the risk is now high enough and the threat is immediate enough.”

Airlines’ fears follow a deadly event in 2014 that occurred when Malaysia Airlines flight MH17 was shot down while flying over Ukraine. Western intelligence subsequently concluded pro-Russian rebels in eastern Ukraine were responsible, though Russia has denied involvement, according to NPR.