Russia announced that some of its troops would return to base after completing military drills, and NATO is cautiously optimistic about possible de-escalation in the region, CNN reported.

Troops from Russian military districts began to return to their home stations, the country’s defense ministry said Tuesday, CNN reported. It was not announced where the troops would be permanently stationed, and the Ukrainian foreign minister expressed skepticism that Russia would actually follow through on de-escalation.

NATO has yet to see “any sign of deescalation on the ground,” Secretary General Jens Stoltenberg said, but he noted that “signs from Moscow that diplomacy should continue” were grounds for cautious optimism, CNN reported.

“We have noticed today that Russia is claiming that they are moving towards some sort of de-escalation. We are monitoring the situation,” U.S. ambassador to NATO Julianne Smith said Tuesday, CNN reported. “We will have to verify whether or not that is in fact the case.” 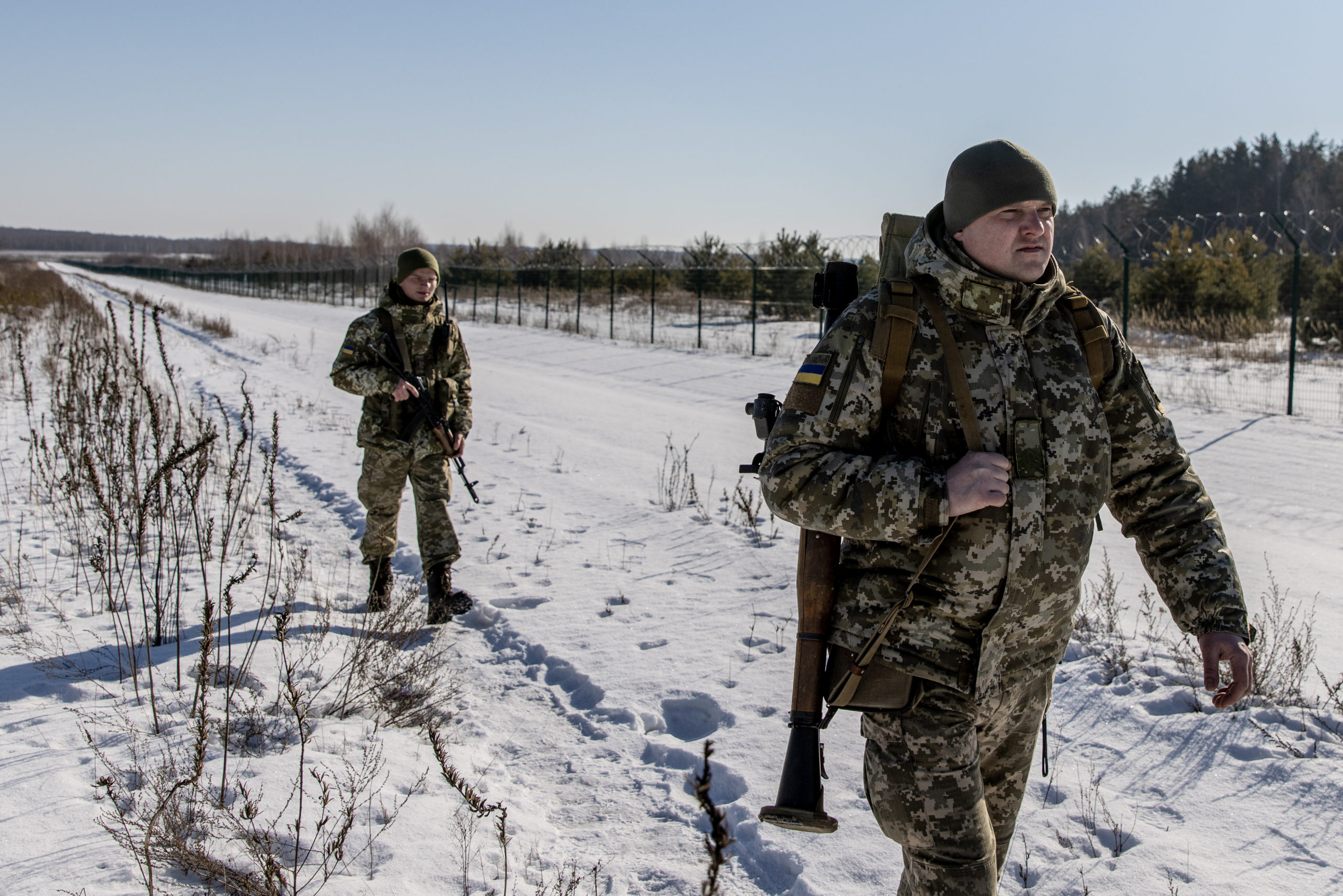 Members of the Ukrainian Border Guard patrol along the Ukrainian border fence at the Three Sisters border crossing between, Ukraine, Russia and Belarus on February 14, 2022 in Senkivka, Ukraine. (Photo by Chris McGrath/Getty Images)

“In the armed forces of the Russian Federation, a complex of large-scale operational training measures by the forces continues, with almost all military districts, fleets and airborne troops taking part in them,” Konashenkov said. “As part of the test of the reaction forces of the Union State, a joint Russian-Belarusian exercise ‘Allied Resolve-2022’ is being held on the territory of the Republic of Belarus.”

Russian President Vladimir Putin said on Tuesday that he was “ready to work further” with theWest to address its security concerns and find a path to de-escalation, after meeting with German Chancellor Olaf Scholz, Al Jazeera reported.