The Senate on Tuesday narrowly confirmed Dr. Robert Califf to lead the Food and Drug Administration (FDA) on a vote that divided members in both parties.

Califf, who was previously confirmed for the same post in 2015, came under attack ahead of the vote for his ties to the pharmaceutical industry, with some senators directly tying him to hundreds of thousands of American opioid deaths. But senators in both parties also spoke in support of Califf and said that the agency was desperately in need of a leader.

“He’s the leader we need today but also for the future,” North Carolina Sen. Richard Burr, the top Republican on the Senate Health, Education, Labor and Pensions Committee, said on the floor ahead of the vote.

Califf was confirmed with overwhelming bipartisan support in 2015, with only four senators voting no. One of those was West Virginia Sen. Joe Manchin, who repeatedly spoke out against Califf and his alleged worsening of the opioid epidemic.

“In the five years since Dr. Califf was [first] confirmed, more than 400,000 Americans and 5,000 West Virginians have died from drug-related overdose,” Manchin said in a floor speech Monday, going on to describe how yearly deaths had only risen throughout the pandemic. “Let’s not beat around the bush. Dr. Califf bears a great deal of responsibility for these deaths.” (RELATED: Manchin Blasts Biden’s FDA Pick, Alleges He Shares ‘A Great Deal Of Responsibility’ For The Opioid Epidemic) 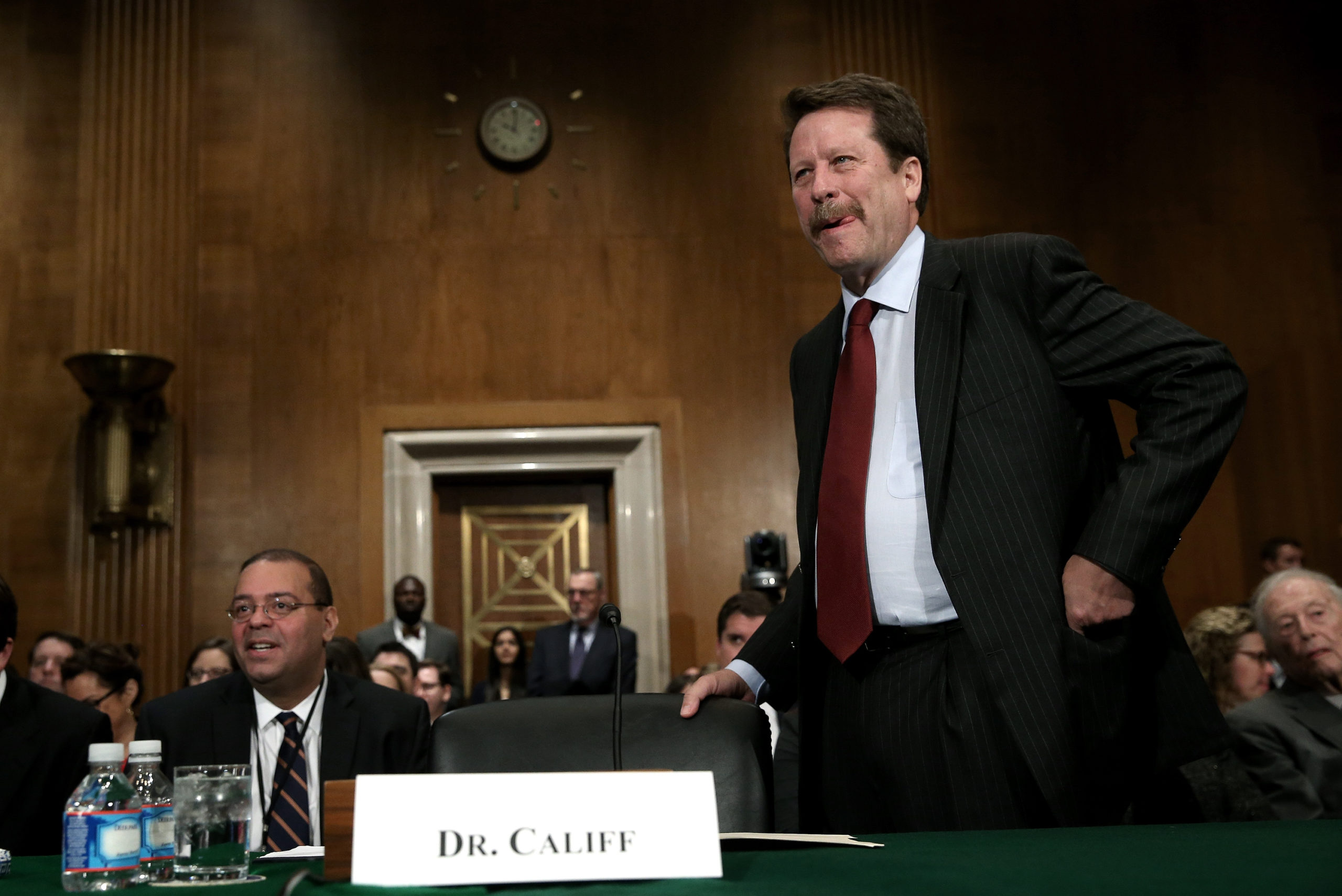 Other Democratic senators who opposed Califf’s nomination included Connecticut Sen. Richard Blumenthal, Massachusetts Sen. Ed Markey, New Hampshire Sen. Maggie Hassan and Sanders. “If we have any hope of ending the epidemic of opioid overdose deaths, Dr. Califf is simply not that person for the FDA,” Markey said before the vote.

Despite some senators’ staunch opposition, the White House touted Califf as extremely qualified and the right choice for the moment.

“Dr. Robert Califf is one of the most experienced clinical trialists in the country, and has the experience and expertise to lead the Food and Drug Administration during a critical time in our nation’s fight to put an end to the coronavirus pandemic,” President Joe Biden said in statement announcing Califf’s nomination in November 2021. “I am confident Dr. Califf will ensure that the FDA continues its science and data driven decision-making,” Biden said.